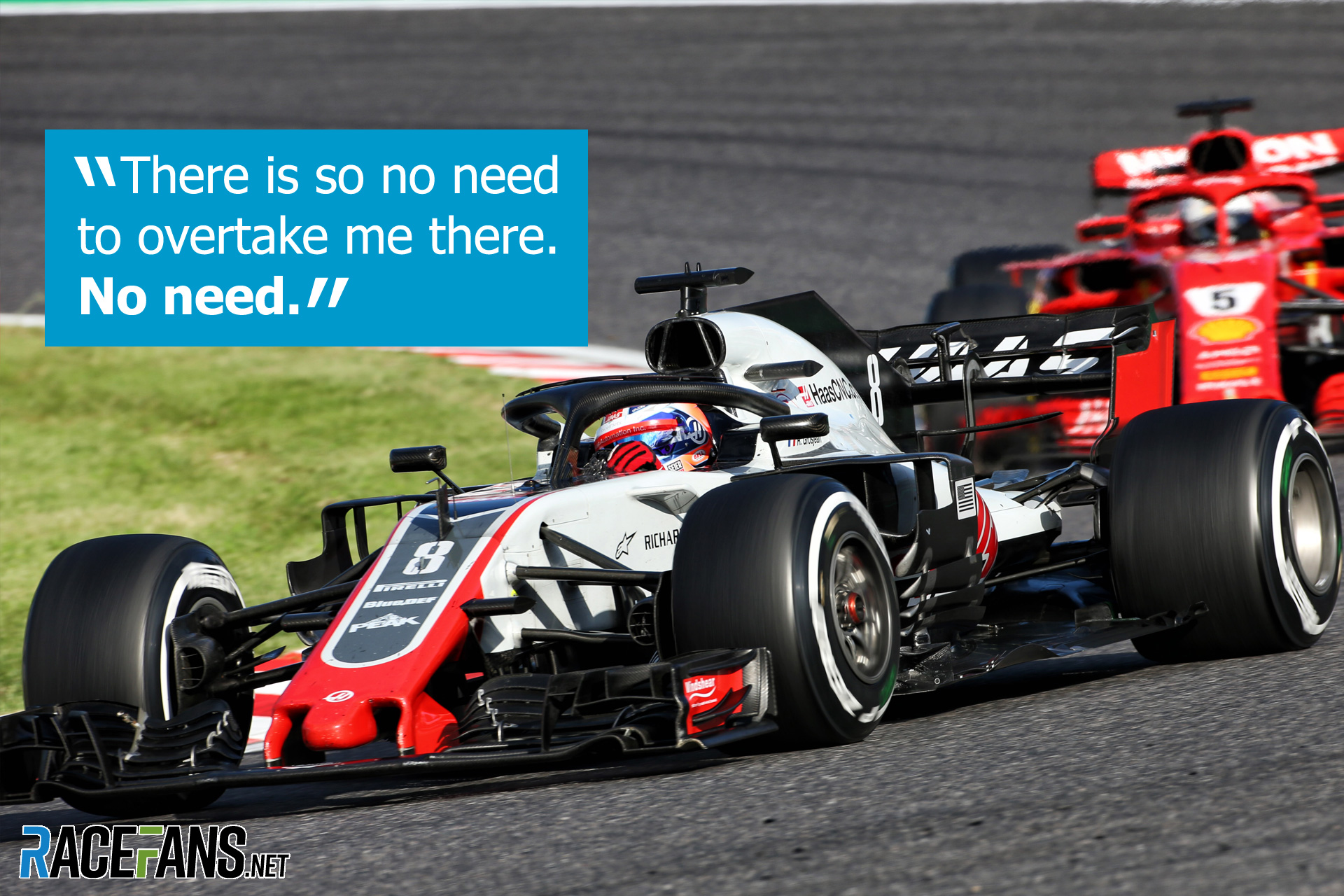 Revisit the Japanese Grand Prix as seen by the drivers with over 250 of the most revealing radio messages from last weekend’s race.

Before the race began Toro Rosso were advised by the FIA to revert a settings change on their power unit in order to comply with the regulations.

Max Verstappen went off at the chicane as lap one came to an end, leading to a tangle with Kimi Raikkonen.

Meanwhile Fernando Alonso and Lance Stroll also clashed at the chicane. The Williams driver was penalised for hitting Alonso, but the McLaren driver also received a penalty for cutting the chicane following the collision.

Unable to use the optimum settings on his upgraded Honda power unit, Gasly was struggling to keep the Force Indias behind.

The Safety Car was deployed after Kevin Magnussen and Charles Leclerc collided.

The Toro Rosso drivers continued to struggle with tyre problems as well as power delivery concerns.

Towards the end of the Safety Car period Marcus Ericsson ran into the back of his team mate.

Verstappen was given a five-second penalty for the collision with Raikkonen.

Having tangled with one Ferrari, Verstappen then collided with the other.

Alonso hit the roof when he was told about his penalty:

Around the middle of the race Lewis Hamilton began to experience some problems with power delivery. After the race the team said these were different to the ones he experienced at the previous race in Sochi and they expect to have them resolved for the next race.

Romain Grosjean was unimpressed by the manner in which the recovering Vettel overtook him.

However Grosjean was even less impressed when Sergio Perez nipped by him after a Virtual Safety Car period. The Haas driver was on his radio omcplaining about the Force India’s restart even as Perez drew alongside him at the exit of 130R to complete the pass.

While Hamilton was thrilled with his ninth win of the season, a dejected Vettel sounded like he knew his title hopes were over.