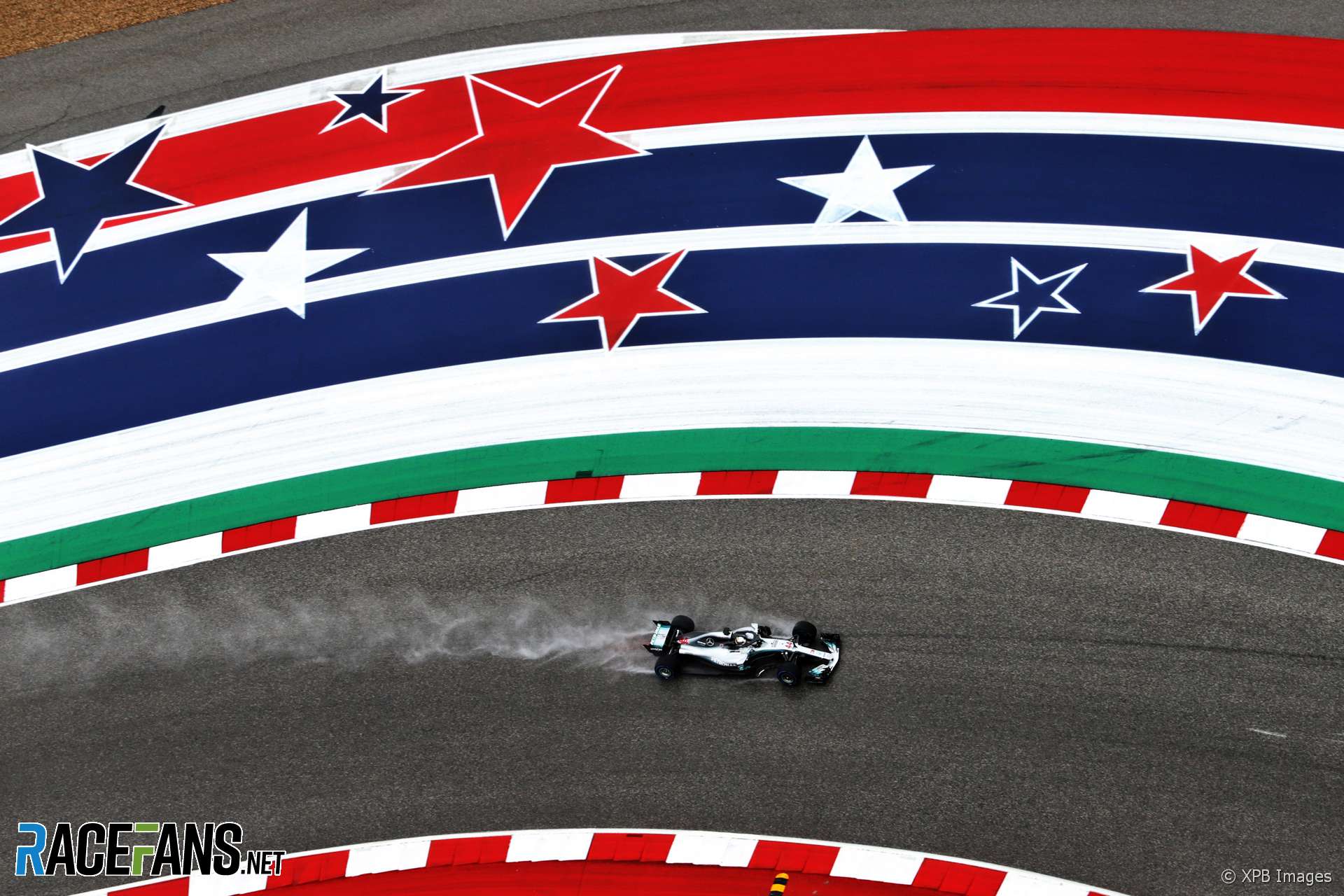 Lewis Hamilton led a one-two for Mercedes in a wet first practice session at the Circuit of the Americas.

The session began on a wet track which never dried sufficiently for anything other than intermediate tyres to be the compound of choice for setting lap times.

The Red Bull pair set the pace initially while the track was at its wettest, before Valtteri Bottas hit the track and lowered the best time to a 1’48.806.

The session was interrupted briefly after Charles Leclerc spun off at turn eight. The Sauber driver, whose start to the session had been delayed while the Sauber team worked on a problem with his car, dragged a considerable amount of gravel onto the track as he rejoined, and practice was temporarily red-flagged so it could be cleared away.

When the session resumed Hamilton took to the track for his first significant run and quickly lowered the best time by 1.3 seconds. The Ferrari drivers couldn’t get close: indeed, Sebastian Vettel’s best effort left him behind the second of the Red Bulls.

Carlos Sainz Jnr led the remaining runners, seven-tenths of a second off Kimi Raikkonen’s Ferrari. The rest of the top 10 was filled by Ferrari-powered cars: Romain Grosjean’s Haas and the Sauber pair, led by Leclerc.

The two McLarens narrowly missed out on the top 10. Fernando Alonso was just two-hundredths of a second away and test driver Lando Norris, substituting for Stoffel Vandoorne, was within two-tenths of a second off his team mate.

The only other test driver in the session fared less well. Toro Rosso’s Sean Gelael gradually got closer to the pace but ended up eight-tenths of a second off the next-slowest car and 1.4 seconds slower than Pierre Gasly. The latter ran a new engine and will take a grid penalty for Sunday’s race.

Nicholas Latifi was scheduled to run for Force India but the team made a last-minute decision to use their regular driver line-up of Sergio Perez and Esteban Ocon instead.

21 comments on “Hamilton leads Mercedes one-two in the rain”