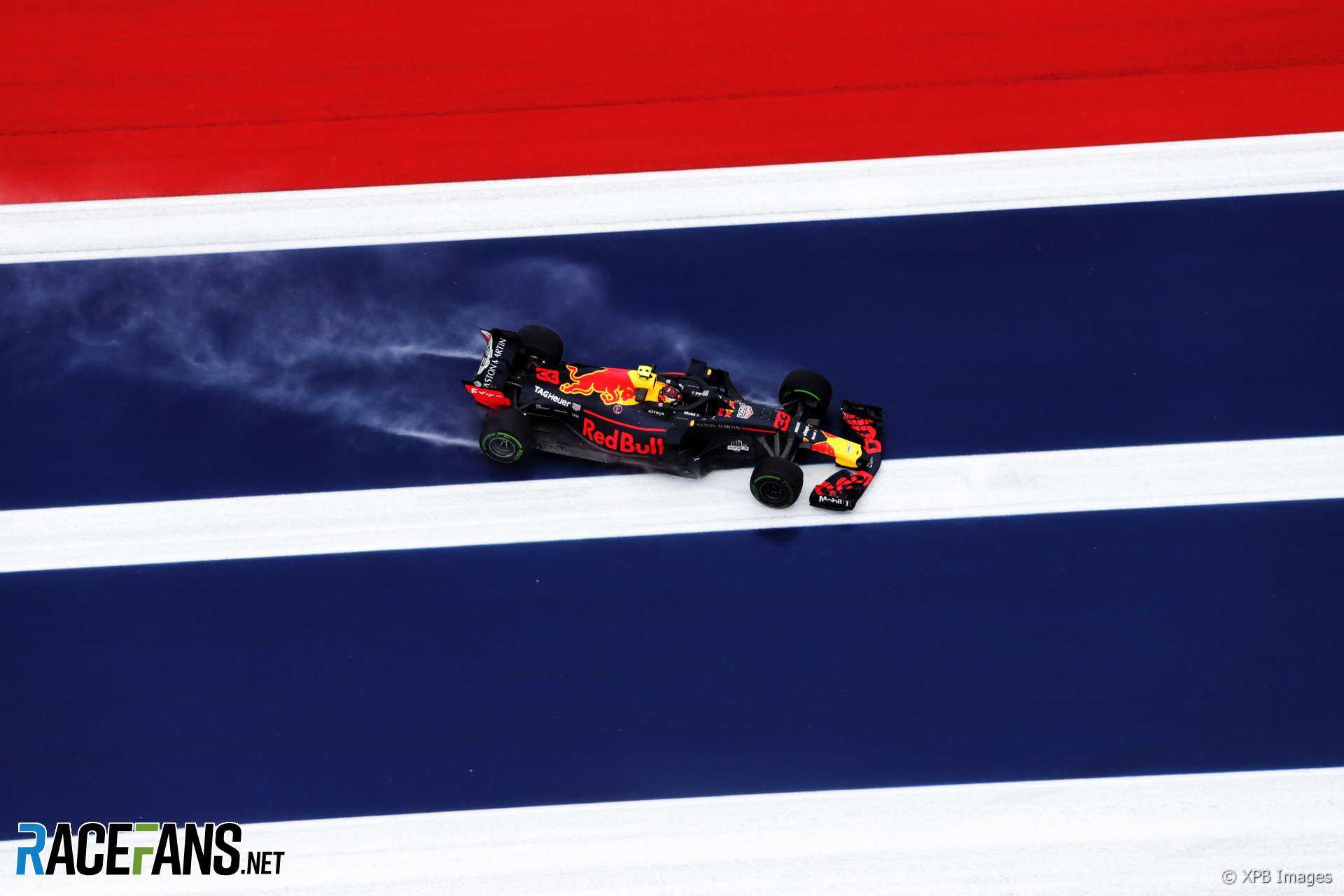 Formula 1 drivers face having their lap times deleted if they run wide at turn 19 during the upcoming qualifying session for the United States Grand Prix.

Revised rules for this weekend’s race state drivers lap times will not be counted if they leave the track at the penultimate corner.

“If a driver crosses the kerb on the exit of turn 19 during qualifying and, as a result, no part of the car remains in contact with the red and white section of the kerb, the lap time of the driver concerned will be deleted by the stewards,” the clarification states.

The corner will also be policed more strictly during the race. “A black and white flag will be shown to any driver who clears the red and white section of the kerb three times,” the drivers have been told.

“Any further occurrence will then be reported to the stewards. Each time any car clears the red and white section teams will be informed via the official messaging system.”

The stewards also confirmed Brendon Hartley will join his team mate Pierre Gasly at the back of the grid for the race. Both Toro Rosso drivers now have new power units for the weekend and have exceeded their minimum allocation.