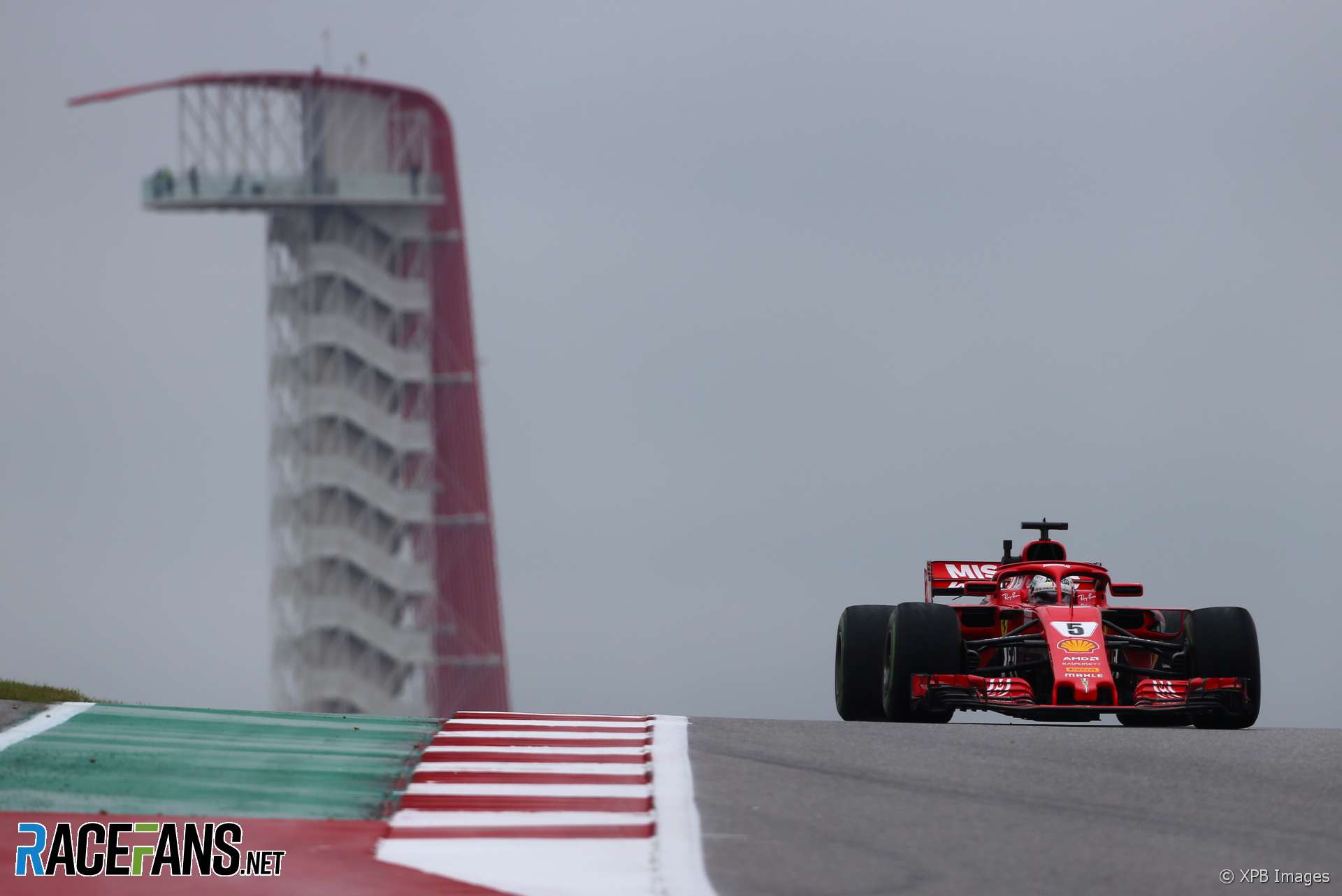 The Ferrari driver was penalised for failing to reduce his speed sufficiently when first practice was stopped. Vettel described the decision as “wrong” and one of his rivals said his penalty was “harsh”.

However Whiting told Sky the rules had been enforced consistently in line with previous incidents.

“I have some sympathy of course because it’s quite a big penalty,” he said. “The precedent was set in Australia this year when Daniel [Ricciardo], he got mixed up between positive and negative as I understand it, but that was the precedent that was set and the stewards have been trying to follow that precedent.”

Asked whether the rules needed to be revised to give drivers more time to reduce their speed, Whiting said: “It shouldn’t need it.

“Seb actually took nearly 28 seconds to get down to the reference time which is quite a long time, quite honestly. It’s normally well under 10, i.e. less than one of our marshalling sectors.”

“We’ve got a loop at every marshal light so here we’ve got 20 different sectors,” he explained. “We look in real time, we can see, we know what the reference time is and the drivers’ time for that sector is green if he’s positive, red if he’s negative. It’s very simple to check.”

The rule requiring drivers to reduce their speed to a target lap time during red flag periods is new for this season.

“It’s just an extension of the rules that we apply to Virtual Safety Car] and [Safety Car] situations. What the drivers have to now under red flag is exactly what they’ve been doing for years under VSC and SC.

“They follow a speed that’s been sent to their dashboards, they have a reference lap and they have to stay positive to that reference lap., i.e. slower. And Seb didn’t.”

RaceFans understands Formula 1 teams previously expressed to the FIA that red flag speeding infringements should be punished with grid penalties rather than fines, to prevent drivers hurrying back to the pits under red flags to save time knowing they aren’t at risk of a sporting penalty.

All three drivers who have been caught driving too quickly under a red flag have resulted in three-place grid penalties. The stewards also do not take the championship situation into consideration when deciding on penalties.