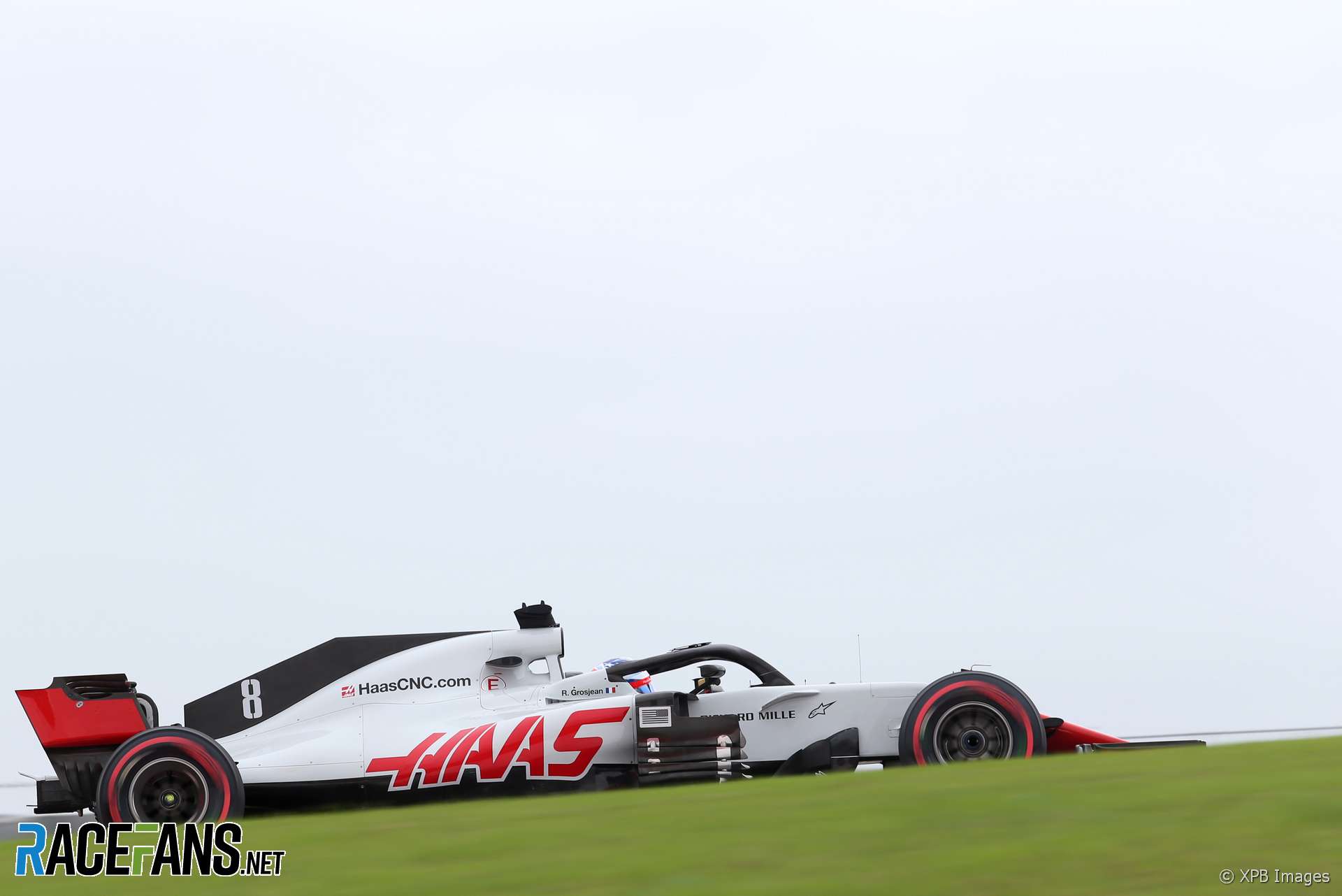 Romain Grosjean has been given his 10th penalty point for his collision with Charles Leclerc.

The Haas driver is now just two points away from a ban. He will not have any points deducted until after the Mexican Grand Prix.

Grosjean was also given a three-place grid penalty for the next race.

“Video evidence showed that entering turn 12 car eight [Grosjean] locked tyres and made contact with car 16,” the stewards noted. “As a result of the incident both cars suffered damage and car eight had to retire.

“The stewards noted that car eight lifted and braked early because of the positions of the cars in front, but nevertheless car eight made contact with car 16. The stewards awarded just one penalty point in recognition of the circumstances.”

Grosjean said he struggled to slow his car due to the turbulence from the cars ahead.

“I was fighting with Charles and Esteban [Ocon]. I got to turn 12 and I braked early because I was behind them.

“I didn’t want to take much risk, but I ended up in the dirty air and I couldn’t stop the car. I tried to avoid the contact as much as I could, but Charles was trying to get a good exit and I hit him.

“I feel sorry for Charles and I’m frustrated for the team. This being our home race, we wanted to do well. It’s not been a great afternoon.”