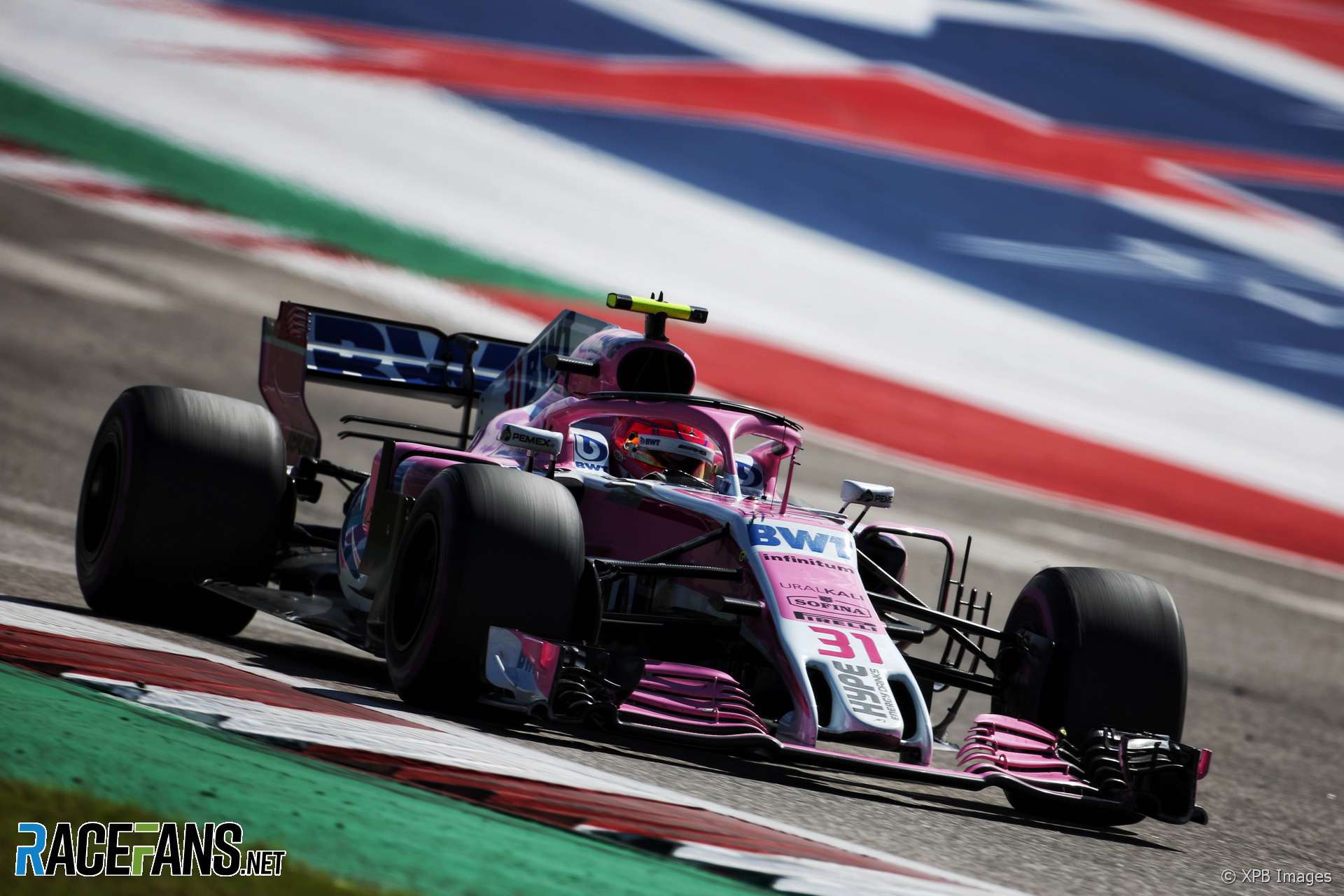 Lance Stroll and Carlos Sainz Jnr have been given penalty points for their incidents during the United States Grand Prix, while Esteban Ocon is under investigation.

Stroll received two points on his licence in addition to his drive-through penalty in the race for causing a collision with Fernando Alonso on the first lap.

“During the first lap car 18 [Stroll] left the track and while re-joining at turn four made contact with car 14 [Alonso],” the stewards noted. “As a result of the incident car 14 retired.

“The stewards considered that the driver of car 18 is fully to blame for the incident.”

Sainz was given one penalty point and a five-second time penalty after he was found to have kept his position by running off the track at turn one. However the stewards cleared him of crossing the white line at pit entry during his reconnaissance lap, ruling he had returned to the track safely.

Sainz is now on three penalty points, Stroll seven. Daniel Ricciardo and Sebastian Vettel were cleared of blame for their collision on the first lap.

22 comments on “Stroll and Sainz get penalty points, Ocon under investigation”