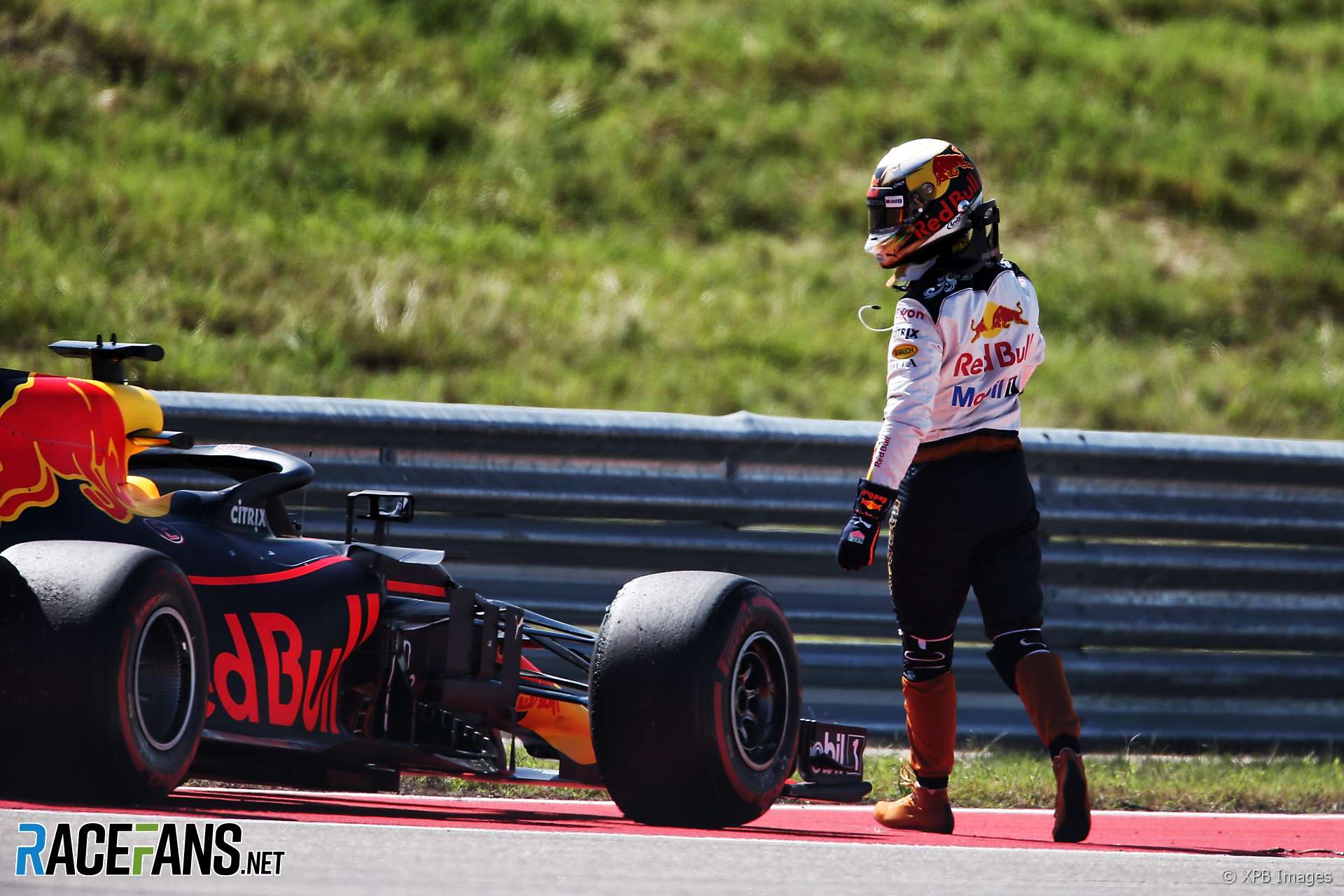 The power unit fault which put Daniel Ricciardo out of the United States Grand Prix was exactly the same as the one he suffered in Bahrain, according to Red Bull team principal Christian Horner.

“The hairpin he was coming out of he had exactly the same failure as in Bahrain earlier in the year,” Horner explained. “It looks a major issue in the energy store, and it just takes all power out to the power unit.”

Ricciardo shouldn’t have to take a penalty as a result of the failure, said Horner. “We’ve got another energy store within the allocation without having to take a penalty and the Renault guys in the garage have obviously apologised which we appreciate but the frustration is for Daniel.”

Following the race Ricciardo punched a hole in a wall at Red Bull. Horner said it was clear the string of glitches have frustrated Ricciardo.

“I think he can’t get his head around why it keeps happening to him. Whether it’s a throttle linkage in Japan, a battery here, it’s hugely frustrating for him.”

Red Bull will part company with Ricciardo, who is moving to the Renault works team, in three races’ time.

“From a team point of view all we want to do is finish the year on a high with him and have the chance to celebrate the time he’s been with us,” said Horner. “But it’s just unfortunate these things keep happening to him.”