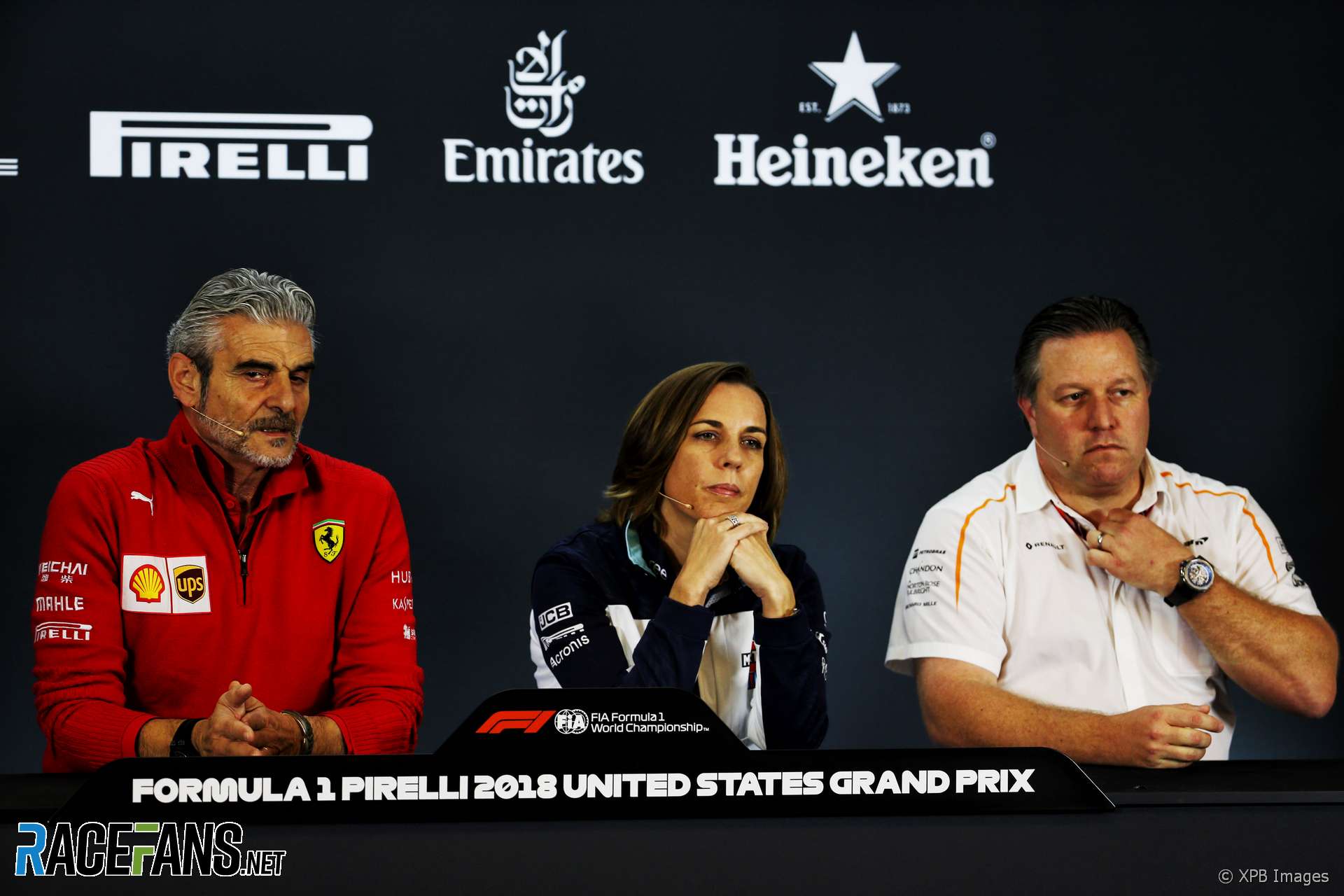 Formula 1 team bosses say they recent summit meetings are not aimed at re-forming the Formula One Teams’ Association.

The 10 competitor teams held meetings without inviting representatives from FOM or FIA at the last rounds at Suzuka and Austin. Another is planned during this weekend’s Mexican Grand Prix.

However when asked by RaceFans, McLaren Group CEO Zak Brown said he doesn’t expect the teams to recreate the union which lasted from 2009 to 2014.

“No I don’t see the re-formation of FOTA,” said Brown. “The teams, as we all are, are working towards what the future need to look like and so the teams are just coming together on a more regular basis to talk about where we think the sport should go.

“It’s all very constructive, nothing sinister about it, and I think it’s a good thing that the teams talk more openly and share our views because ultimately we’re all trying to get the sport in a better place and that’s the objective of the meetings.”

“I think we will always be able to sit down and put things out in the open,” he said.

Wolff described the last summit between the teams in Austin as “one of the rather positive meetings.”

“It was constructive. Things were openly discussed. Which generally is something that with Chase [Carey] running this paddock has become more open and transparent. The meeting this morning had a little bit of the same spirit.

“Obviously the objectives are very different between the teams but fundamentally what unites us is that we want the sport to be successful. One team or one group of teams running away with the championship, having a two-tier championship like we’re having now we know that is not good. And that’s why the discussion was positive.”

Discover the significant lesson F1 must take from the collapse of CART in the latest instalment of Dieter Rencken’s RacingLines column later today on RaceFans.