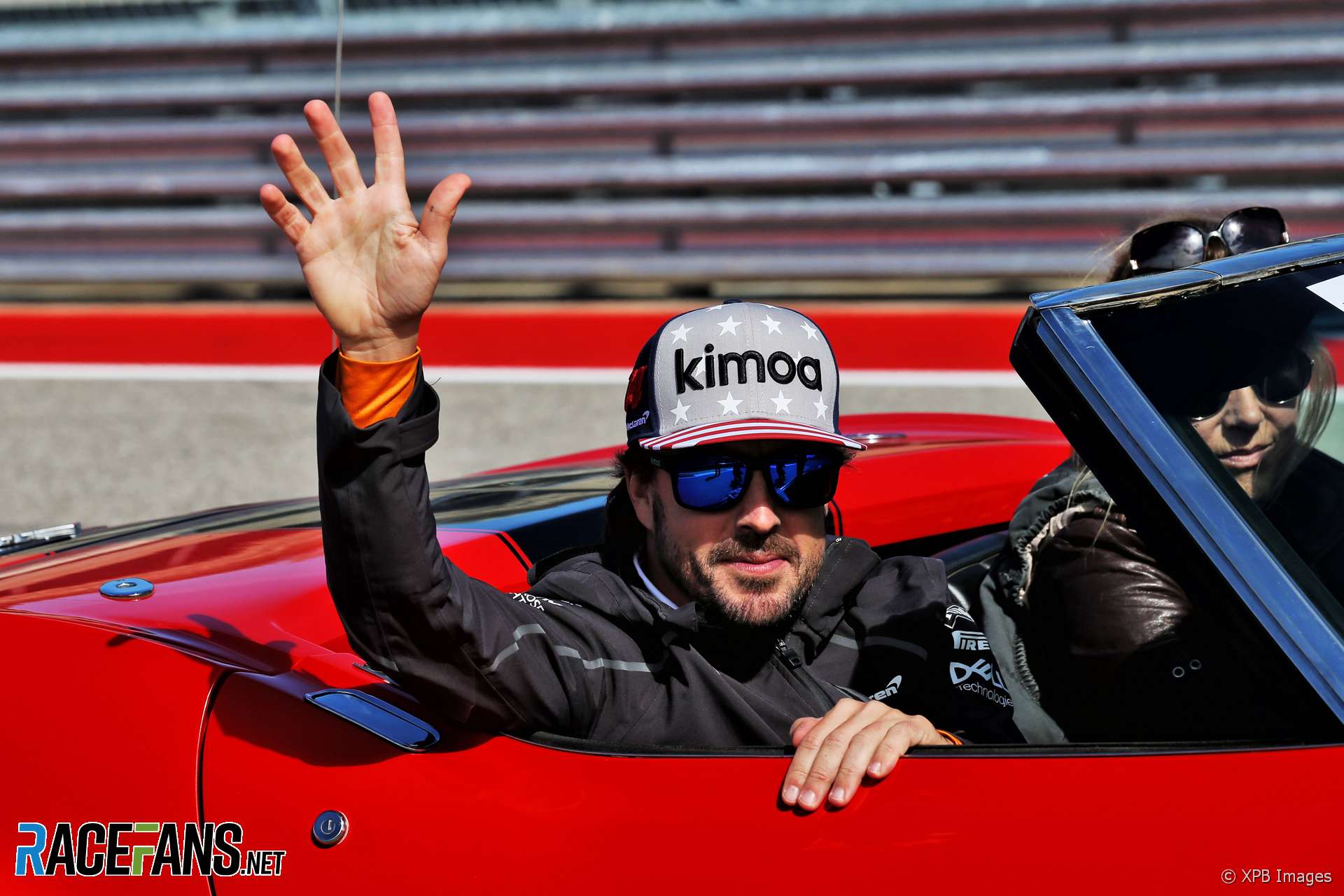 Alonso was asked about his experience of American racing culture following his participation in last year’s Indianapolis 500:

I think it’s a great thing and probably the direction Formula 1 will go in the future now with Liberty etc… I think the show will be the main priority for everyone.

When the season hasnt even started but we have the footage we need already… @JeanEricVergne pic.twitter.com/eJZNU95X54

If @LewisHamilton had won the title last weekend it would have been live on free-to-air TV in his home country – it won't be this weekend:https://t.co/oohDlLO1qy #F1 #USGP #C4F1

"‘What’s the heart rate of the two drivers fighting out at the front of the grid?’ Ping! Up it comes."

"Seven of these outfits are currently competing in the FIA Formula 2 Championship (ART Grand Prix, Campos Racing, Carlin, Charouz Racing System, MP Motorsport, Prema Racing and Trident) whilst Jenzer Motorsport are no strangers to the paddock having successfully competing in all seasons of GP3. Hitech Grand Prix and HWA RACELABcomplete the grid; they both have a proven record of success in other categories."

The upgrades Ferrari got right and wrong (Autosport)

"While some elements of Ferrari's designs have been successfully modified, it is clear that major ideas - like the Singapore wing and the floor first trialled in Japan - did not add to performance and the team lost many races finally understanding that."

Why is Vettel making so many mistakes? (BBC)

"He seems so desperate to avoid clattering into the driver on the outside that he is tightening his corner, in a bid to steer clear of them, and his inputs are making the car spin, with the help of some minor contact."

The Iceman doesn't melt as Ferrari call it right (Sky)

"I have sympathy for Esteban Ocon and Kevin Magnussen who applied their skills, poured the sweat, and risked their lives at COTA only to be disqualified for technical reasons outside their control. The rules have to be applied, you can't be a little bit tolerant on aspects such as fuel or weight, but as a driver that doesn't make it any easier."

The driver line-up for the 2019 F1 season hasn’t been finalised yet, but one of the key questions for 2020 will be whether Valtteri Bottas can hold on to his seat:

It’s so easy to forget that if China and Baku had been different, Bottas would have been in such a more comfortable position this season. The reality is that he is being compared to Nico Rosberg, who when Bottas joined Mercedes, was the defending world champion.

As much as I like him as a driver, he has failed to ruffle the feathers of Lewis Hamilton in the way that Rosberg did. Naturally this may have been the reason Mercedes hired Bottas in the first place, as a solid team mate to Hamilton, but one who could not feasibly challenge Lewis for the championship.

Top teams often will choose one driver over the other, its natural sadly. I do feel though that Bottas will be out of Mercedes as abruptly as he was hired, and that is a shame!
The Limit

31 comments on “Alonso: Liberty’s American approach will be good for Formula 1”