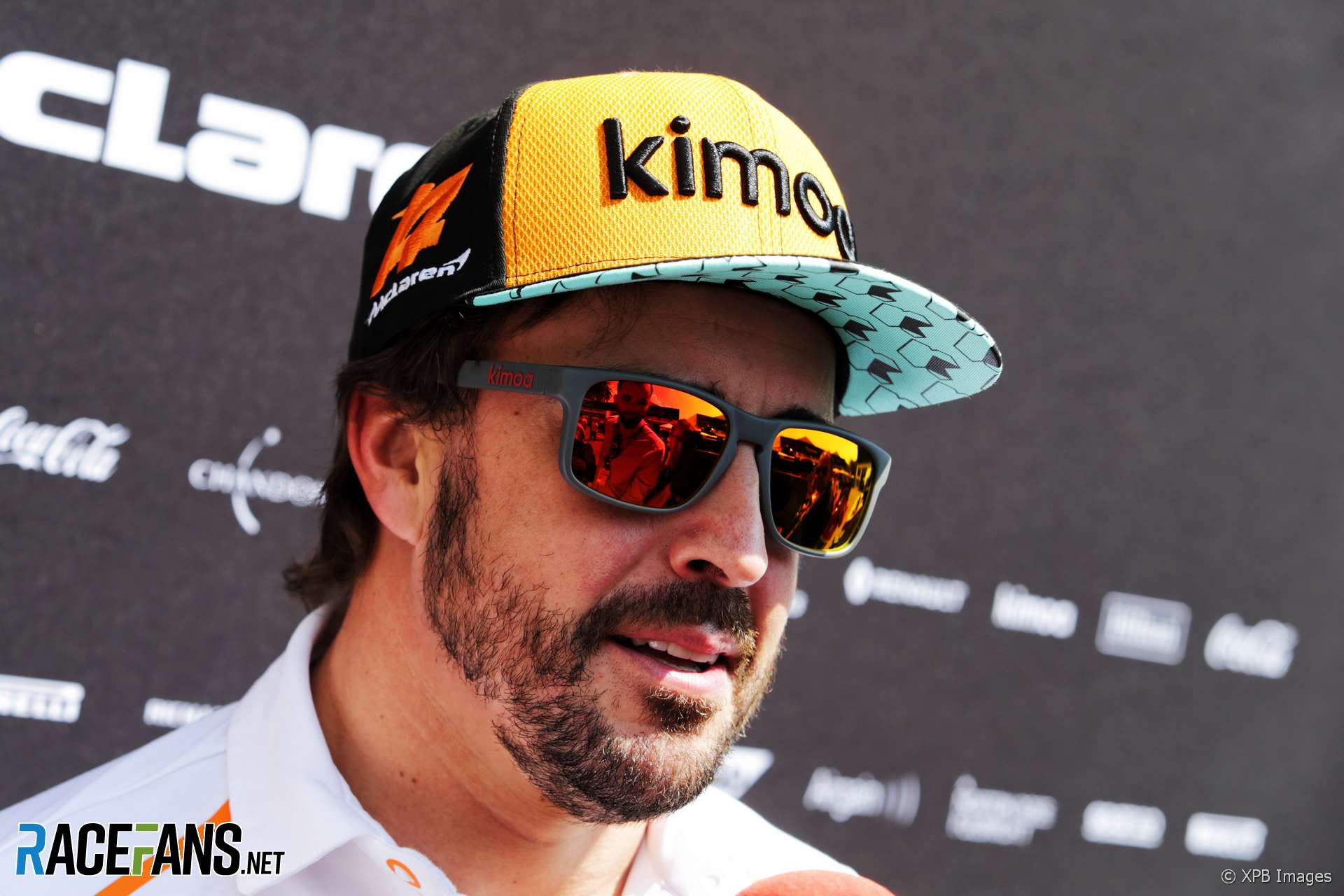 Fernando Alonso vehemently rejected claims from rival drivers he is leaving Formula 1 because there is no competitive drive available for him next year.

During today’s FIA press conference Carlos Sainz Jnr and Max Verstappen said they believe Alonso is leaving because he is unlikely to be in a position to win races next year.

“I think it is something for Formula 1 and to everyone to consider why one of the best drivers is leaving and why we cannot have a bit more competitive grid where many drivers can fight for wins or for podiums,” said Sainz.

When this was put to Alonso he firmly reiterated he is leaving F1 on his terms.

“I have 37 years and I cannot do more in Formula 1. All the things I dreamed in Formula 1 are done. There are new things in motor sport that are bigger than Formula 1.

Alonso insisted he is leaving “because I want to, not because I’ve been forced to stop.”

“I want to stop because I achieve in Formula 1 more than what I dream of and it’s time to achieve even bigger things outside Formula 1. In Formula 1 there is always the feeling of here is the biggest thing in the world. And if someone goes, people don’t understand that maybe he wants to go. Thinks that he has to go because there is not a competitive car to race with.

“I could have maybe a competitive car or maybe McLaren next year is super-competitive, who knows. But I don’t want even to try. I want to stop because I think that I can be a better driver, a more complete driver and better for my career outside Formula 1. Because this chapter is already done, with a lot of success in my opinion. And maybe there are other things outside Formula 1 that I need to conquer. I didn’t success in other areas of motorsport and I will try those.”

Alonso said he is proud of his achievements in F1 and believes this is the perfect time to leave, but says other people do not see it that way.

“I feel a lot of respect all my career in Formula 1. I have been always considered by the team owners, by the team principals, I’ve been always respected and highly rated. I feel very privileged racing for those teams, having the respect for my team mates, other drivers, you guys, the media, the fans. It has been perfect. It’s a perfect time to stop and I feel perfect now.

“So again when tomorrow or next week it’s a sad thing that I’m leaving, I have the respect of all the team principals. The teams, I raced for the best manufactures. I’ve been paid a lot more than when I was in go-karts thinking of my salary in the future.

“I have a wonderful life. I arrive to Mexico and they give 30,000 [masks] for everyone to say bye-bye. In Abu Dhabi will be the same thing. I feel so privileged, I feel so happy, so respected around the world that I can only say thank you. It has been a perfect journey. Not a sad journey or a sad end.

“But I know that it doesn’t matter what I say because it’s what the general opinion wants to think or wants to see.”