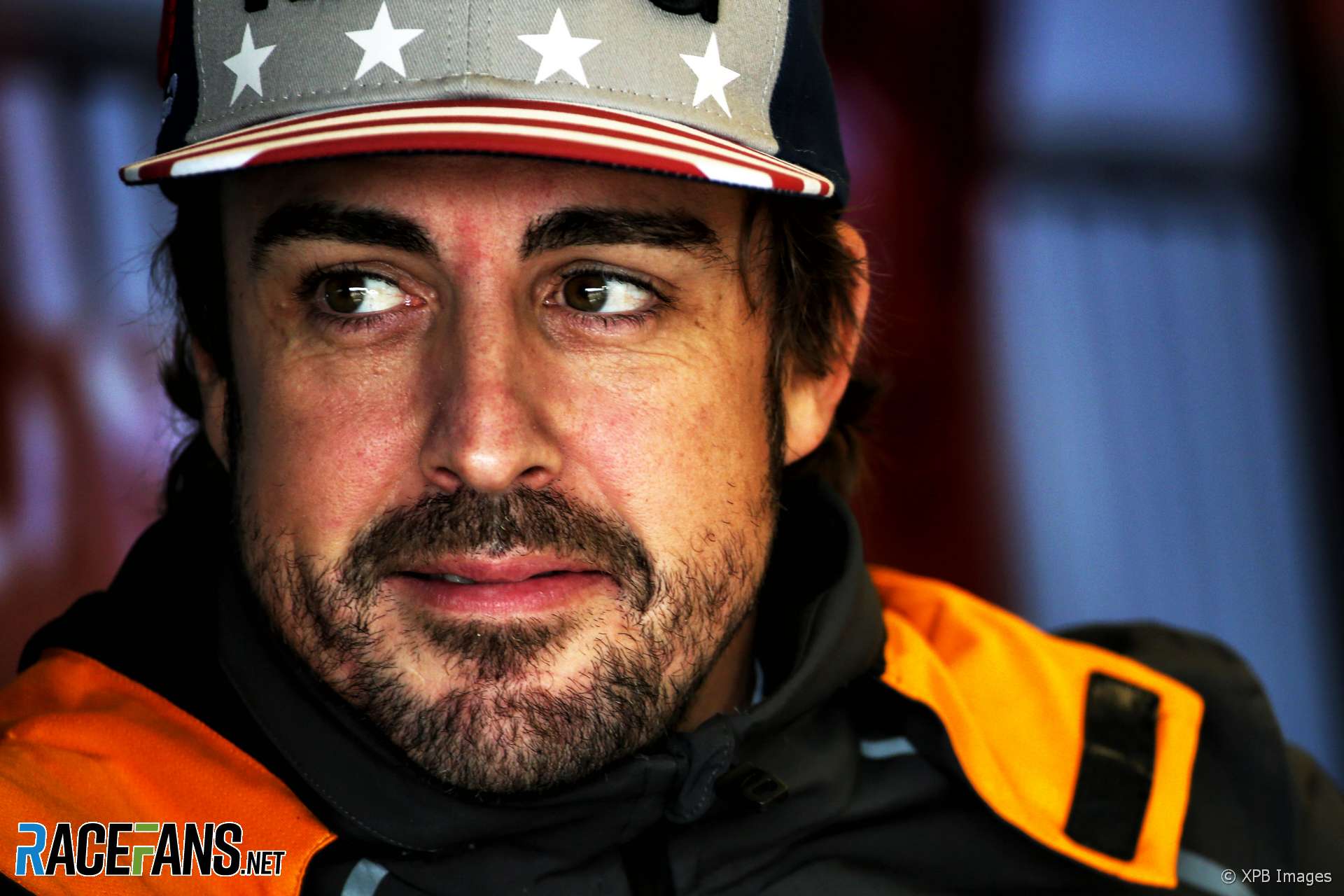 Formula 1 should learn from the reasons which led Fernando Alonso to quit the sport, according to Carlos Sainz Jnr,

The Renault driver, who will replace Alonso at McLaren next year, said his departure shows F1 needs a more competitive grid.

“So I think it is something for Formula 1 and to everyone to consider why one of the best drivers is leaving and why we cannot have a bit more competitive grid where many drivers can fight for wins or for podiums. I think it’s a thing to consider and something to think about for the future.”

Sainz called Alonso “the biggest influence” on him becoming an F1 driver.

“I followed Formula 1, I met him back in 2005, since then I really decided that I wanted to be a Formula 1 and gave it all to come here. To manage to compete against him the last four years have been a dream come true. Of course we will miss him.”

Max Verstappen also believes Alonso is leaving because of a lack of opportunities for him to win races.

“I think Fernando is a winner and he wants to win races,” he said. “He didn’t see that happening in the near future and of course he has tried already for a few years.

“I can understand why he leaves. Probably some new advantage where he probably can win again I think, that will motivate him very much and we’ll see in the future whether he comes back or not.”

Alonso’s former team mate and 2005 championship rival Kimi Raikkonen said they had “some good battles over the years.”

“It’s how it is unfortunately,” said Raikkonen. “We’re all going to stop at some point. There’s always new guys coming and us older ones has to go at some points. That’s how it goes and I’m sure he found some exciting racing for him and who know what happens in the future.”