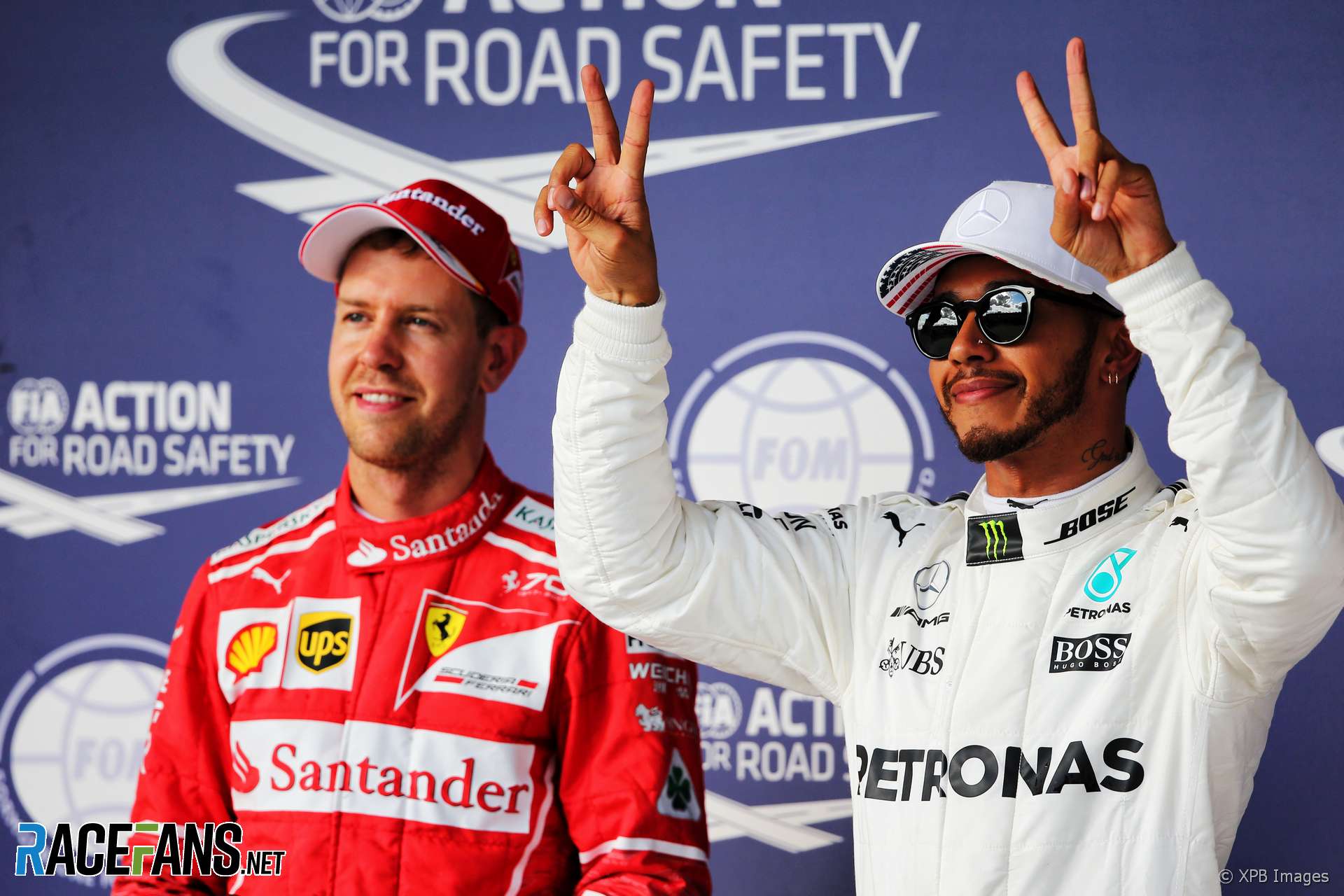 Lewis Hamilton can win the title, Romain Grosjean is at risk of a ban and Red Bull see an opportunity to win. Here’s the Mexican Grand Prix talking points.

Will Hamilton seal the deal?

Unless Sebastian Vettel knocks it out of the (Magdalena Mixhuca) park, and Hamilton gets lost on the way to the track, this one is as good as over.

Nothing less than a win will do for the Ferrari man if he’s to stop Hamilton getting his hands on the silverware – and overtaking him in terms of how many championships they’ve won.

Mercedes can also clinch the championship this weekend, though they’ll need a much more competitive showing than they managed last time out.

Ferrari stopped the rot in Austin with their first victory since the Belgian Grand Prix. But how much of this was down to the red cars becoming more competitive, and how much of it was Mercedes hitting trouble?

Clearly Ferrari transformed the pace of its car and, according to Vettel, did so by removing several months’ worth of downgrades. A bittersweet trade-off, as he surely must be wondering how much quicker they might have been in Singapore, Russia and Japan without their ‘upgrades’.

But it’s equally clear Mercedes were not as sharp in Austin. Hamilton indicated there were various factors at work, but suspicion has fallen on a pre-race change the team made to seal holes in its rear wheels, apparently fearing a potential protest from Ferrari, which undid their recent progress with tyre temperature management.

Both Mercedes drivers struggled with their tyres in the race. With more hot conditions likely this weekend, that isn’t going to get any easier for them.

Can Grosjean avoid a ban?

Romain Grosjean earned his 10th penalty point of the current 12-month period in Austin, and is at risk of picking up a one-race ban if he received another two penalty points this weekend. This is a worry for Haas, as if he picks up those penalty points in practice or qualifying he will not be able to start the race.

Neither of the team’s reserve drivers Santino Ferrucci and Arjun Maini have sufficient FIA superlicence points to stand in for Grosjean if he were to receive a ban. The likeliest solution might be to draft in their engine supplier Ferrari’s simulator driver (and 2019 Sauber pilot) Antonio Giovinazzi.

If he gets through the weekend cleanly Grosjean will have one point deducted from his tally on Monday. That will leave him on a still-risky nine points for the Brazilian Grand Prix, after which he will lose another two before the next race.

Force India are creeping closer to McLaren in their bid for sixth place in the championship. The two teams are separated by 11 points – reduced by one due to Esteban Ocon’s disqualification in Austin.

Perez is the team’s leading scorer though there isn’t much in it. Ocon would be just one point behind had it not been for the fuel flow sensor violation which led to his exclusion last time out. The competition for bragging rights at Force India will be particularly fierce between the pair who’ve had a strained relationship over the past two years.

Curiously, Perez hasn’t finished in front of his team mate at his home race since it returned to the calendar in 2015. If he finally manages it this weekend he could bring Force India a step closer to the championship target and boost his chances of ending the year in front of Ocon.

Red Bull has identified this race as their best chance to win a grand prix before the end of the season. The high altitude and thinner air makes it harder for their rivals to assert their usual straight-line speed advantage.

The team will revert to Renault’s spec two engine for reliability reasons. Max Verstappen scored a superb win at the track last year and Daniel Ricciardo is desperately looking for a clean weekend after his seventh retirement of the year last Sunday.

If you’re heading to Mexico for this weekend’s race, we want to hear from you.