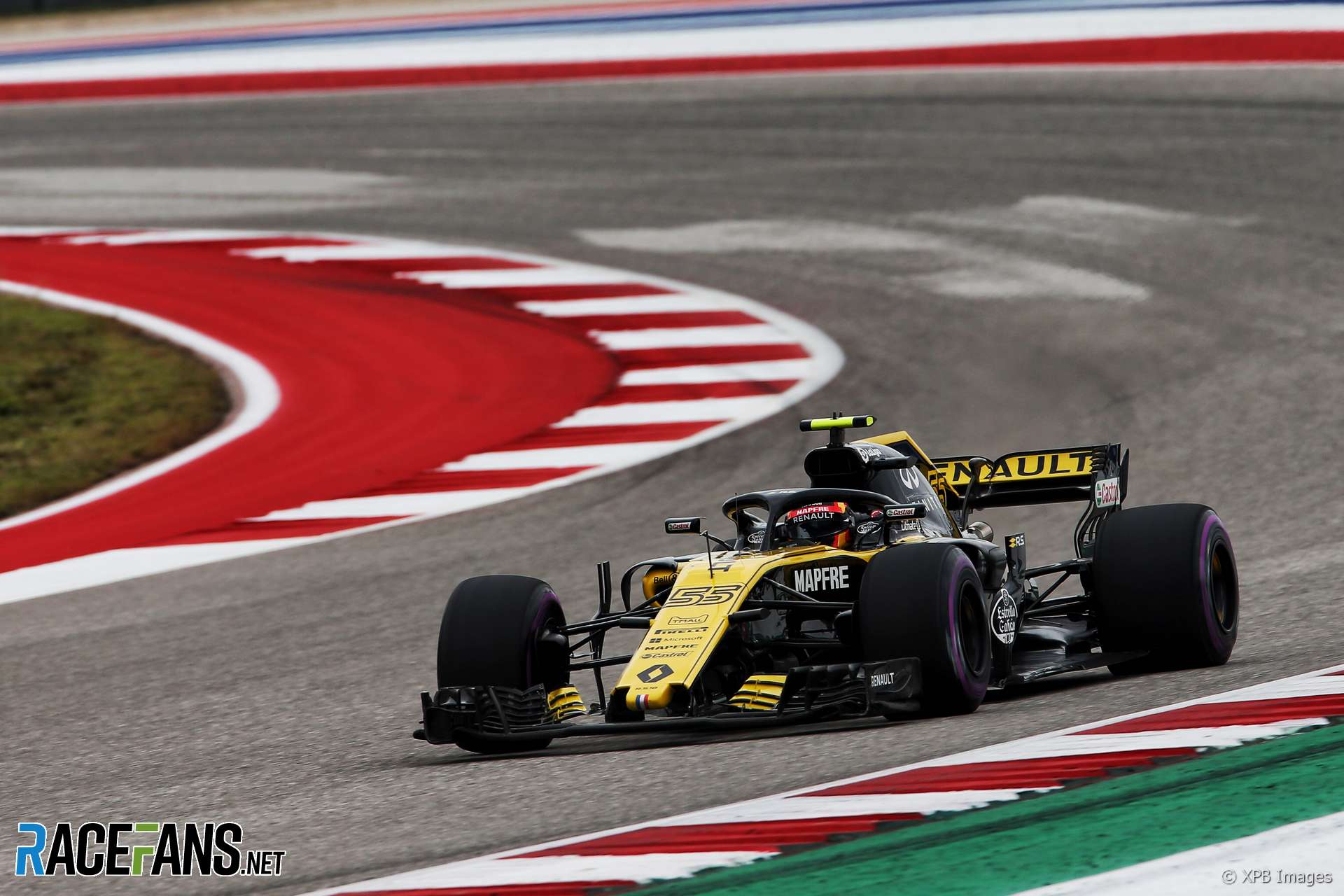 However the stewards did not take advantage of the new powers yet despite two teams claiming Carlos Sainz Jnr had committed a similar violation last weekend.

On lap one at Yas Marina last year Hulkenberg cut a corner on the circuit and overtook Sergio Perez by doing so. The stewards responded by handing him a five-second time penalty, the standard sanction for this kind of incident.

But even after serving the penalty Hulkenberg remained ahead of Perez and there he stayed until the end of the race. This prompted claims the penalty had been ineffective.

There was every possibility Hulkenberg had assumed he would get a five-second penalty and decided not to hand his position back to Perez expecting that he could pull out the necessary gap to keep the Force India behind. Therefore the FIA resolved to punish this kind of incident more hardly in future, as race director Charlie Whiting explained.

“Nico Hulkenberg overtook knowing that a five-second penalty would be the likely penalty and easily gained more than five seconds so it was worthwhile doing,” said Whiting. “That’s why we’ve issued a new set of guidelines to the stewards and the teams are aware of it where we think that if it’s been done deliberately they’ll take a wholly different view.”

Last Sunday two teams were of the view that Sainz had done exactly that to overtake their drivers on the first lap of the race. But the stewards did not take advantage of the new guidelines: Sainz was given a five-second time penalty for leaving the track and gaining an advantage over Romain Grosjean.

Force India team principal Otmar Szafnauer, whose driver Esteban Ocon was passed by Sainz after the first corner, said the penalty was “too lenient” on Sainz. He pointed out that in a race where overtaking is difficult and track position is valuable, gaining a position on the first lap can easily be worth more than five seconds.

Szafnauer suggested a fairer penalty, one not currently available to the stewards, would be to order the driver to hand back a position to a certain car.

Grosjean’s team principal Guenther Steiner agreed Sainz had been dealt with too leniently. The Haas boss noted the time it takes to determine a penalty can stop them having the desired effect.

“You cut the corner, take an advantage then it takes five laps before they realise that somebody’s done something, then it takes another five laps and nobody can catch him because everybody’s stuck. Then they give you five seconds which means nothing anymore because they’re gone.

“If they catch you after five or 10 laps you need to go back to your original position and lose the positions or give a bigger penalty.”

So why did the stewards apparently not share the view Sainz had committed the same infraction as Hulkenberg did last year? The interpretation offered by Whiting – who is not one of the stewards and does not decide what gets penalised – is that although Sainz gained an advantage it wasn’t clear that he’d done so as blatantly as Hulkenberg.

(Another significant difference was that at Yas Marina, Hulkenberg cut across the inside of a corner to gain a place over Perez, whereas Sainz ran onto the outside of the track.)

“It was difficult because you couldn’t really see what happened,” explained Whiting. “You knew that he’d passed Leclerc, that was quite clear. Did he gain anything on Grosjean? Not sure.

“I think on the first corner of the first lap it’s a bit of a muddle up there and it was quite clear that he went on the outside of Leclerc and wasn’t very wide. It looks as if he sort of followed Sebastian really a little bit and then came back and was in front. You’d have to say that he gained an advantage by doing that.

“But as far as the penalty is concerned I think it’s the standard penalty. It wasn’t something that I think he did deliberately with the idea of thinking ‘I’ll do this deliberately on purpose in order to be able to open up a gap’, it just didn’t happen that way.”

Force India and Haas may disagree. But there are plenty of other venues where overtaking is difficult and the run-offs are generous enough for drivers to gain an advantage by going off-track, so it may be only a matter of time before the new guidelines are put into action.