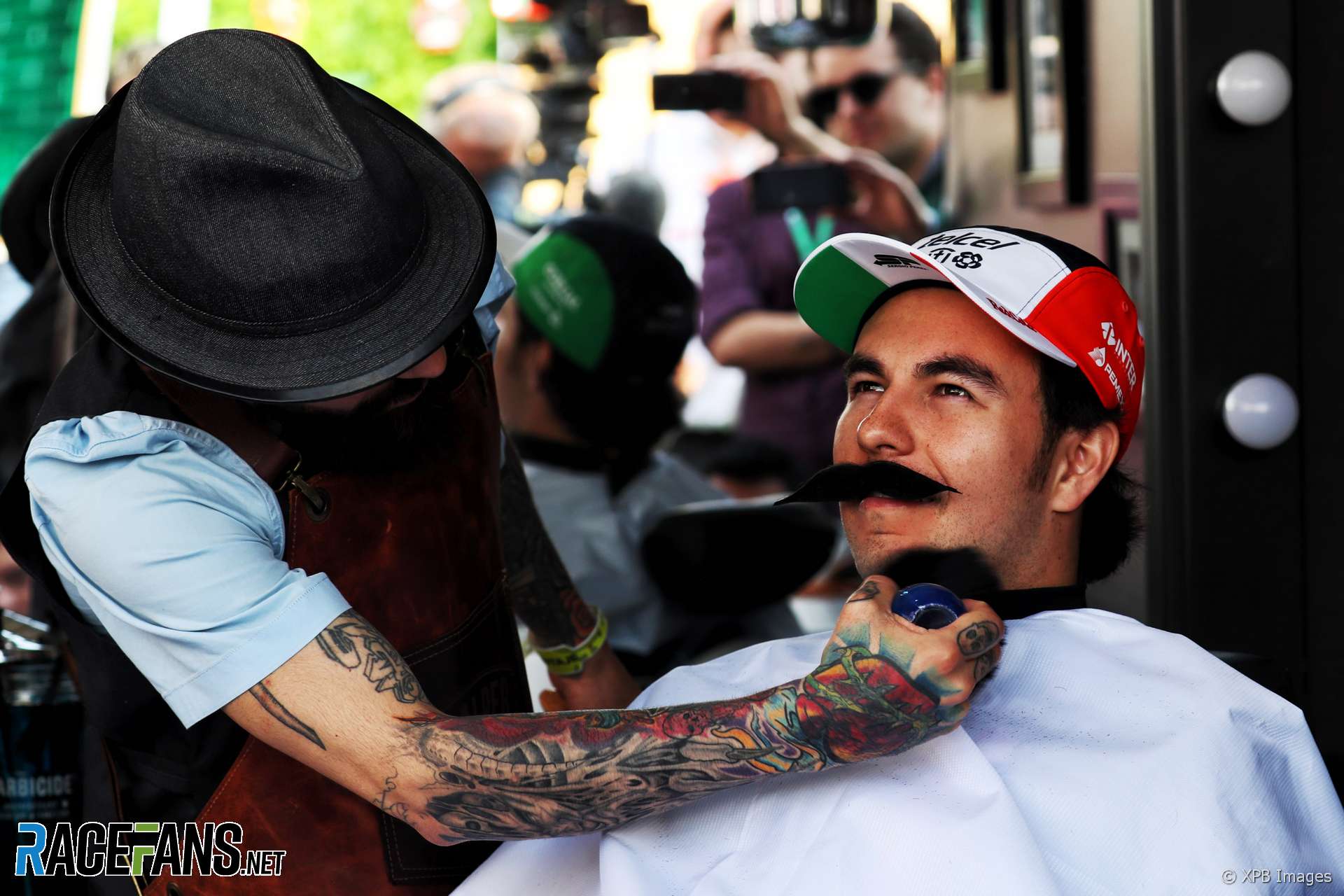 Is the Mexican Grand Prix most well-organised race on the Formula 1 calendar? The paddock is buzzing ahead of a potentially title-deciding race weekend.

In keeping with my tradition of ‘early to rise; early to bed’ while travelling western hemispheres, I’m up well before daybreak, then catch up on overnight developments in F1 and globally.

My Mexican GP started a lot earlier. On Tuesday I left Texas for Mexico City via San Antonio, but even before I arrived at the airport for my Volaris flight bad tidings had arisen: I’d previously received an email advising my Wednesday flight was cancelled, with my options being a flight either the day before or after. Arriving late Thursday was no option, so Tuesday it was – also my 65th birthday, a day pencilled in for relaxation.

As luck had it, Hurricane Willa swept across an area between the two cities, delaying our inward flight by five hours, with predictable knock-on effects. I won’t bore you with details; needless Volaris won’t see me again. Whatever, I arrived at my hotel shortly before midnight, having checked-in at San Antonio at noon, so I spent half my birthday in the hands of a no-care airline for what was a two-and-a-bit-hour flight.

Wednesday was better. The circuit laid on a tour of Chapultepec Park, a historic 1700-acre (700 hectare) woodland situated in the north of Mexico City, the main attraction being a castle built by the Spanish in the late 1700s.

Our tour started with lunch at Chapulin, a star restaurant specialising in superbly prepared Mexican dishes. How’s beef or suckling pig on tortilla served with guacamole, or spicy shredded tuna on crispy green flatbread? Dessert was a choice of caramalised sweet dishes. Wonderful stuff, and an ideal filler for our (expertly) guided tour of the castle. Indeed, I didn’t need dinner.

Leave hotel by Uber for the Media Accreditation Centre, from where a shuttle takes me to the circuit, situated in an inner city suburb near the airport. Even at this early hour (by Mexican standards) traffic is building up, and stories of an hour to cover three miles during peak periods are easily believed. My five miles take around 20 minutes, with the onward trip taking the same. 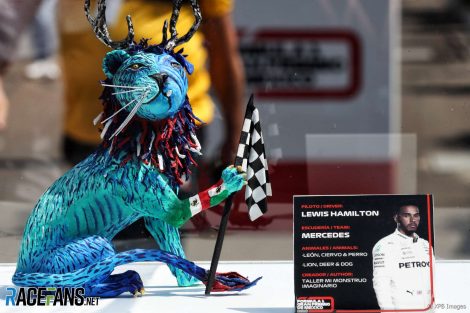 Arrive at circuit, and immediately it’s clear the promoter has gone to extraordinary lengths to host F1 and make us feel welcome. A fine spread of cheeses, meats, fruits, breads and pastries awaits. The Mexican GP is the only venue that serves three meals per day for the media. Until recently Monza offered only tepid water.

Outside each team building a glass case displays fantasy interpretations of the respective drivers’ favourite animals crossed with their national animals – and decorated in their national flag colours. The drivers were asked in advance what their favourite animals were, though Stoffel Vandoorne admits he is confused how a bear ended up among his selection.

The figurines, known as alebrijes, are produced by a variety of ateliers in conjunction with the Popular Art Museum. Each driver will be presented with his artwork after the race.

After setting up my work place I wander the paddock, marvelling at some thoughtful touches: Full-on taco eatery, ice cream parlour and churros bar, plus a barber’s shop to shave beards in support of Movember, a partner of the race. All stalls will be open throughout the weekend, and free to paddock members.

Time for the driver conference – I pose but a single question as I have an appointment with Guenther Steiner of Haas at 11:30. Although the interview was requested a while back to discuss the team’s finances, I start with issues such as Kevin Magnussen’s USGP exclusion due to a fuel infringement, the sponsorship deal with Rich Energy – expressing my cynicism – and Romain Grosjean’s penalty situation. 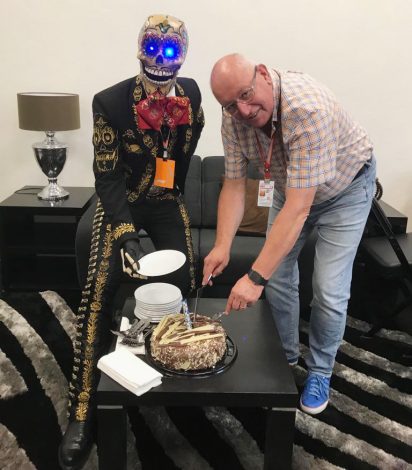 I’m called to the FIA media office and presented with a large chocolate birthday cake by a ‘Day of the Dead’ dude, and a set of limited edition Mexican silver cufflinks shaped in the form of an F1 car. I’ve now celebrated birthdays in around 15 countries, including ten or so during grands prix weekends, and feel truly blessed after this display of generosity. Thank you Rodrigo (circuit), Matteo (FIA) and team!

Well-sated after breakfast and cake, I skip lunch and hit the interview trail. I’m struck by how sullen Lance Stroll is, despite having arguably the best job in the world, yet spot him grinning later while playing jenga for Sky TV.

Interview over, I gossip with colleagues, then pack up to join the MXGP F1esta (note spelling) in the paddock: yet more MX dishes. I go for beef strips and spicy diced potatoes with a cabbage salad and some chilli/cucumber. My taste buds are in overdrive; creme caramel cools them down.

Head for the MAC by shuttle, catch my Uber to Marlowe, arriving shortly before 9pm. Tomorrow will be an extra-early 3am start, so I hit the pillow early.