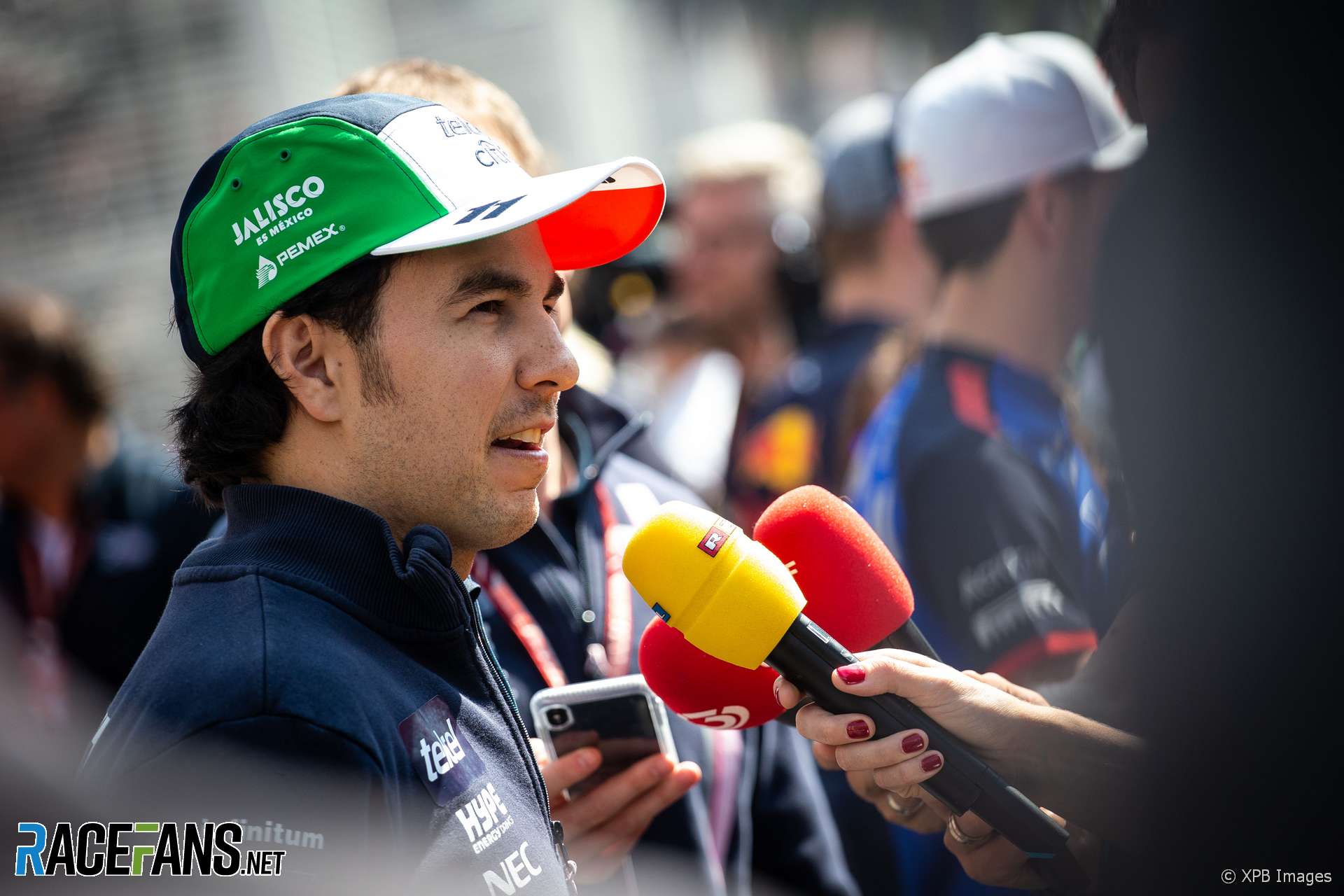 Speaking in response to a question from RaceFans in Thursday’s FIA press conference, Perez played down the likely impact of Lance Stroll’s widely-expected move to the team his father invested in earlier this year.

“I don’t think it will change,” said Perez. “At the end of the day the interest of all the team even the team buyer, the team owner, is that the team is very successful.

“For that we need both cars to be one hundred percent and the team to develop as quickly as possible. For that you really need full performance.

“If that happens he’s coming into a great team with great people and engineers where he’s going to grow a lot and I see great things for the team. I think we have all the guidance, we just need the budget and I think we can be a massive surprise next year.”

Mexico is holding its fourth round of the world championship since it returned to the calendar in 2015. Perez, Mexico’s only F1 driver, praised the job the promoters have done.

“It’s amazing. Since the first year we’ve had the Mexican Grand Prix it’s been big. We’ve seen in other countries that sometimes it backs away, but it doesn’t happen here.

“The people, the media, everyone is so excited about this weekend. It’s been great, you know. The amount of support that I’ve received during the weekend is amazing and I think, once again, we’re going to have an amazing grand prix.”