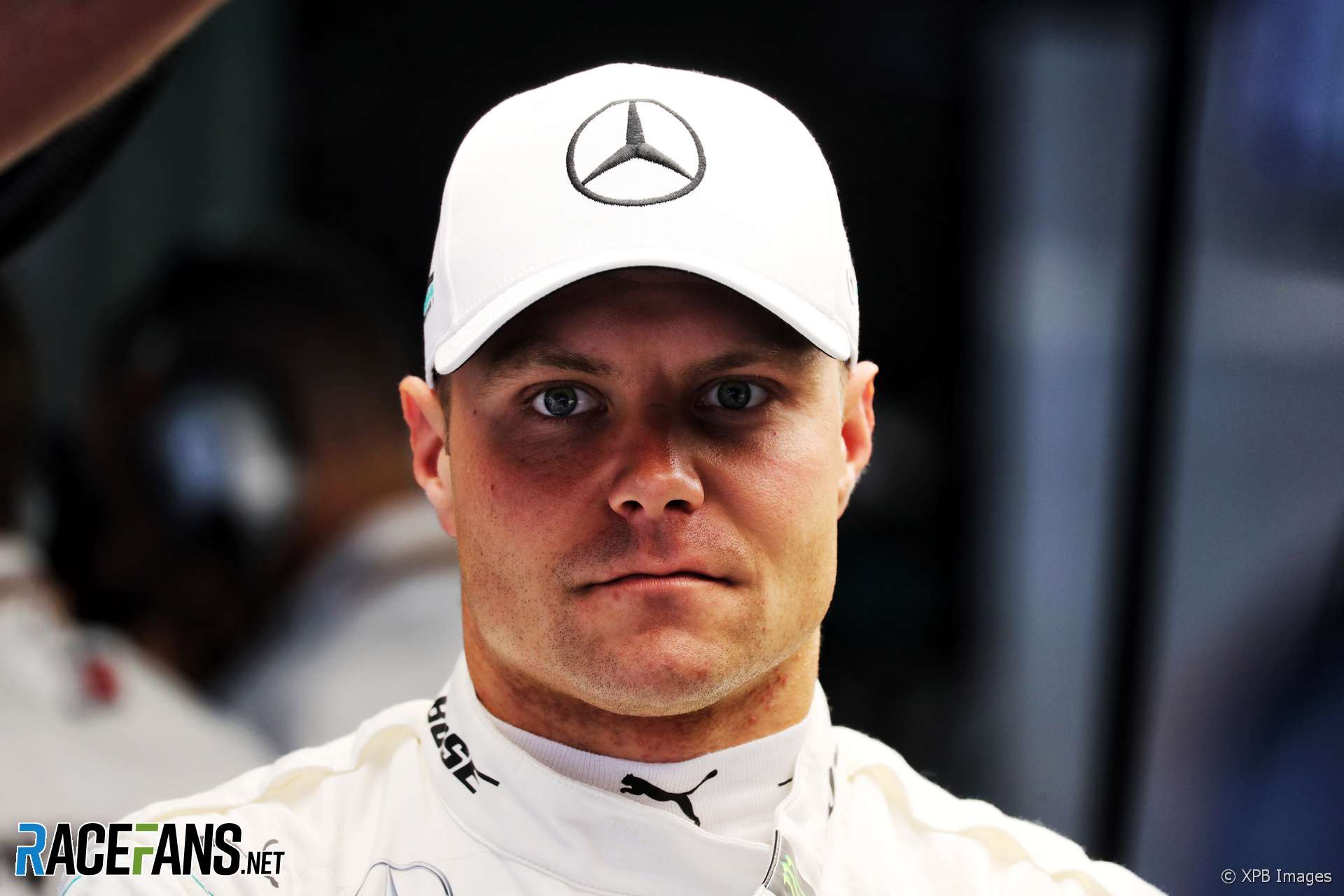 In the round-up: Valtteri Bottas says the 129-point gap between him and Lewis Hamilton does not reflect how far behind his team mate he has been this year.

Bottas said a combination of misfortune and having to play a number two role is why he’s so far behind Hamilton.

In everything I do I try to be competitive. For sure it’s not easy, by nature. I think every driver here is also here because of his mindset and what they’ve previously done in their careers to get here.

I can’t say it’s easy, but there are reasons why. I do play as a team player, because I believe that’s always the way forward, I don’t think there’s any point in breaking any trust with any team member.

For sure the points’ different is huge, it’s massive, that’s a fact. For sure a big part of that comes from what my role in the team has been since the halfway of the season.

Since the halfway [point] of the season I haven’t really finished ahead of Lewis, and also during the year I’ve lost a lot of points with unfortunate happenings, particularly in the earlier races. Performance-wise I don’t think the points difference would be 130 points. I know that and the team knows that too.

Stuart Morrison of @HaasF1Team said he will get a Mexican moustache at the F1 Paddock barbershop 💈 here in Mexico if this tweet gets 1000 likes! C’mon let’s do it! @RGrosjean @KevinMagnussen we will film it too! pic.twitter.com/NcT5LOenai

He was also incredibly fortunate at Melbourne

For the 2nd week in a row, the 2nd F1 race actually in our hemisphere won't be shown live, again. Instead, it's the great dr. scott. Explain yourselves @ABCNetwork @comcast @espn @F1 @skysports @komonews #F1live #F1 #formula1

It is really exiting to see the drivers arriving to CDMX, I like seeing their perspective of my city ! I love to see how Mexicans receive the teams! It is so nice to see the engineers preparing the cars in Mexican soil!!! I love seeing my city and F1 together !!!

"I think they had a TV show the other day where there were 50 people at Mercedes HQ in Formula 1 back at their base (during a Grand Prix). It is the kind of thing we need to look closely at the attractiveness for the spectators and the people, because we are, at the end of the day, doing it for the people."

"‘Augmented’ staff working with machine learning will be given data more quickly than is possible currently to help them make the right decisions. Take Mercedes’ calling in of Lewis in Monaco a couple of years ago. The GPS data was six seconds awry, and he ended up third instead of first."

Guenther Steiner deserves credit for admitting Haas got it wrong with their fuel numbers in Austin, says @Phylyp:

Props to you Mr Steiner, for stepping up and admitting it was an error. I half expected him to complain about the unfairness of the disqualification. Good stuff.
@Phylyp