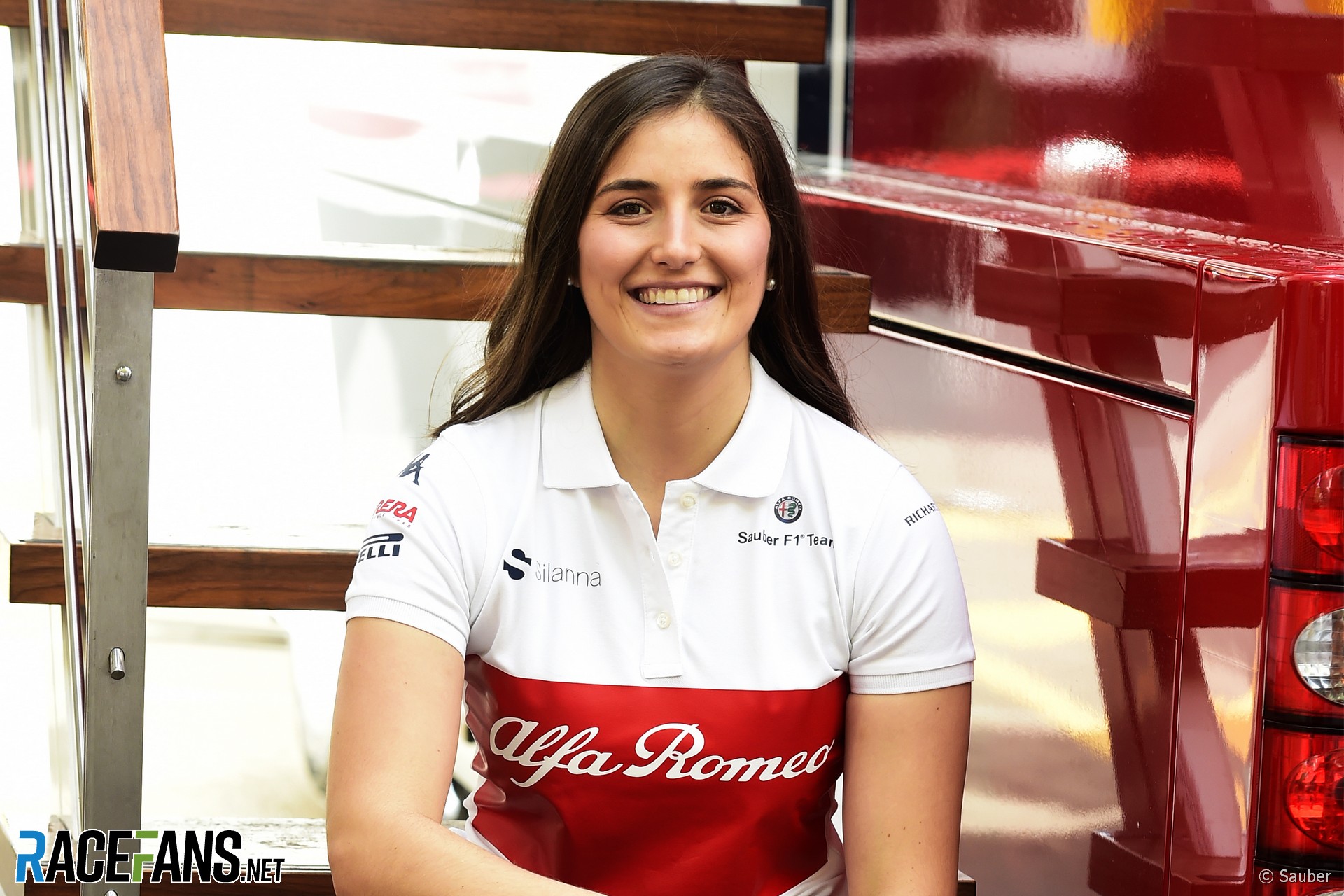 GP3 racer Tatiana Calderon will have her first run in a Formula 1 car next week, the team has announced.

Sauber’s 25-year-old test driver will get behind the wheel of the team’s F1 car for a 100-kilometre filming day at the Autodromo Hermanos Rodriguez on Tuesday. The team will conduct tyre testing for Pirelli on the same day.

Sauber has also announced the logos of Mexican telecommunications company Telcel and Infinitum will appear on its cars this weekend and during the filming day.

“I am very thankful and excited about the opportunity given to me by the Alfa Romeo Sauber F1 Team, Escuderia Telmex, Telcel, Infinitum and Claro to drive a Formula One car for the first time in my career,” said Calderon.

“Since I started racing, my dream and goal has been to drive at the highest level one day. It will be an incredible experience to discover the Autódromo Hermanos Rodriguez from the cockpit of the Sauber C37 in Mexico City. As a Latin American driver, there could not be a more special place for me to make my debut behind the wheel of a Formula One car.”

Sauber team principal Frederic Vasseur said Calderon “has proved to be a valuable part of our team by continuously showing her dedication to our project, as well as a very strong work ethic and enthusiasm for our sport.”

“While Tatiana isn’t actually taking part in our tyre development test after Mexico, we’re delighted that she will make her Formula 1 debut here in Mexico on our tyres,” said Isola.

“She’ll be running on demo tyres, which the teams use for filming days and promotional events. It’s great to see more women becoming involved at the highest levels of motorsport and addressing the current imbalance.

“Hopefully Tatiana’s run will inspire more young women to follow in her footsteps; I’m sure she’ll have an amazing experience.”

Calderon became Sauber’s test driver in March. Currently in her third season of GP3, Calderon was a multiple champion kart racer in Colombia and finished second to Pietro Fittipaldi in the 2015-16 MRF Challenge.