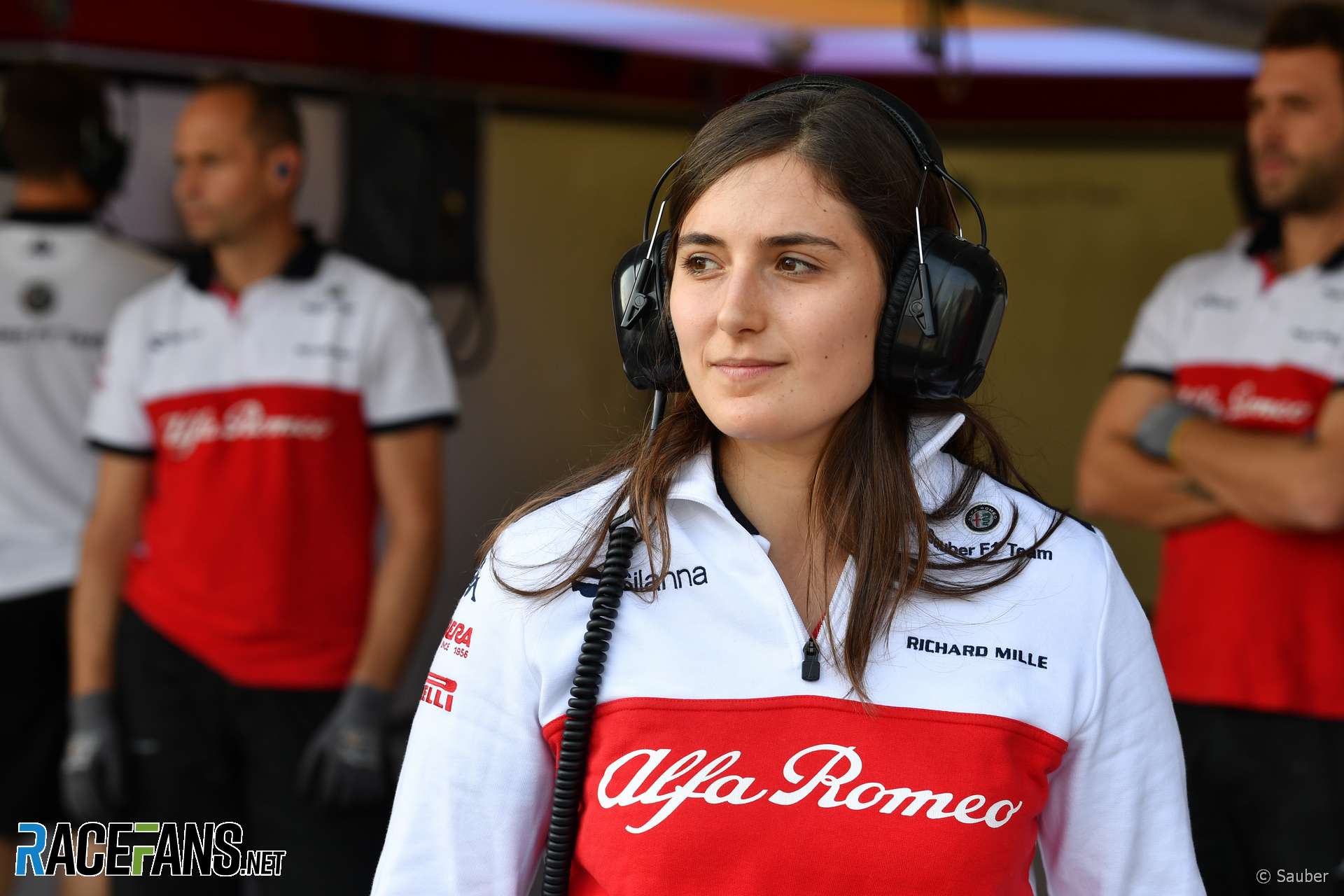 Sauber test driver Tatiana Calderon says her first run in the team’s Formula 1 car on Tuesday is an opportunity to demonstrate women can race in the sport.

Calderon will take over from Antonio Giovinazzi at the end of his Pirelli tyre test on Tuesday for a 100km filming run. She will drive the team’s current car on demonstration tyres.

Speaking in response to a question from RaceFans, Calderon said there were two objectives to the test.

“Obviously [it’s] a promotional thing which is always nice,” she said, “my home country is a few miles away.”

“But [it’s] also to have a first taste, to get used to the steering wheel, to work with the guys, see how I handle the pressure I think as well.

“I am aware that there are a lot of people that doubt if we are physically ready or mentally prepared to drive Formula 1 cars and this is a way of proving that as well. So it has I think many purposes.”

Gaining the respect of people in motor racing can be harder for women, Calderon added.

“Nowadays even if you’re a girl it’s still quite difficult to get sponsorship. I’ve been quite lucky I had a supportive family and I’m part of Escuderia Telmex. But I think regardless of your gender it’s really difficult.

“We have our strengths and weaknesses and I think of course the publicity and marketing side for a female could be much better than for a guy, doing something different.

“But then on-track with the strength, with gaining the respect of the people your work with and respect on-track it always takes a little bit more time so it’s not always easy being a girl.”

Earlier this month a new six-round championship for female racers called W Series was launched. Calderon believes the concept could help more women reach the upper levels of motor racing but believes they can and should race against men.

“I can only think of my experience. I’ve always been a competitive person. I only want to race against the best regardless of the gender.

“Obviously this new series is happening and I think it will be helpful for some of the girls that are struggling with budgets or want to start to prepare to get competitive against the boys.

“In that sense we need to thank also the organisation if they’re doing the effort you can’t really be against somebody that wants to promote motorsport and female participation. But my view is that we can compete in equal terms.”

21 comments on “Calderon: Sauber run will help prove women can race in F1”