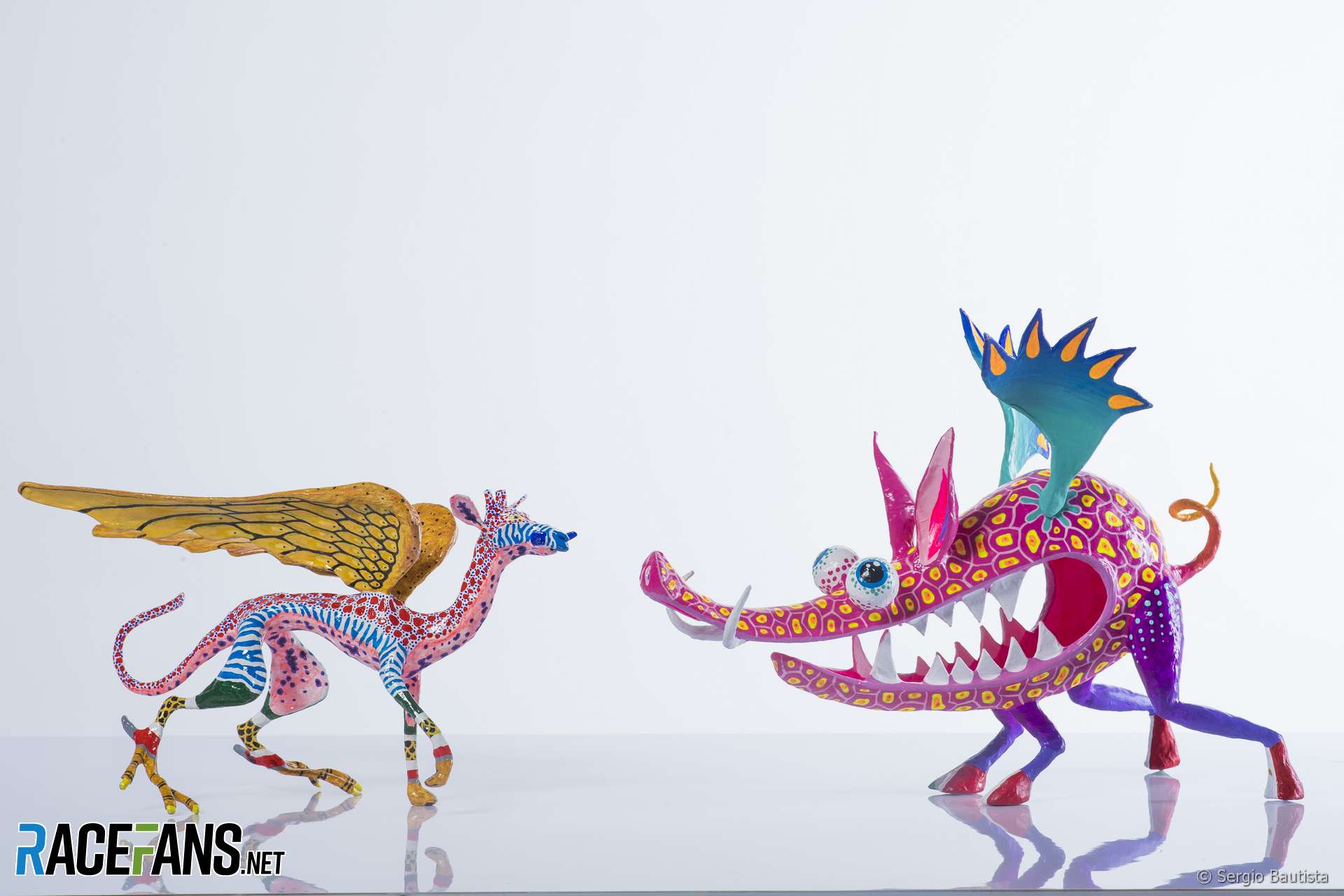 Each Formula 1 driver taking part in this weekend’s Mexican Grand Prix has been presented with an example of Mexican folk art by the race’s promoter.

The figurines, known as Alebrijes, are fusions of different animals selected by the drivers and the artists as examples of their characters.

Home favourite Sergio Perez selected the golden eagle, lion, monkey and tiger to form his Alebrije. Lewis Hamilton, who could repeat his 2017 title-clinching drive this weekend, is represented by a lion, deer and dog. Lions feature in several of drivers’ Alebrijes.

The honey badger naturally formed part of Daniel Ricciardo’s selection, along with a kangaroo.

Here are 20 all of the drivers’ Alebrijes and the animals they are represented by in them.