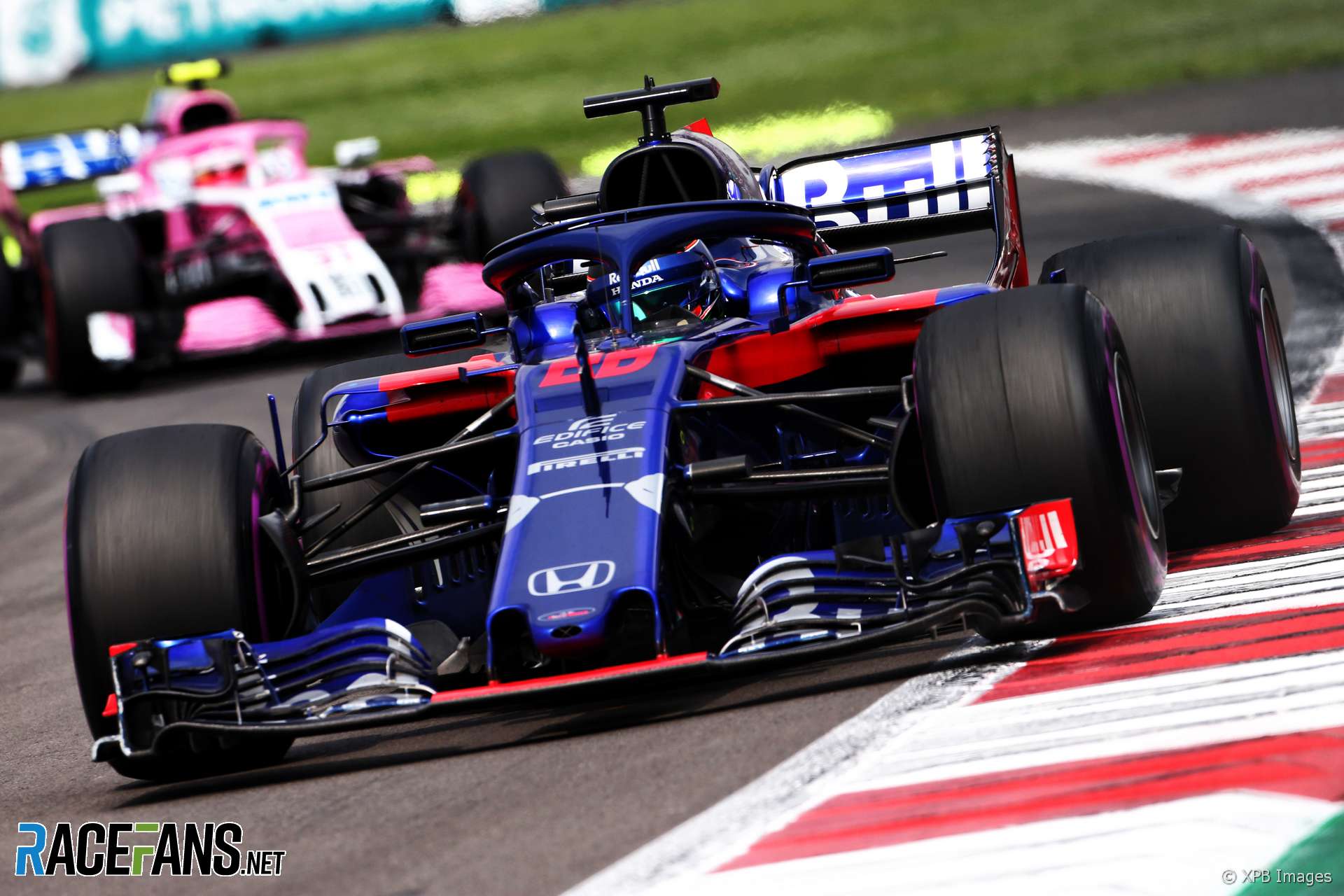 Lance Stroll is under investigation for a possible breach of the pit lane rules in the Mexican Grand Prix.

A Williams representative has been summoned to the stewards after the team was accused of releasing Stroll’s car from the pits in an unsafe fashion.

The stewards also confirmed Brendon Hartley has been given two penalty points for his collision with Esteban Ocon during the race. The Toro Rosso driver, who is now on a total of six penalty points for the current 12-month period, was given a five-second time penalty for the incident.

The stewards deemed Hartley was “wholly to blame for the collision” because he failed to leave sufficient room” for Ocon.

The stewards took no action against Ocon for his role in an incident with Hartley’s team mate Pierre Gasly. The Toro Rosso driver accused Ocon of forcing him wide at turn four, but the stewards ruled Gasly went wide because he made a mistake.

“Approaching turn four, car 10 (Gasly) moved to the right to commence a pass on car 31 (Ocon),” they noted. “Car 31 also moved to the right but left a full car’s width to the edge of the track. Both cars appeared to brake late for the corner and the Stewards observed that car 10 locked up his left front brake and understeered off the track.”