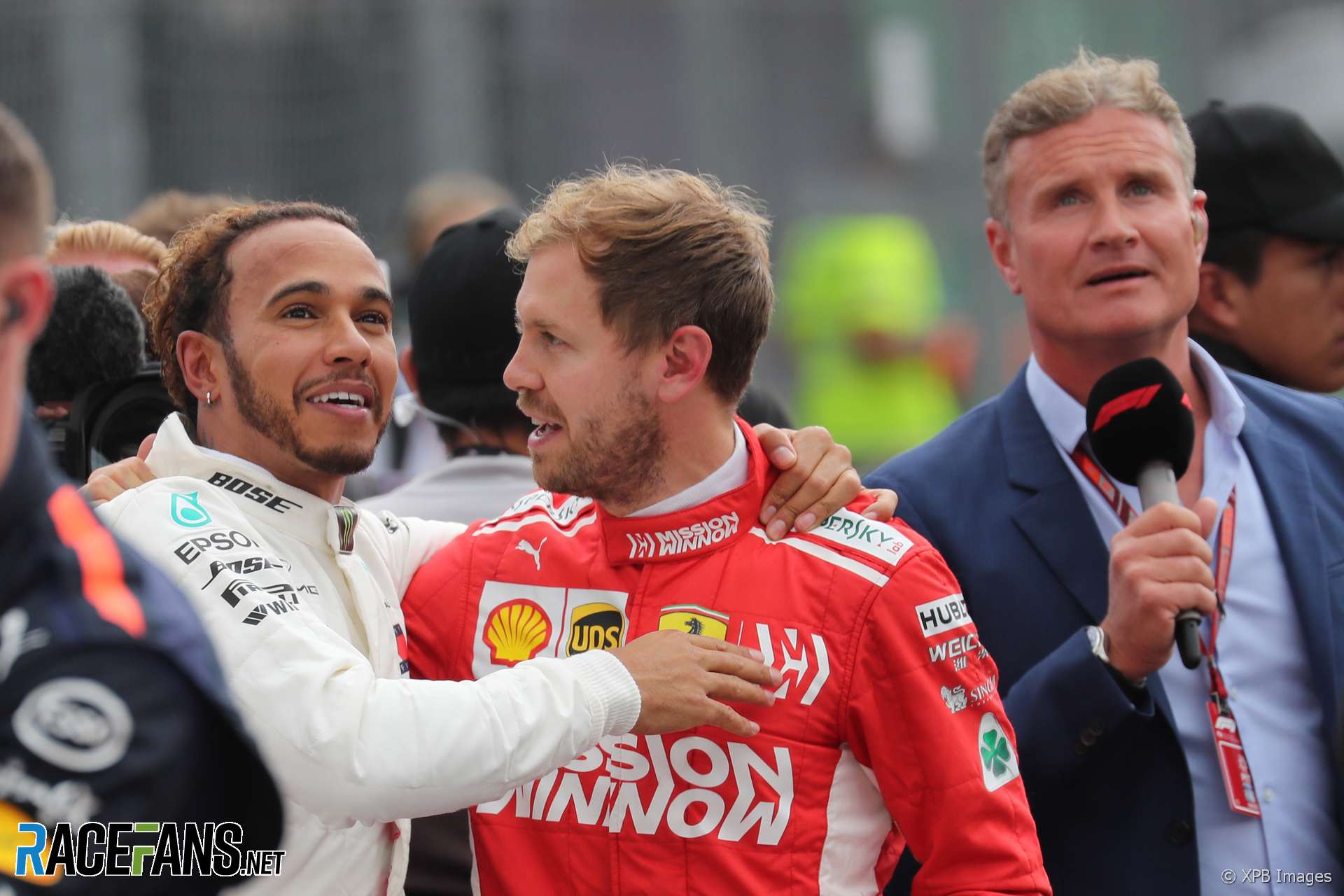 Sebastian Vettel said Lewis Hamilton deserves his 2018 drivers’ championship crown but vowed to give Mercedes a strong fight for the constructors’ championship over the final two races.

“Obviously not an easy day,” said Vettel after failing to stop Hamilton from clinching the title. “But well deserved, congrats to him and his team.

“They did a superb job all year but I think we need to stand there, accept that and say congratulations. Of course we would have loved to hang in there a little bit longer but it wasn’t the case.”

Vettel led the championship as recently as July, but a poor series of races since the summer break saw him fall out of reach of Hamilton.

“There are still a lot of lessons to learn and make sure that we make the right conclusions,” he admitted.

“I think one thing is clear. We are very talented and very gifted team. We have most support behind us. I think we have very, very talented, clever people on board. We have huge potential of which some still needs to be unleashed.

“But I think everybody is fighting very hard and we are focusing to make sure we finish those two races this year in style. We try and fight Mercedes for the constructors and knock them off their throne, maybe to give them a taste for next year.”