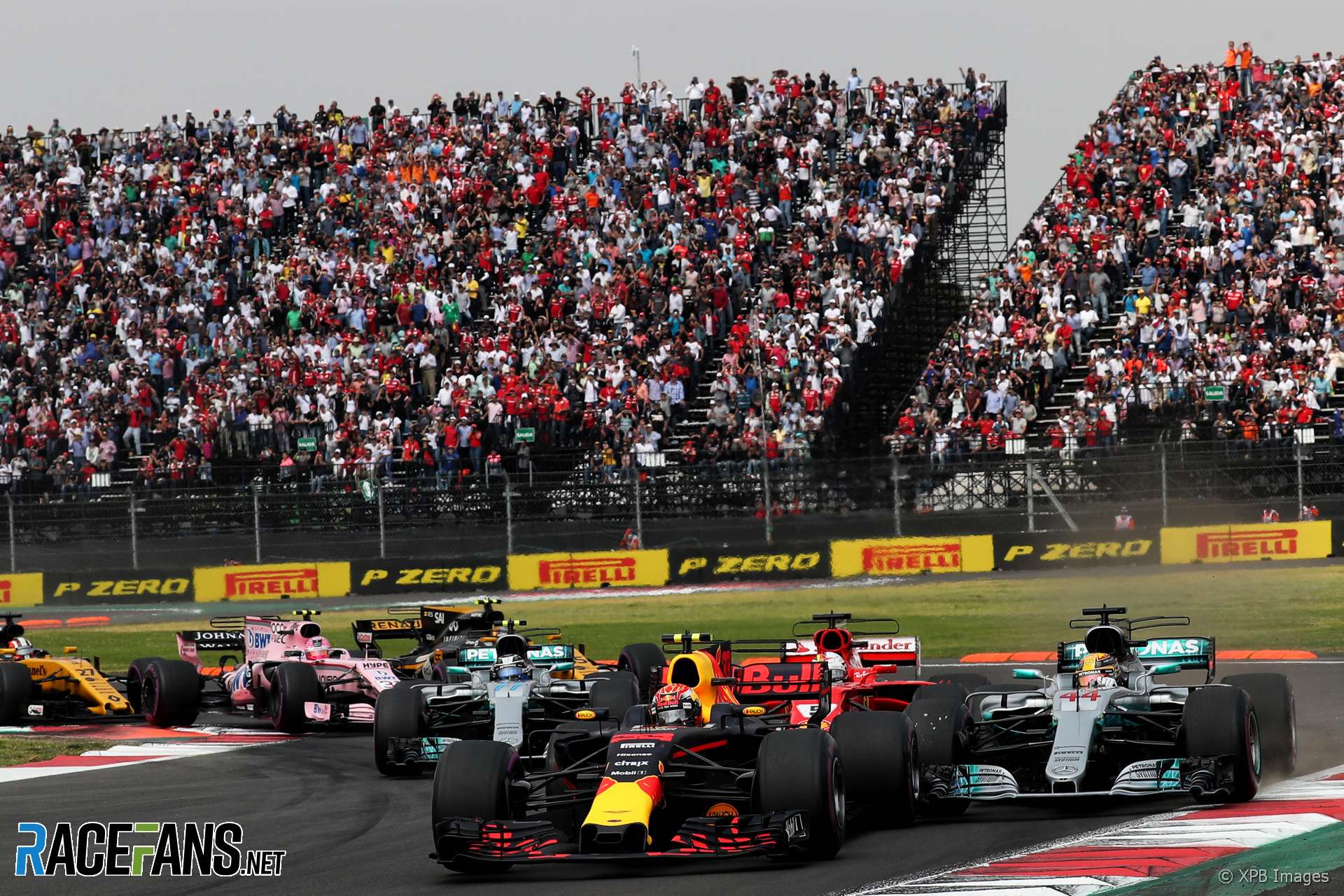 With the Red Bull drivers on the front row and the championship contenders on the second, Mercedes team principal Toto Wolff expects drama at the start of the Mexican Grand Prix.

“The grid has the potential for carnage on the straight and through the first corners,” said Wolff. “You have the two Red Bulls, who have the least straight-line speed, in the front row, then it’s us and the Ferraris, who are obviously almost 10kph up to everybody else.

“So I try to visualise how that could look down the straight and through the first corner and I hope we just come out of it with two cars intact.”

Last year Max Verstappen weaved his way through to the front as Lewis Hamilton and Sebastian Vettel clashed. But by missing out on the top three places, have Ferrari ended up best-placed to benefit from the tow on the long blast to turn one?

“We have higher speed than the others on the straight so maybe it helps us,” Vettel admitted.

“We need to make a good or decent start and the the two makes everything here on the straight,” said Kimi Raikkonen, who had the fastest car in a straight line on Saturday (see below) and will line up sixth of the ‘big six’.

“We need to get in a good tow and then obviously try to stay out of any issues in the first corner. Usually it’s pretty hectic here.”

After that the race is likely to be dominated by tyre management. The top six cars on the grid all managed to get through Q2 using the harder ultra-soft compound, giving them a strategic advantage over the four cars closest to them. “We believe that the hyper-soft is going to melt in two-and-a-half laps,” said Wolff. “It’s not a tyre you can actually race on.”

Mercedes decided after running the ultra-softs in Q1 that they would be able to qualify on them, which came as a relief to Hamilton.

“We didn’t think [on Friday] with that performance that we would be able to qualify on an ultra. So that would have been a massive disadvantage for us if we had to start on the hyper for example.

“As soon as we got into qualifying, I knew straight away the way the car’s feeling, I was like, OK we’re in a much stronger position to fight.”

With careful tyre management a one-stop strategy is possible. However Pirelli believes that for once a two-stop strategy is quicker, with drivers doing two stints on the super-softs. Anyone who drags their ultra-softs out to lap 15 or later – perhaps if aided by an early Safety Car – could be looking at a one-stop.

But if the run to turn one threatens to be “carnage”, another possible situation for the race might also create drama. There is a risk of rain on Sunday. That would transform an already low-grip track into something resembling an ice rink, according to Nico Hulkenberg.

“If it rains tomorrow I think it would be chaos,” he said. “It would be pretty tricky to keep the car on the road. I think we’d see a lot of cars going off.

“Here even in the dry it’s on a knife’s edge but I think if you put rain in there it would make it very interesting and difficult for the drivers.”

Will the Red Bull drivers keep it clean? Who will win the sprint to turn one – and the race?

57 comments on “Why the Mexican GP has “potential for carnage””