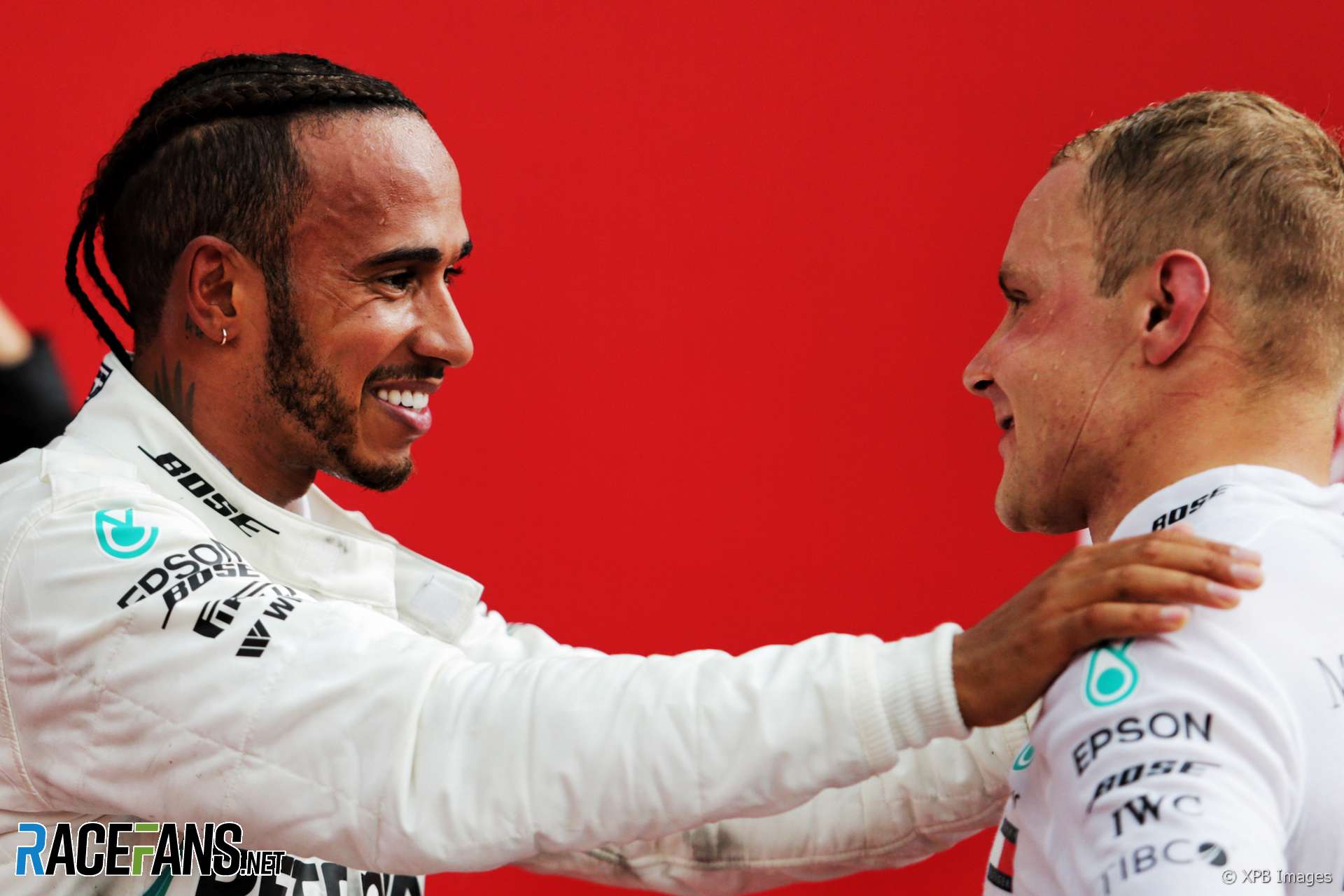 Bottas handed victory to his team mate in the Russian Grand Prix last month. Speaking after his championship win on Sunday, Hamilton said that had been “one of the most difficult moments of the year” for him.

“At the core of me I want to win the race by winning the race,” said Hamilton. “Being let by in Russia was a horrible feeling for, I would say, I think everyone in the team.

“I think also for Valtteri it was not a great feeling. He just came up to me now, and we have such a huge respect for each other.”

Bottas was also called upon to let Hamilton by twice during the United States Grand Prix. But Hamilton said the pair have a “great partnership” in how they co-operate off the track.

“I see how hard he works, he sees how hard I work, we don’t play games in between to try to throw off the guy. In actual fact, we work together.

“There are times were I’ve figured something out in my set-up and I’ll tell [him] and there are times that I can talk to him and be open. It’s the greatest partnership in terms of respect and teamwork from drivers that I’m sure has ever existed in Formula 1 probably.

“This year definitely there have been times when he has been fundamental in us winning races. Ultimately, the team don’t care which driver wins, so there are scenarios where he could have been up ahead and I’m the second driver and I needed to play my role. My goal, in my mind, was ‘OK, I’ve got to make sure I’m always ahead’. If it comes to a point that you need someone to support, it’s Valtteri.”

Bottas suffered a series of setbacks earlier in the year when he missed opportunities to win races. Hamilton agreed his team mate had been unlucky at times.

“He started out really strong and then he had some really difficult races. I think Baku, for example, was a huge hit for him. He deserved that win and then he [had] that tyre blow up.

“I’m very, very grateful to him as a team-mate and for the help that he has given me in achieving this incredible dream so a big, big thank you to him.”