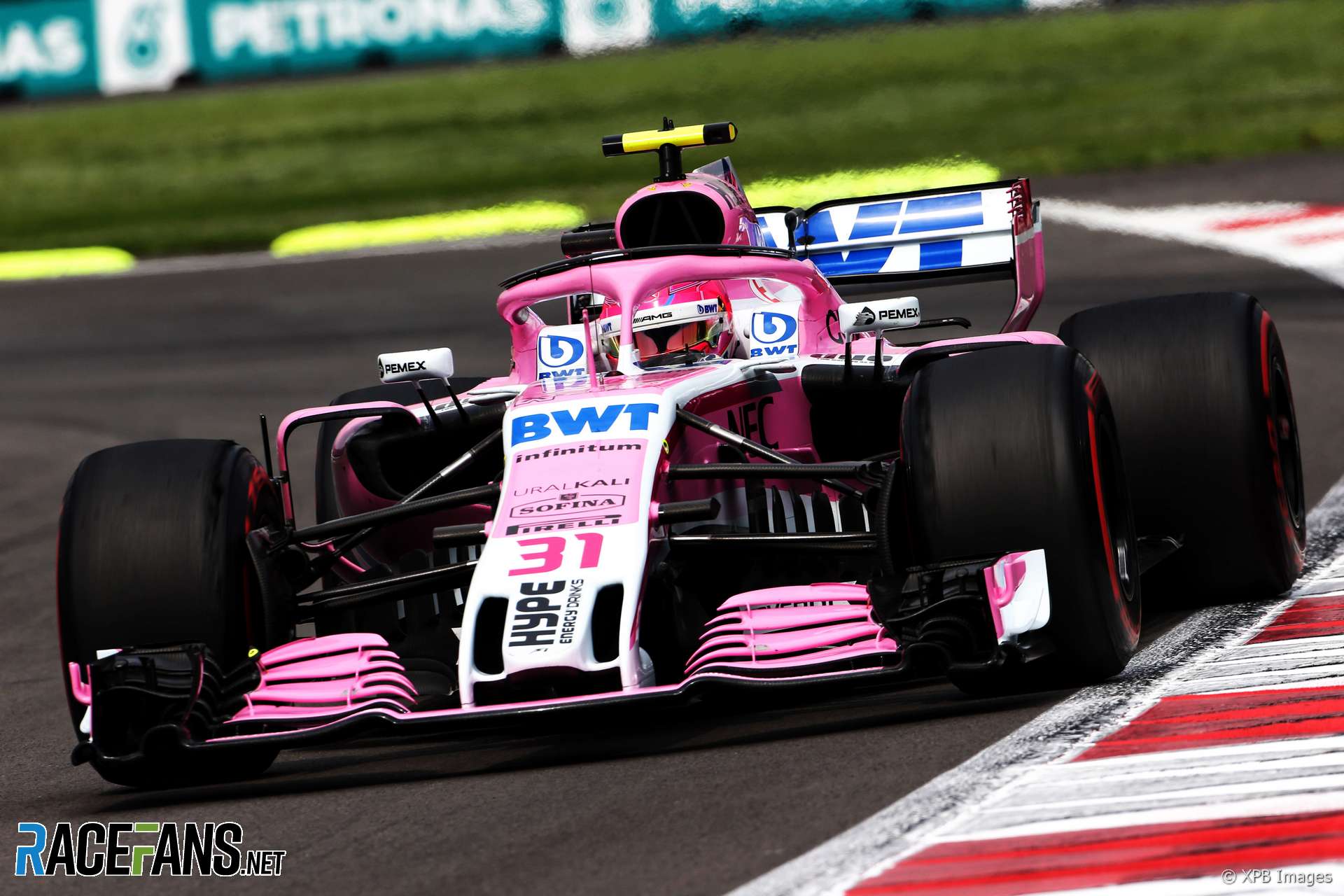 Esteban Ocon described the Mexican Grand Prix as one of his worst F1 races to date.

The Force India driver, who is at risk of being without a drive for the 2019 F1 season, finished out of the points after damaging his car on the first lap of the race.

“This has been probably the worst race of my whole Formula One career so far,” said Ocon. “Nothing went our way and it’s just been a terrible afternoon.”

Ocon started from a promising 11th on the grid which allowed him to start on more durable tyres than the four cars in front of him.

“I made a very good start, managed to pass the two Saubers on the run down to turn one, but that’s pretty much the only positive to take from today,” he said.

“I went alongside Carlos [Sainz Jnr] in turn three but I saw he was going to turn in. I braked to avoid a collision, but we still made contact and it broke my front wing. I had to pit at the end of the first lap and my race was effectively over.

“It’s a shame because we had a good strategy and a fast car, but today was not our day. Let’s just forget about this race and come back stronger in Brazil.”