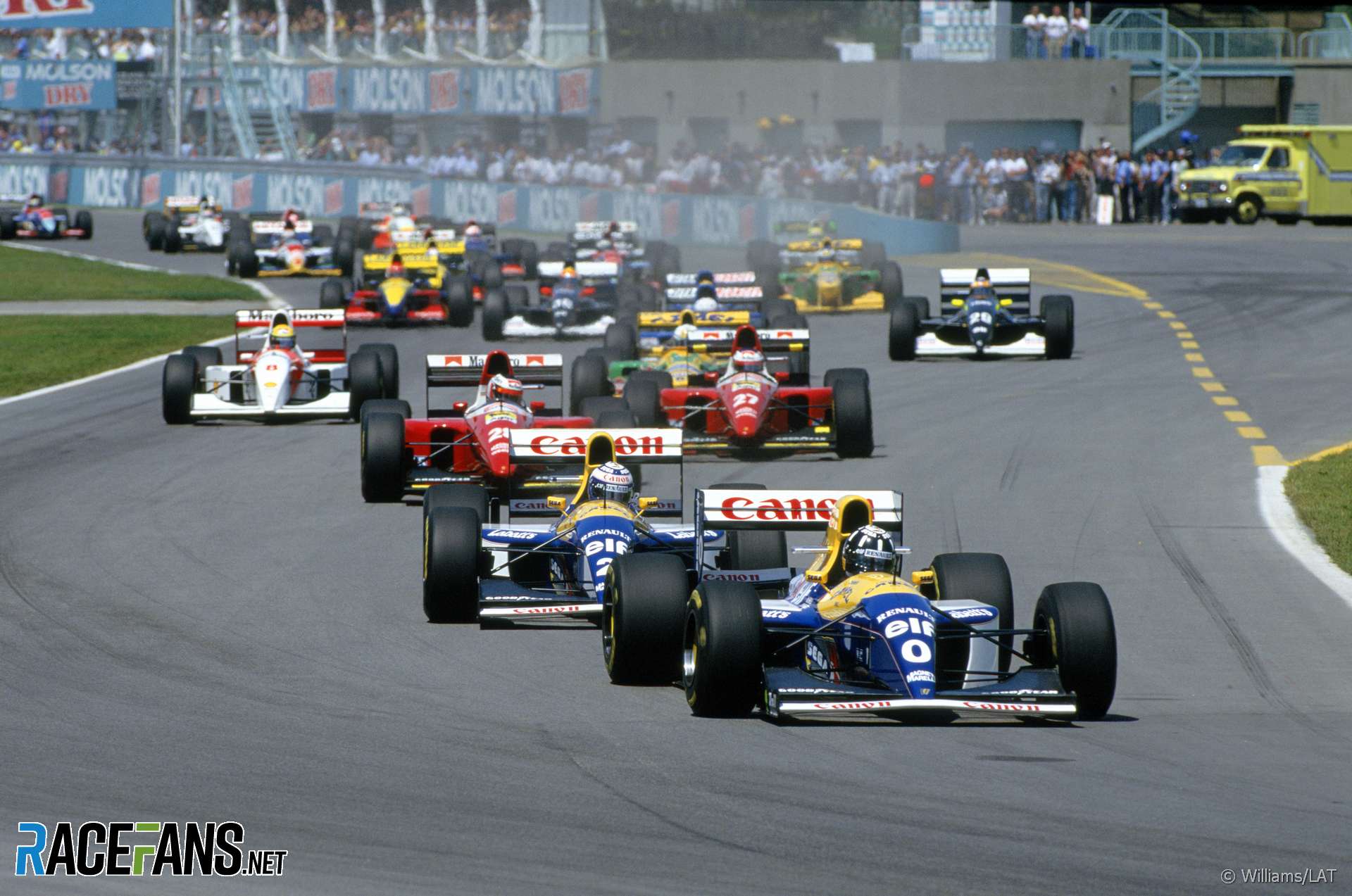 Mercedes’ controversial rear wheel design is considered legal because of a precedent which was established in 1993 when Formula 1 cars last used active suspension.

Last week the team successfully petitioned the Mexican Grand Prix stewards to rule that key parts of the wheel’s design, including the use of spacers to improve heat transfer from the wheels, are legal.

The dispute over the legality of the design centres on whether the holes in the wheel have an aerodynamic effect. If so, the wheels could be considered a moveable aerodynamic device. These are illegal, with certain specific exceptions (such as the Drag Reductions System).

The stewards ruled that the size of the holes is sufficiently small that they considered their primary function is cooling, rather than aerodynamics, and is therefore legal. However, they noted: “we would reserve [the] right to judge alternative geometries, and to change this view if (for example) the spacer were to grow beyond its primary function (that of a spacer) and if the holes were to become big enough to have a more significant aerodynamic effect.”

FIA race director Charlie Whiting explained this reasoning in response to a question from RaceFans.

“It all goes back to the World Council decision of 1993 on active suspension,” said Whiting. Active suspension systems had been used in various forms over the previous seasons but were mastered by Williams, who dominated the 1992 and 1993 championships with their FW14B and FW15C cars.

The computer-controlled suspension systems allowed Williams to perfectly optimise its car’s handling for every corner. Rivals rushed to copy the design, but in the middle of a practice session for the 1993 Canadian Grand Prix the FIA stunned the pit lane by advising teams they considered the systems potentially illegal.

This was part of a power play on the part of the FIA to force teams to accept a ban on the systems, and other driver aids, for the 1994 F1 season. But the distinction between what is and is not considered a moveable aerodynamic device, which in turn has its legacy in the row over the banned Brabham BT46B ‘Fan Car’, has remained.

Whiting explained that the 1993 ruling established that “as long as any aerodynamic effect is wholly incidental to the primary purpose of the part in question, which in those days was suspension, then it will be fine.”

However it is down to the FIA to determine whether the aerodynamic effect is incidental or not. Today’s rules on suspension design are carefully worded to prevent teams exploiting this grey area, and Whiting believes the same may need to done with the wheel rules.

“Since then rules have been developed for suspension where, if you look at suspension now, you know full well it’s influencing the aerodynamics of the car but within the limits that have been set. Aspect ratios, length, height, angles and where they join, all these sorts of things are stipulated now in the technical regs. That came as a result of that world council decision.”

“So even though they do influence the aero of the car it’s fine because the primary purpose is suspension. That’s the sort of thing that we need probably to be doing with these parts that we’re talking about now.”

In the meantime, the FIA will issue a further technical directive to teams clarifying the rules definition around wheel design “to deal with the subject generally not specifically.”

“We need to make sure someone doesn’t come along with something slightly different or significantly different even and to try and do the same thing,” Whiting explained.