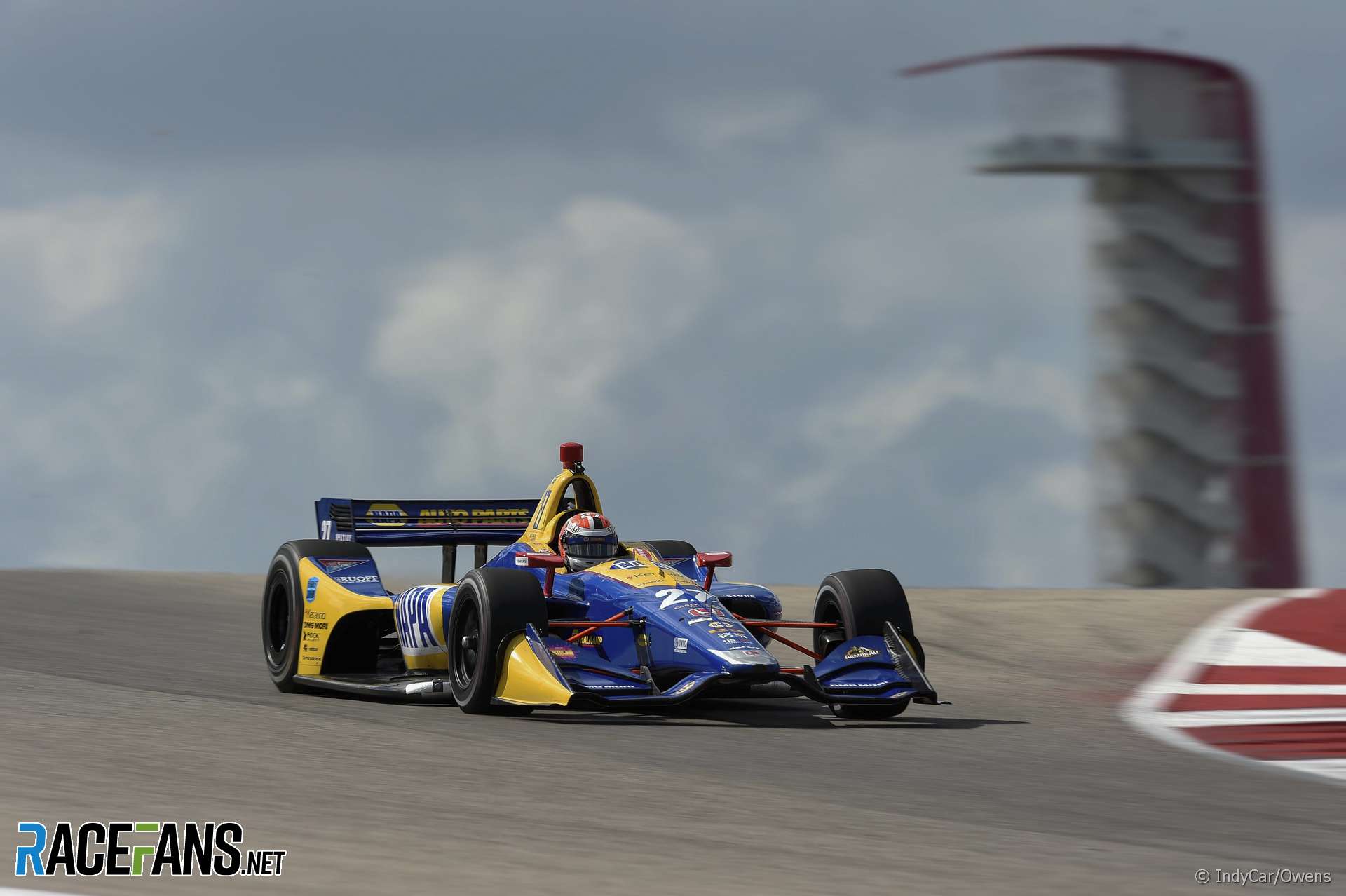 IndyCar drivers Alexander Rossi and Tony Kanaan took part in the series’ first test at the Circuit of the Americas today.

The track, which held the United States Grand Prix eight days ago, will host IndyCar racing for the first time on March 24th next year.

“It always blow me away how cool this race track is to drive,” said Rossi, who finished 12th for Marussia in the 2015 United States Grand Prix at the track.

“The facility’s always kind of awe-inspiring every time we come here. I’m very excited to get back here next year for real and put on a good race.”

No times have been released from the test featuring the Andretti Autosport and AJ Foyt Racing drivers.

Pictures: First IndyCar test at the Circuit of the Americas

Video: First IndyCar test at the Circuit of the Americas

The beginning of a beautiful friendship. Welcome to COTA, @IndyCar. pic.twitter.com/gxSaTamuav

26 comments on “Pictures: IndyCar begin first test at Circuit of the Americas”