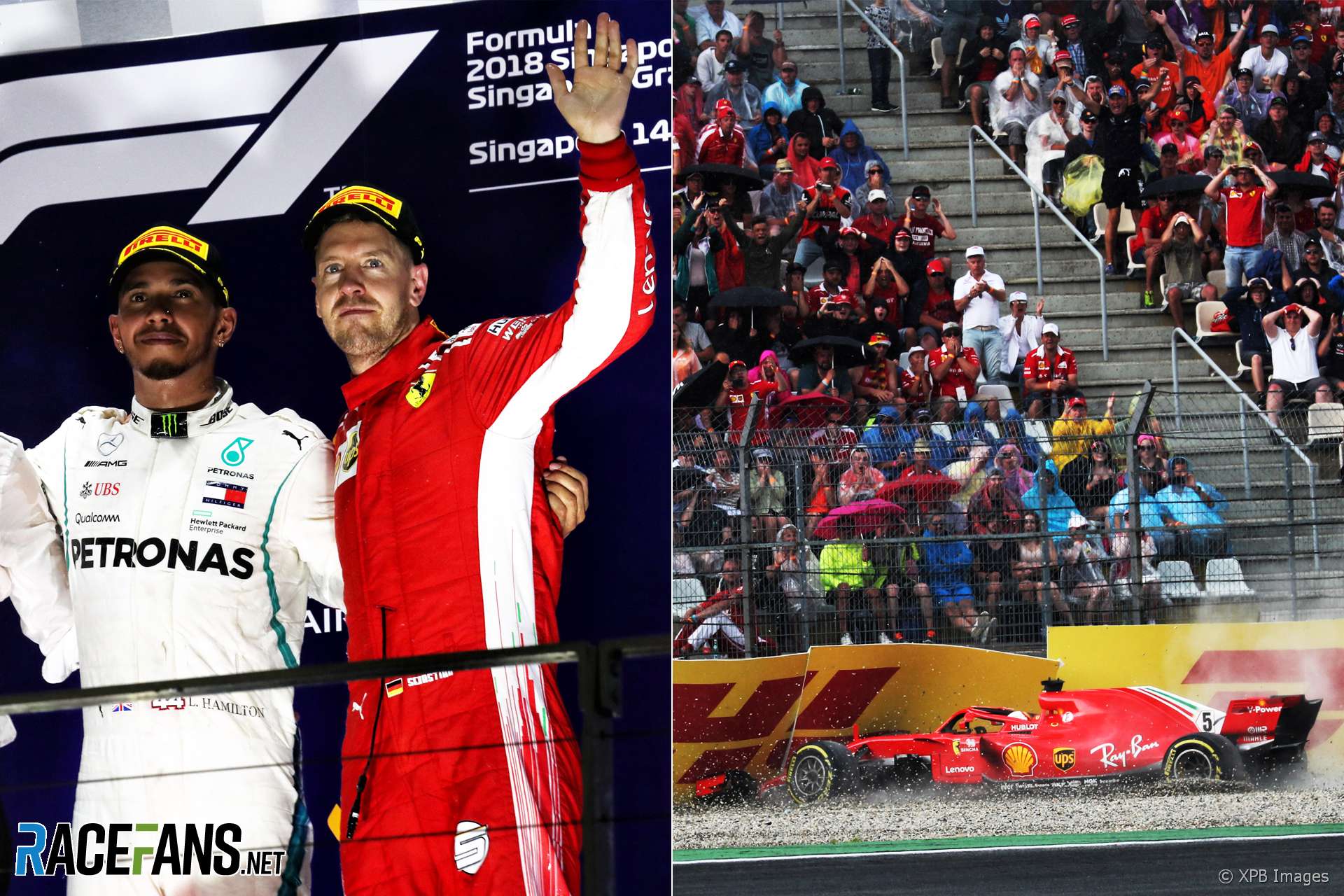 Sebastian Vettel says Ferrari’s defeat in the Singapore Grand Prix was the most significant moment in the team’s season after losing the championship to Lewis Hamilton.

Asked whether his crash while leading the German Grand Prix or his first-lap spin Italy was the moment that defined Ferrari’s championship, Vettel said “None of the two, to be honest.

“For me it was more Singapore. I think from Singapore onwards we just didn’t have the pace to keep up with Mercedes for a couple of races.”

Vettel finished third in Singapore, almost 40 seconds behind Hamilton. It was the first in a series of races where Ferrari’s performance slumped. They recovered in Austin, where Kimi Raikkonen won, after the team removed several parts they had introduced to their car in recent races.

However Vettel admitted his mistakes contributed to his championship defeat.

“I can’t be too hard on myself with what happened in Germany because it’s not like… I’ve done much bigger mistakes this year but obviously it was the most costly one. Unfortunately it’s part of racing: when you push you might be sometimes pushing a little bit too hard. I chose the wrong corner as well.

“But anyway, it’s behind me and I’m not really thinking about that too much. I consider it part of racing and it happens to others as well. But seeing that struggle in the last couple of weeks, just for pace and speed was probably more defining than that.”