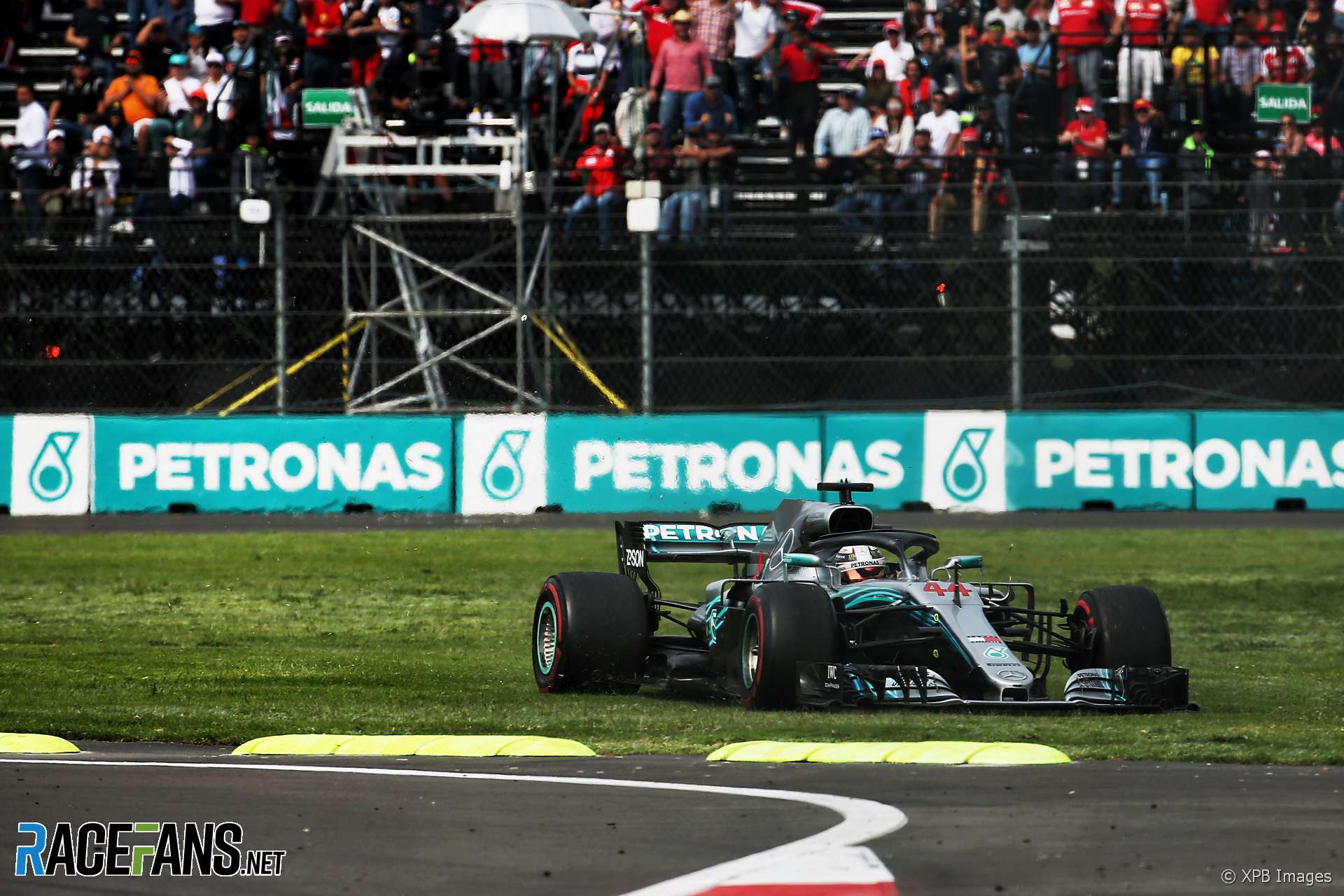 Lewis Hamilton’s drive to fourth place in Sunday’s Mexican Grand Prix clinched his fifth world championship title. But in total contrast to a season which has already yielded nine wins, he was never in contention for victory.

This complete, unedited transcript of Hamilton’s radio communications reveals how surprisingly difficult the race was for Mercedes.

From third on the grid, Hamilton immediately passed slow-staritng pole-sitter Daniel Ricciardo but had to give best to Max Verstappen at turn one. Worryingly for Mercedes, Verstappen soon began to edge away, while Hamilton was unable to draw clear of the other Mercedes.

Hamilton managed to pass Kimi Raikkonen, who was still running on older tyres, but early in his second stint he realised his tyres weren’t going to last. Ricciardo began to close in again, but a Virtual Safety Car period triggered by Carlos Sainz Jnr’s retirement gave Hamilton some breathing space.

After the VSC period Sebastian Vettel passed Ricciardo and soon began to chase down the increasingly tyre-troubled Hamilton.

Vettel made his way by Hamilton, who was soon alarmed to discover Ricciardo was taking over a second per lap out of him.

When Ricciardo passed Hamilton, Mercedes bowed to the inevitable and brought him in for a second stop. Realistically his hopes of beating the Red Bulls or Ferraris were now over.

Following his second stop Mercedes initially tried to keep within range of Raikkonen to stand a chance of jumping the Ferrari if the Safety Car came out and he pitted. But Hamilton wasn’t convinced this was worthwhile. He only needed seventh to be certain of the title even if Vettel won the race.

With 16 laps to go Hamilton’s third set of tyres were dropping off. He was soon losing ground to Verstappen more quickly than Raikkonen, whose tyres were older than his.

Despite a gruelling race in which he came close to being lapped, Hamilton survived to the end and clinched his fifth world championship title.

Hamilton was also played a pre-recorded message from actor Will Smith at the end of the race which said: “Hey Lewis, congrats man! That’s how you do it, baby. Just like I taught you, that’s how you do it, just like that, that how you supposed to drive.”