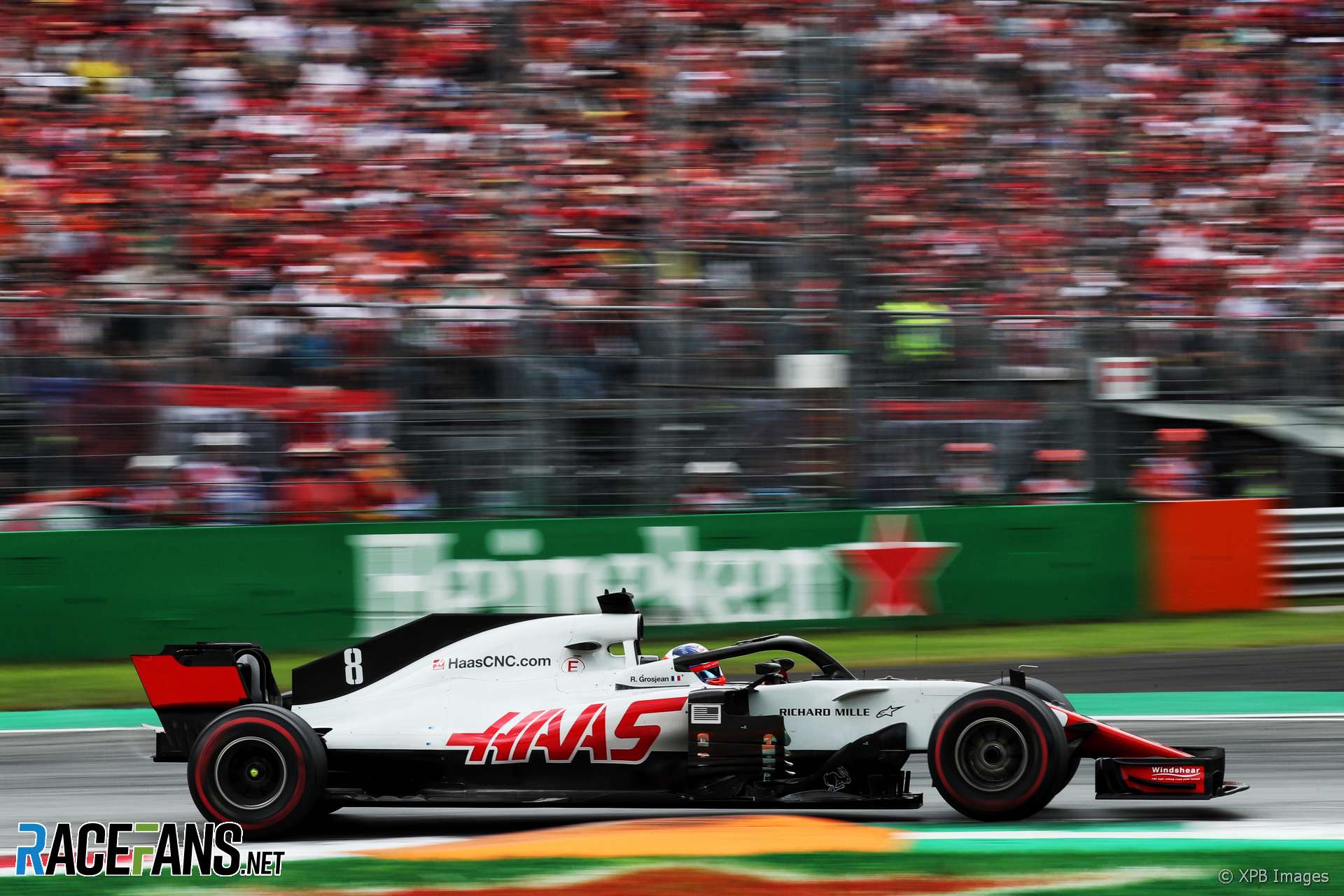 Haas’s protest against Romain Grosjean’s disqualification from the Italian Grand Prix has been heard by the FIA’s International Court of Appeal but a decision is not expected until tomorrow.

The court assembled at 9am this morning in Paris to consider the team’s attempt to overturn the stewards’ decision to strip Grosjean of his sixth place in the race.

RaceFans understands the hearing went ahead as scheduled but per FIA protocol the judgement will not be handed down until tomorrow.

Grosjean was excluded from the results of the race after the stewards upheld a protest from Renault concerned the floor of Grosjean’s VF-18. The floor was found not to comply with Article 3.7.1.d of the technical regulations, as clarified by TD/033-18, regarding its radius of 50mm.

Haas lie 30 points behind fourth-placed Renault in the constructors’ championship with two races remaining. If Grosjean is reinstated the gap will be cut to 20 points.

Haas has also confirmed Formula Two Louis Deletraz will make his debut for the team in the Young Drivers’ Test at Abu Dhabi following the final race of the season. The 21-year-old is the son of three-times F1 race starter Jean-Denis Deletraz.