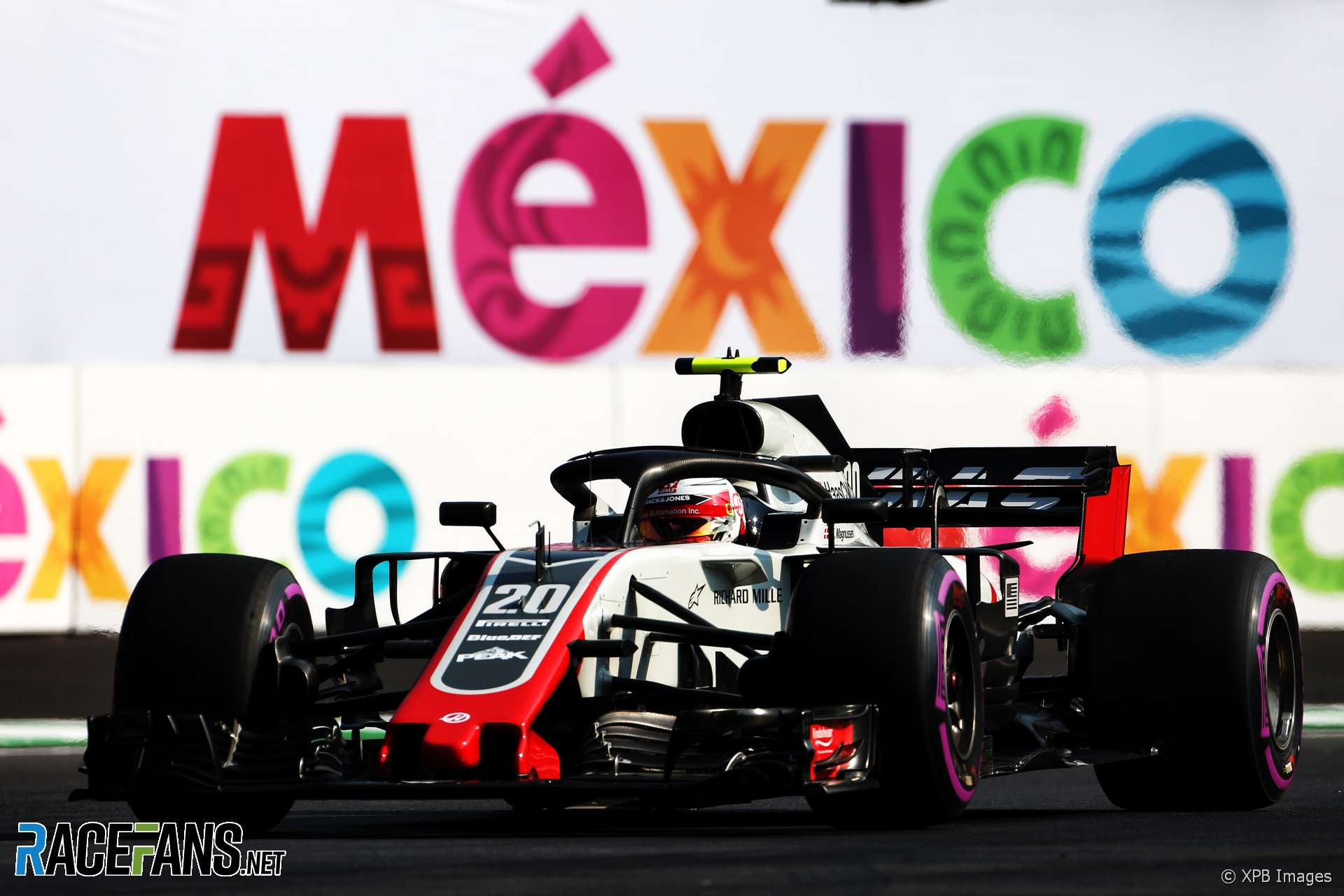 The Mexican Grand Prix was a race of tyre saving for many drivers. “These are the world championships in driving slow,” complained Nico Hulkenberg in a race he summed up as “lame” after the chequered flag fell.

A frustrated Kevin Magnussen went further, labelling Pirelli’s tyres a “disgrace” on his way to 15th place on a poor weekend for Haas.

Lewis Hamilton had a better result to celebrate, clinching his fifth world championship. But Mercedes struggled with tyres throughout the race as well as he could only manage fourth.

Race winner Max Verstappen had plenty of causes to be happy, bouncing back from a disappointing Saturday to repeat his 2017 victory at the Autodromo Hermanos Rodriguez.

Here are a selection of the best team radio messages from the Mexican Grand Prix.

Max Verstappen grabbed the lead from team mate Daniel Ricciardo at the start. However for the second race running a first-lap incident led to Fernando Alonso’s retirement.

Romain Grosjean was at risk of a one-race ban if he collected two superlicence points and as a result seemed more sensitive than usual to other drivers’ racecraft.

Significantly, Ferrari drew the conclusion Red Bull would have to make a second pit stop, though that later turned out not to be the case.

Renault startedon the unfancied hyper-soft tyres and to their surprise lapped quickly and for long enough in the opening stages to make a one-stop strategy work. But they, like Sauber, would have to treat their rubber very delicately after pitting to make it work.

Renault were on course for a strong points finish when Carlos Sainz Jnr’s car suddenly stopped.

Hamilton slipped behind Vettel and came under threat from Ricciardo as his second set of tyres began to fade.

Charles Leclerc was becoming increasingly frustrated by Sauber’s repeated calls for him to preserve his rubber. These are excerpts of the 50 messages he was given telling him to slow down to save his tyres. Magnussen was also fuming about the state of his Pirellis.

Incredibly, Ricciardo retired from the race again. Meanwhile Toro Rosso switched their drivers, though Hartley made it clear he expected the position to be reversed again if his team mate didn’t make any progress.

Out in front on his own, Verstappen kept himself occupied by trying to set the fastest lap of the race. However he was thwarted by Valtteri Bottas making a late pit stop for a set of hyper-softs.

Verstappen took the win, Hamilton took the title, but most of their rivals were unimpressed by their afternoon at the wheel.

48 comments on ““These tyres are a disgrace for F1”: Over 300 Mexican GP team radio messages”