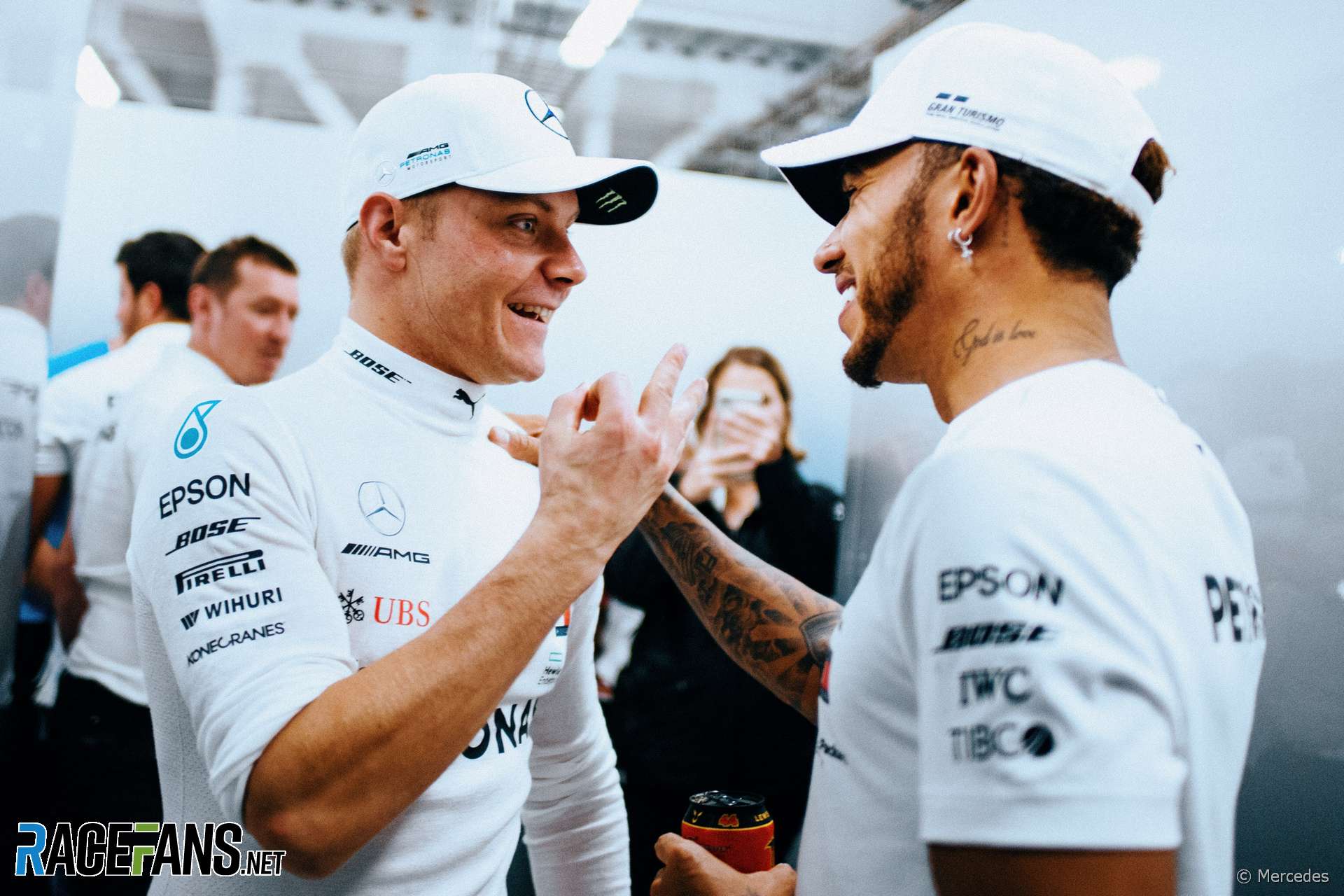 Valtteri Bottas says he understands why Lewis Hamilton has been so competitive this year and what he must do to get on terms with his team mate.

Asked by RaceFans whether he could see how Hamilton has been able to out-perform his rivals, Bottas said: “Honestly there’s been no point that I haven’t understood. There’s been always an explanation or I’ve seen why different things [are].”

Bottas described how Hamilton is sometimes able to drive corners quicker than him more consistently. “I do understand if he’s quicker and there’s a couple of corners that I struggle more than him. Sometimes I get it right but he gets it every time.

“But it can be vice-versa, I can be quicker in some corners and he struggles more. But for me there’s always been an explanation and you can always find why.”

Hamilton has won the world championship in both the seasons he has been alongside Bottas. Although Bottas has not won a race this year, he handed victory to Hamilton in Russia when ordered to by the team.

Bottas believes Hamilton’s consistency across a range of different conditions is another of his major strengths. “Whatever the conditions are – wind, temperature, wet or dry – he seems to be very adaptable.”

“Obviously it was difficult to say much about Lewis before I joined the team other than knowing he is a good driver,” he added. “I don’t normally create anything in my head when I don’t know a person.

“The only thing I can say when I joined the team and got to know him a bit more is he’s a very nice guy and he works hard. Maybe much harder than many people think.”