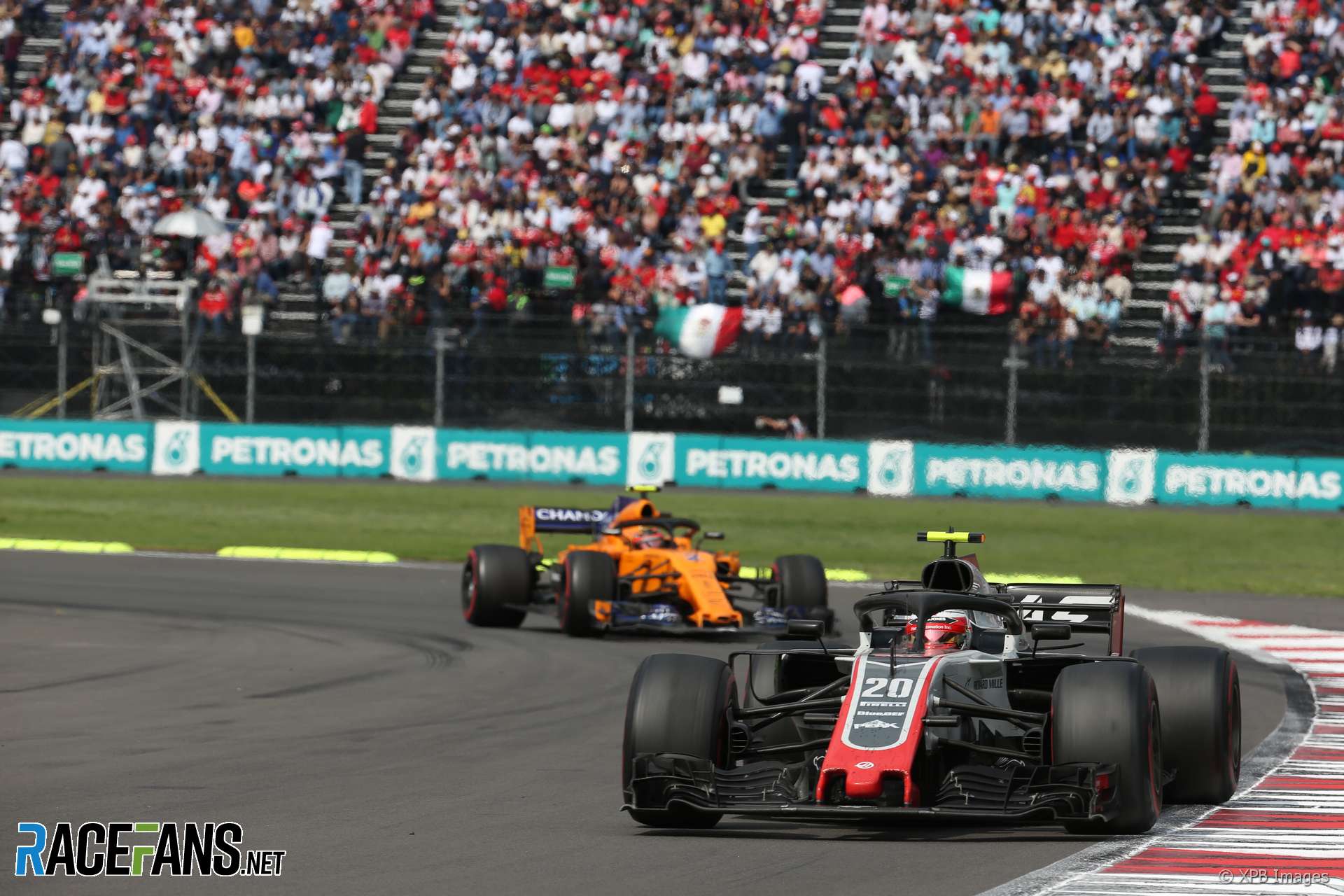 HaasKevin Magnussen says Haas don’t fully understand why they struggled with their tyres in the Mexican Grand Prix, after describing the rubber as a “disgrace” during the race.

The Haas pair were the last two cars running at the end of the race. Magnussen finished 15th in front of team mate Romain Grosjean.

Asked in today’s FIA press conference whether the team had sussed why it struggled with its rubber at the Autodromo Hermanos Rodriguez, Magnussen said: “Not quite.

“But I think we understand that it’s probably to do with tyres as we hadn’t changed the car so the only thing that can really be such a factor is tyres.

“I think in Mexico you have these factors like you have very little downforce because of the altitude and that kind of has a lot of knock-on effects on different things. Cooling as well. You run the car in a different window in Mexico and I think we got the tyre performance a little bit wrong so we suffered a lot in Mexico and that was a weekend to forget, definitely.”

However Magnussen admitted the Mexico City track has been a week circuit for the team in the three years it has visited it.

“We need to learn from it because last year, and the year before that, the team also had a bad weekend in Mexico. So hopefully next year we can learn a bit more and get there a little bit more prepared to not have such a big ‘off’ weekend.”