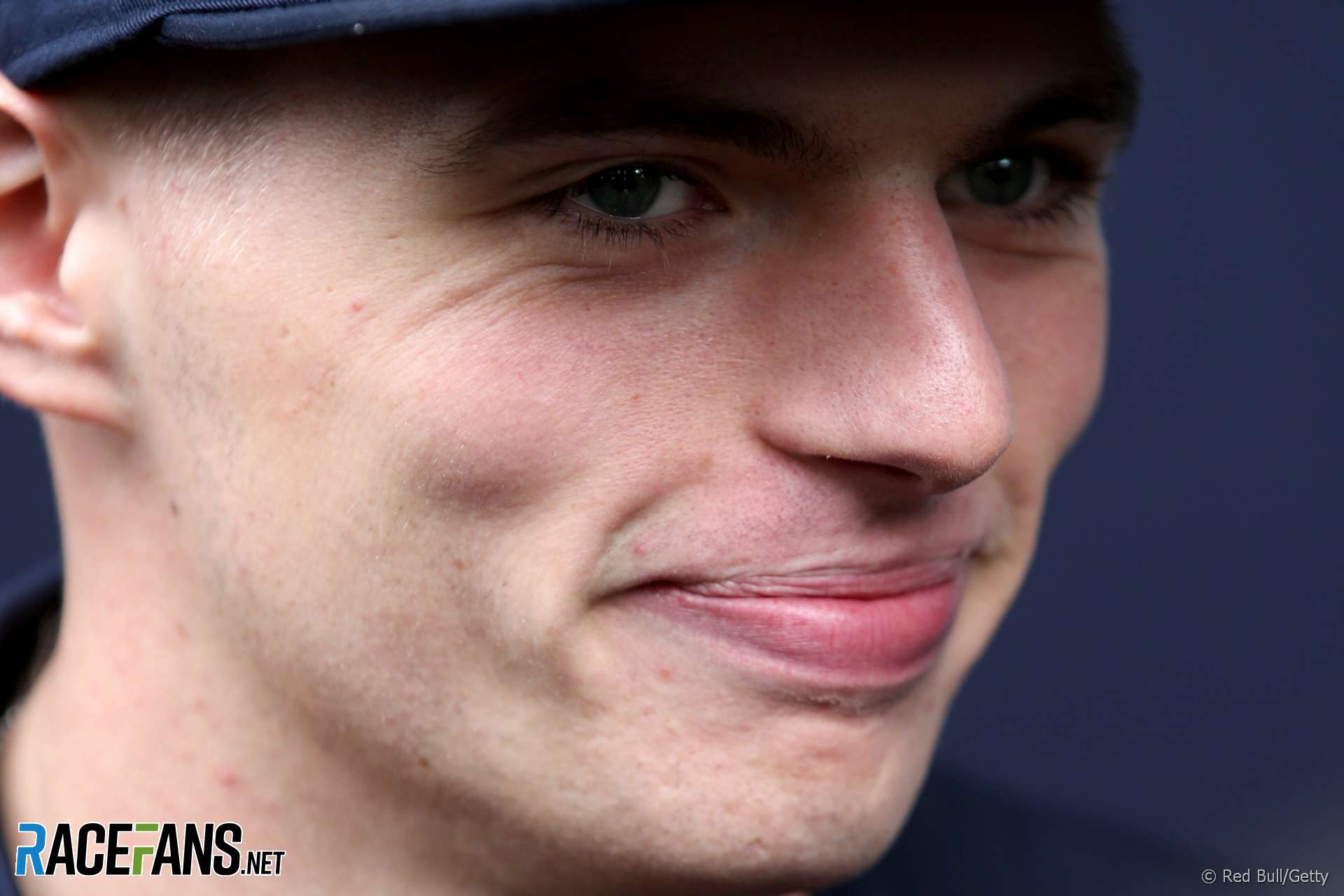 Mexican Grand Prix winner Max Verstappen says Red Bull are unlikely to be contenders for victory again in Brazil this weekend because of their engine’s performance deficit.

Asked whether he thinks Red Bull can challenge for victory in Brazil, Verstappen said: “No.”

“We always try to do the best we can but I think there are not enough corners to make up the losses on the straights, which you could see also last year,” he explained. “In a week normally you can’t really improve the car that much, it just shows that we don’t have enough power.”

The long, curved climb to the start/finish area is a particular weak point for Red Bull, he said. “It’s not even a normal straight, it’s uphill. You’re always turning so you’re scrubbing speed so it makes it only worse.

“And with the downforce we have on the cars it makes the corners a little bit easier. It’s even more flat-out.

“That’s the same scenario that you get in Silverstone where a few years ago it was really like a proper track with proper corners but now so much is flat-out it gets more painful for us.”

Verstappen also addressed claims he was angered by Daniel Ricciardo’s celebrations after his team mate beat him to pole position in Mexico.

“I was mainly very angry because of the problems I had with my engine during qualifying,” he said.

“That week I was clearly the fastest but for 75 seconds I wasn’t. So I was literally pissed off. And then of course every little thing that comes with it makes me more angry.”