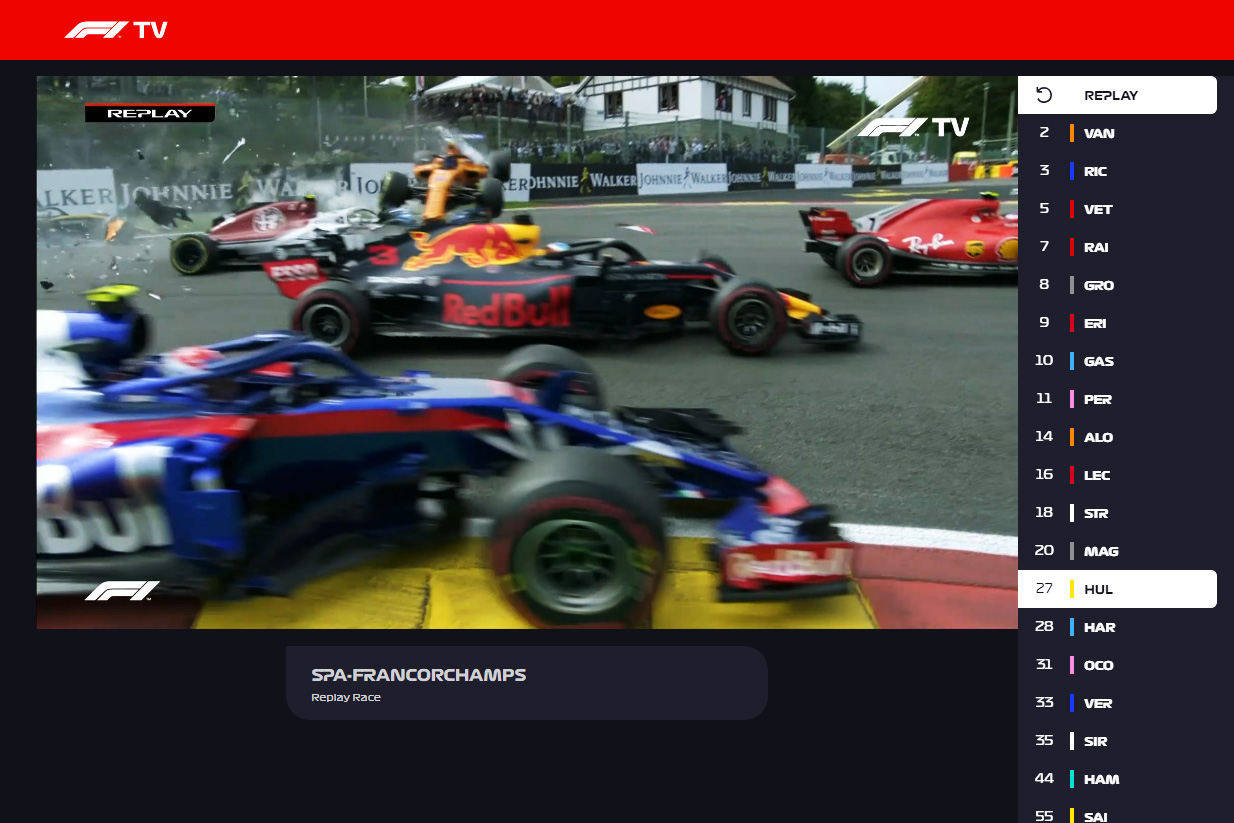 Formula 1 will makes its streaming service F1 TV Pro available to viewers in more countries next year through existing broadcasters.

The streaming service was launched in 57 countries earlier this year. However it is not available in several major markets for F1 including the United Kingdom and Italy due to existing television broadcast arrangements.

F1 CEO Chase Carey told a Liberty Media investor call that will change as FOM is working with broadcasters to offer a version of their over-the-top streaming service.

“One of the really exciting opportunities we’re developing with some of our traditional broadcasters, some of the deals we did for 2019, we’re partnering with them to market and promote the over-the-top platform.”

FOM’s streaming service has been seen as a rival to pay television networks such as Sky. Carey says the new F1 TV offering an opportunity to “work with them in opposed to against them, because they actually think it is compatible.

“This is a product targeted at your hardcore customers who will pay more for a richer experience than a basic, linear one. And I think it benefits everybody to find a way to tap into the demand that those customers have for the product.”

Carey said 2018 had been “year one” for the streaming service after FOM was unable to launch it in time for the first race of the season.

“I think it’s a multi-year project to get it to where we believe it could get to,” he said. “I guess I’d say this year ended up being almost a beta project.

“We didn’t launch it at the beginning of the season. I think for a sport like ours to really achieve its potential it’s a ‘season buy’ more than a sort of ‘race buy’.”

The first subscribers to the service complained about the technical problems they encountered with it at launch. Carey admitted there were “more technical bugs than we’d like.”

“I think we probably were not surprised, I think we hoped they wouldn’t be there but they were.”

FOM has improved the stability of the platform, according to Carey, which means they can now add more content to it and market it more aggressively.

“2019 will be the first time we bring it to market as a commercial proposition to market and sell it. I think we feel good about the technological platform. Adding the mobile platforms [was] critical. So [many] people follow it today not on desktops, they’re following it on mobile devices, and we didn’t get that in place until September.

“I think the content offering’s improved and we’re adding some of that although realistically the content is probably over the next couple of years we’ll continue to add breadth and depth in terms of data and archival product. But next time will be the first time we really sell and market it properly.

“So I’d say this was a year of getting it ready to more commercially launch. Next year will be ‘year one’. This is a multi-year proposition and we’re still, as we roll it out, clearly it’s going to roll out differently in different countries. In some we will fully and aggressively push it.”