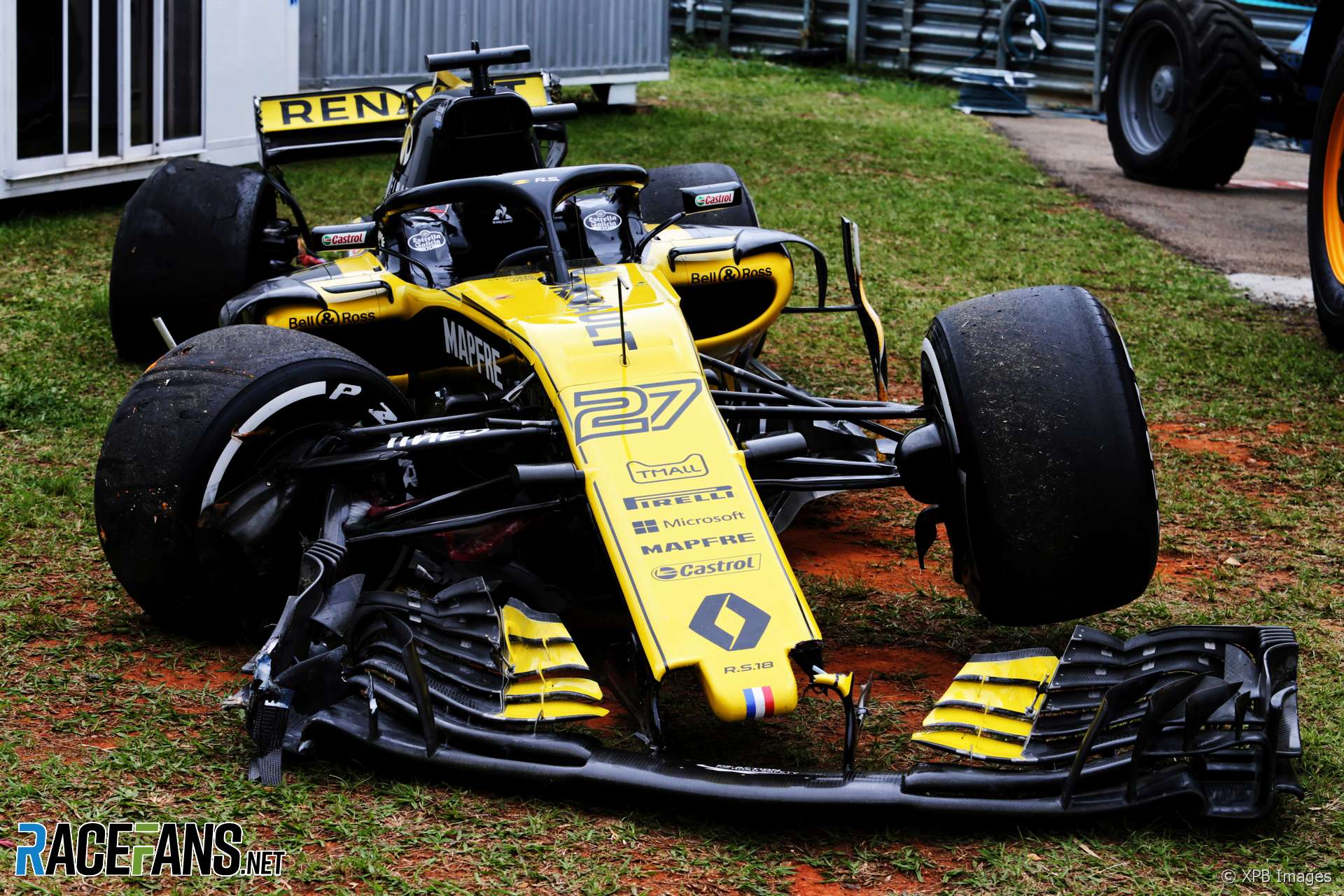 Nico Hulkenberg admitted his crash at the start of the second practice session at Interlagos today was his own mistake.

Practice was red-flagged while Hulkenberg’s damaged Renault was recovered after he hit a barrier at the exit of the left-hander Juncao.

“The problem was I just got wide a little bit on the kerb,” Hulkenberg explained. “The car bottomed out, that really pulled me off the track and onto the grass and once I was there it was already game over.

“It happened pretty fast. Small error, but a lot of damage. Not a great afternoon.”

The crash occurred six laps into his first run of the session. “It’s never great to crash in free practice on Friday,” he added. “Of course you miss the long runs.

“I did one in FP1 in the morning but of course it’s not what I like to do. Unfortunately it happened but we have to take it from here.”

Hulkenberg says Renault face a “tricky” weekend after ending Friday behind all of their rivals besides Williams.

“I think we don’t look as competitive as in Mexico and Austin. A little bit as expected, this track is a bit more challenging for us the balance that we face, so a challenging weekend ahead.”

7 comments on “Hulkenberg: Crash was “small error, but a lot of damage””