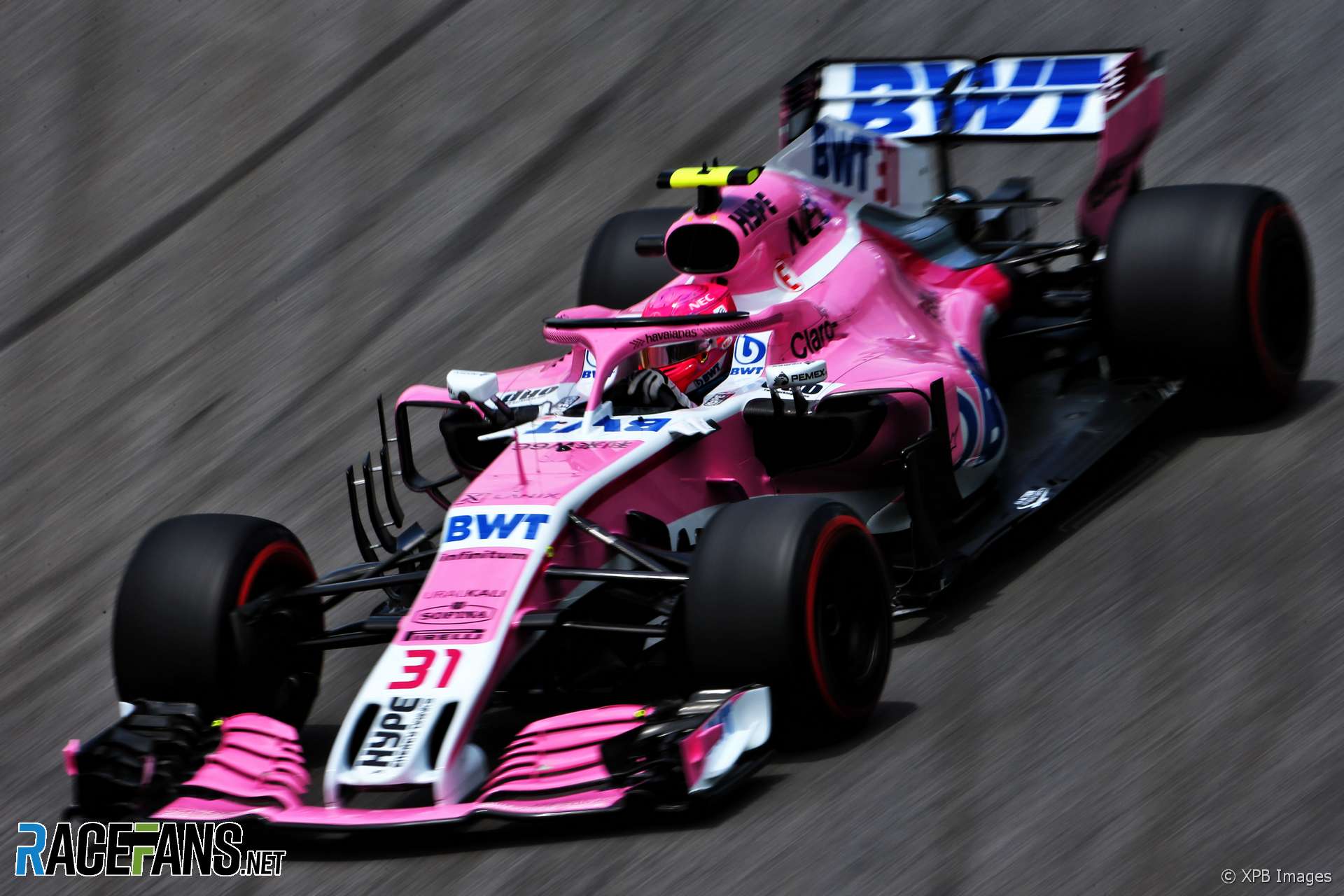 Esteban Ocon is set to receive a five-place gearbox change penalty for the Brazilian Grand Prix.

The Force India driver will use a new gearbox for this weekend’s race despite not having completed the required six consecutive events with his previous unit.

Before the gearbox change was announced Ocon had been in a positive frame of mind about his day’s work.

“It was a good day,” he said. “It’s a difficult circuit to get everything right.

“Obviously you need to work a lot on the car to put everything together. Short track, very tight between everyone so it’s going to be an interesting day tomorrow. We will see how we get on but the target is to get into Q3 and get good points in the race.”

Ocon’s team mate Sergio Perez also had a troubled Friday. He had to sit out first practice while Nicholas Latifi drove his car, then lost time in the afternoon as the team had to change his power steering assembly.