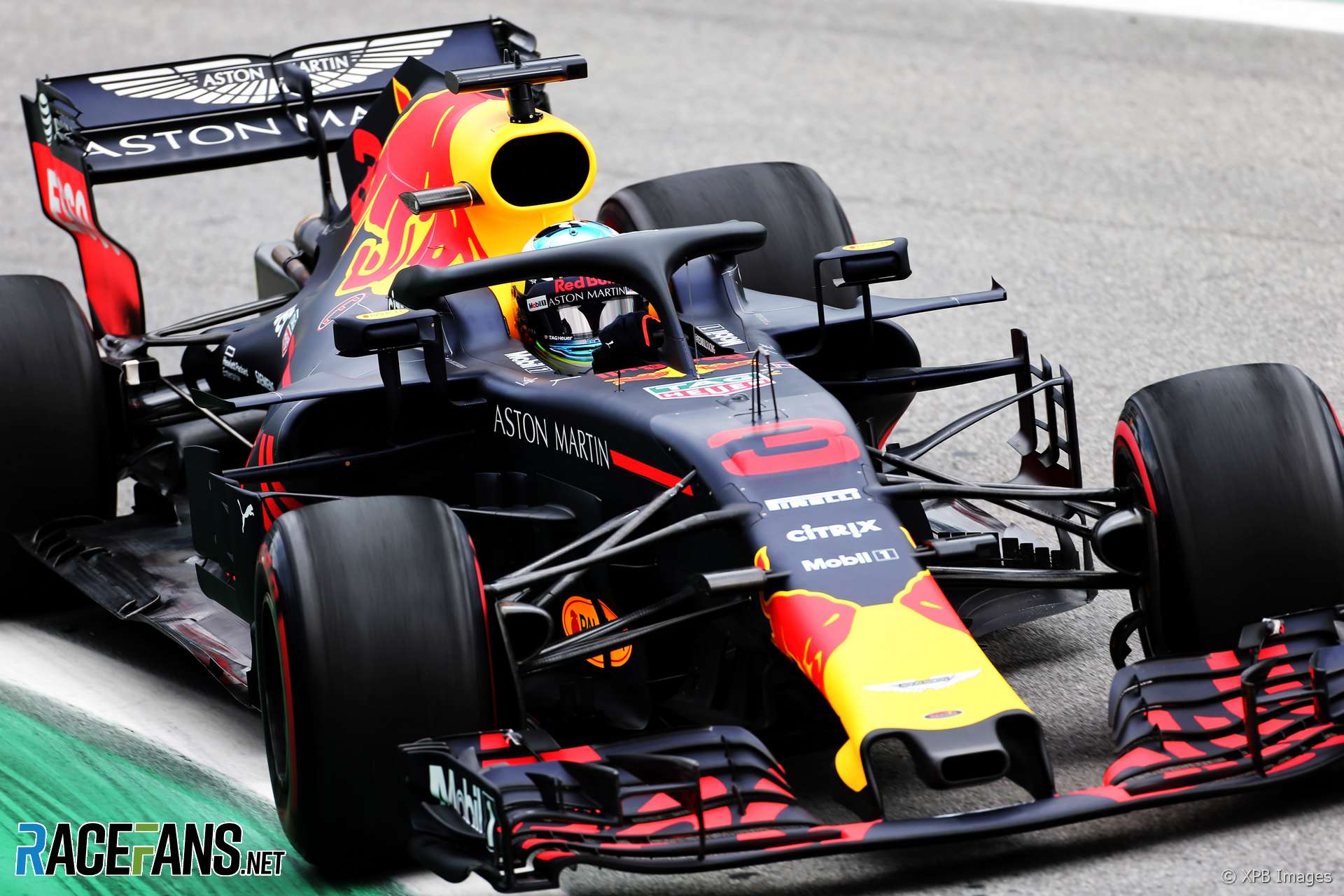 Daniel Ricciardo’s five-place grid penalty for the Brazilian Grand Prix is a consequence of how marshals handled his car when he retired from the previous race in Mexico.

Red Bull team principal Christian Horner revealed Ricciardo’s turbo had to be replaced because it was damaged by foam from a fire extinguisher when his car was recovered after he retired from the race at the Autodromo Hermanos Rodriguez.

“You can’t really blame them, the car was obviously smoking,” Horner told Sky. “They shot foam up the exhaust and as it solidifies in the turbo it’s terminated it.

“So he’ll take a five-place penalty. Hopefully on a track like this it’s actually not that big a penalty.”

Horner also revealed Max Verstappen was fortunate to win the race as his power unit was in the early stages of a potentially terminal failure. He missed the beginning of the second practice session in Brazil as the team had to replaced a damaged part on his car.

“The oil tower on the front of the engine has developed a crack so it was starting to leak oil in [the first] session. So it’s had to be changed. The guys have done a great job in getting the engine off the back and back on, replacing the part. Hopefully no more than a half-hour delay.

“The lucky thing is we suspect that crack may have started in Mexico because there was a little bit of oil loss in the race that couldn’t be accounted for,” he added. “So actually probably pretty lucky that it got to the end of the race.”