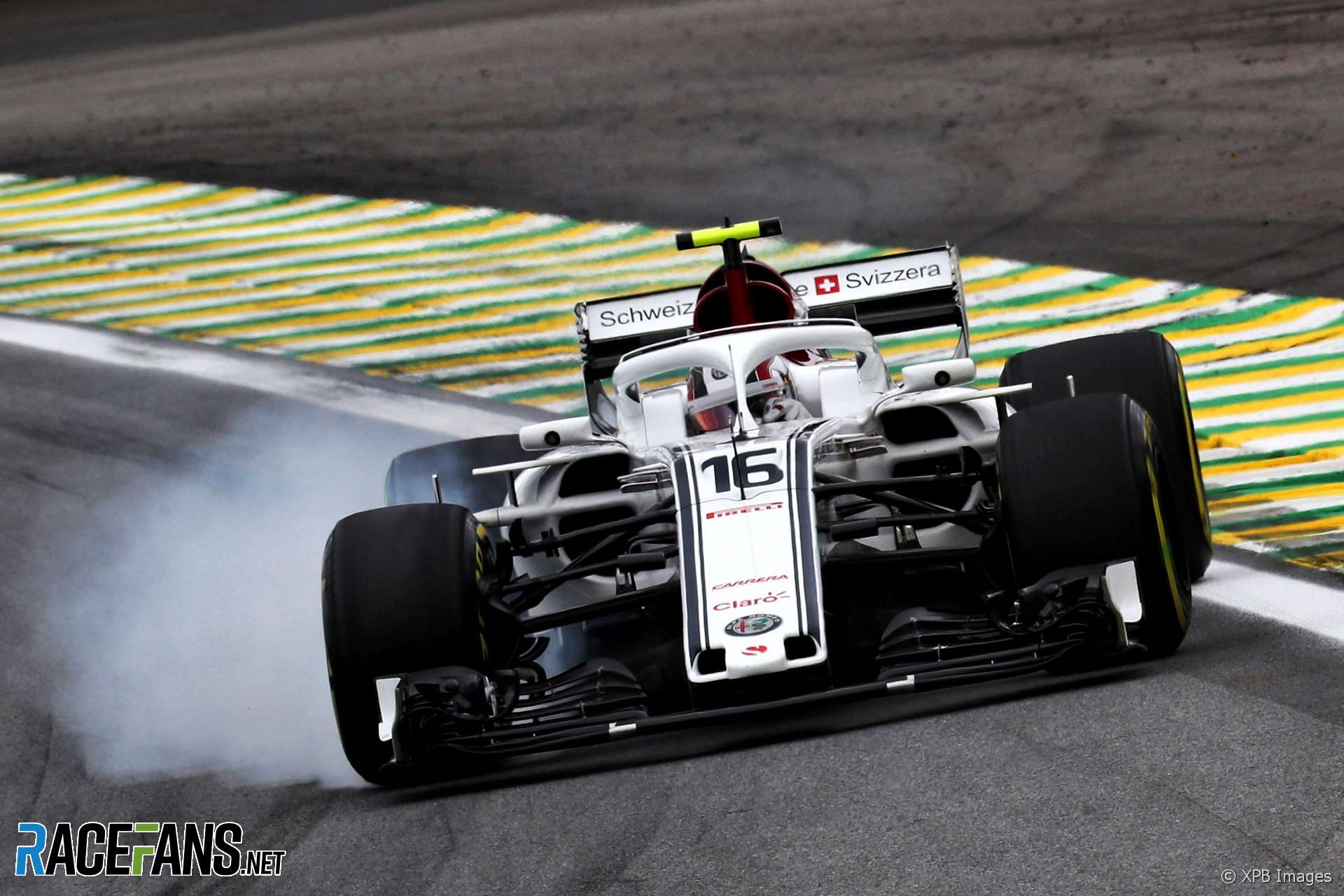 Formula 1’s official tyre supplier Pirelli says drivers won’t have to go to extremes to protect their tyres as they have in some races this year.

At the last race in Mexico several drivers complained about how carefully they had to drive to protect their tyres including Charles Leclerc, whose strategy was particularly extreme.

While Pirelli brought its softest available rubber to Mexico, its harder tyre range this weekend should reduce the amount of tyre saving drivers have to do according to sporting director Mario Isola.

“Degradation is something that we need to check,” he said after Friday practice. “We know that everyone will try to plan a strategy on one-stop with a required level of management.

Mexico was one of several races this year where drivers had to reduce their pace significantly to make the optimum strategy work. Isola says he doesn’t want this to happen but believes it isn’t only due to tyre performance.

“If you look at Monaco, for example, if you look at Sochi, every time we went [to] a lot softer compared to last year we can see that the level of management was a lot higher.

“I prefer to avoid this kind of situation because drivers shouldn’t just manage the pace so much. They are Formula 1 drivers, they have to push, they have to drive a car that is the fastest in the world. That’s the spirit of racing, it’s not managing.

“I fully understand that they are not just managing the tyres, it’s the package. But it’s in the DNA of any car racing, you have brakes and you have fuel, a lot of other stuff that you have to manage. But on our side we have to do our job in order to reduce the tyre management and at the moment it’s quite important.”

Drivers met with Pirelli yesterday to explain their concerns following the Mexican race. Isola said he is keen to continue discussions with them about their future tyre choices.

“I’m just happy to have meetings with them, to have exchange of opinions with them. The truth is it’s not really easy to do that because they are busy, it’s difficult to have them around the table.