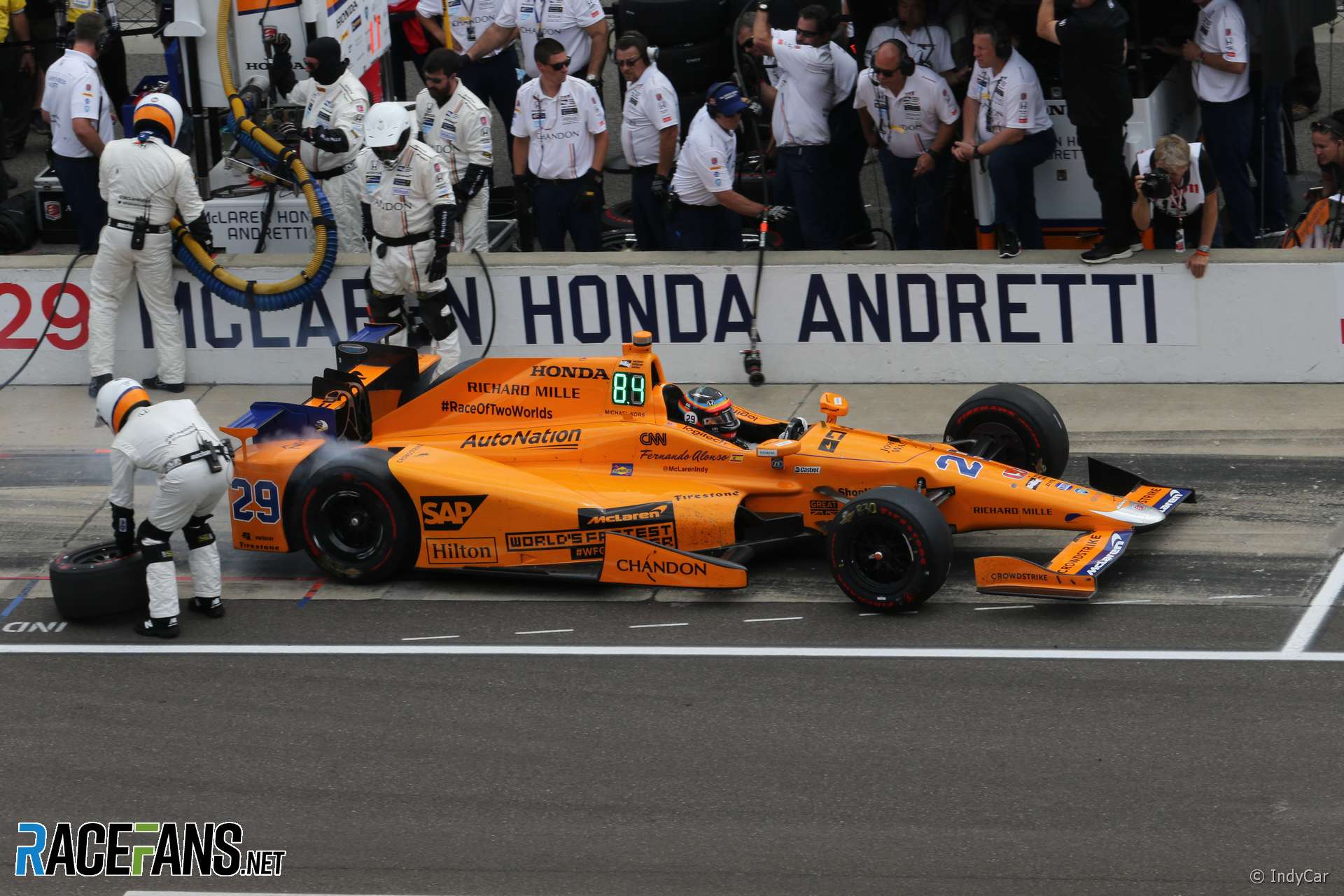 Fernando Alonso will compete in the 2019 Indianapolis 500 with McLaren, the team has confirmed.

Alonso previously entered the race in 2017 and led 27 laps before retiring. He is seeking to become the second driver to win the ‘triple crown’ of the Monaco Grand Prix, Le Mans 24 Hours – both of which he has won – and Indianapolis 500.

“I’ve made clear for some time my desire to achieve the Triple Crown,” said Alonso. “I had an incredible experience at Indianapolis in 2017 and I knew in my heart of hearts I had to go back if the opportunity was there.

“I’m especially glad to be returning with McLaren. This was always my first choice if the team decided to do it, so I’m delighted they’ve decided to go ahead. It’s a tough race and we’ll be up against the best, so it will be a huge challenge. But we’re racers and that’s why we race.

“One of the things I’m looking forward to most is seeing the fans again, who are absolutely fantastic.”

Alonso’s 2017 entry came as a joint bid between McLaren, Andretti and Honda. McLaren said further details on their return to the race “will be provided in due course”. They did not announce which of IndyCar’s two engine suppliers, Honda or Chevrolet, will power their entry.

McLaren Group CEO Zak Brown said the team is “relishing our return to the Brickyard and this incredible race.

“McLaren has a long and fond relationship with the Indianapolis 500 and it’s a case of unfinished business for us with Fernando.”

The team previously considered a full-time move into IndyCar next year before ruling it out. It has not indicated Alonso will participate in any IndyCar races beside the Indianapolis 500.