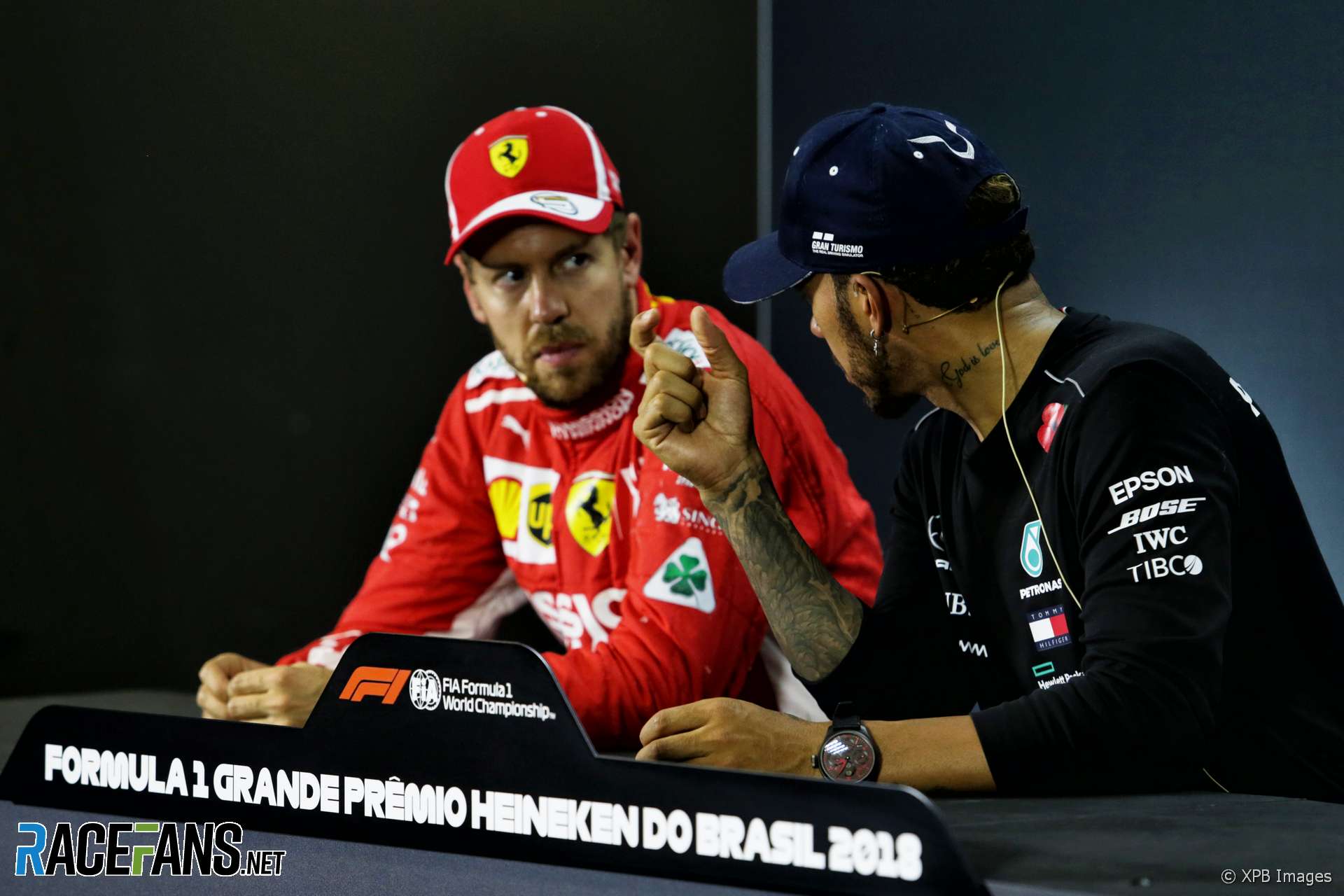 Daniel Ricciardo gave his backing to Lewis Hamilton and Sebastian Vettel who both avoided penalties for incidents during qualifying in Brazil.

Hamilton was not investigated for an incident with Sergey Sirotkin in which the Williams driver put two wheels onto the grass in order to avoid the Mercedes, which was moving slowly on the racing line approaching the final corner.

Both drivers were at the end of out-laps, and Ricciardo said Hamilton could reasonably expect Sirotkin wasn’t going to try to overtake him.

“I feel there is a bit of an understanding most of the time but none of us have ever agreed to it. We kind of feel if we respect them then if they’re in that position next time they’ll respect me. It’s a ‘I’ll be nice this time and he’ll probably be nice in return down the track’. It’s kind of that.”

Vettel avoided a grid penalty but was given a fine and non-driving reprimand after he damaged the scales at the weighbridge as he hurried to return to the track during Q2. Speaking before the penalty was issued, Ricciardo said he understood Vettel’s frustration at having to be weighed when he hadn’t set at time yet.

“If I was in his position I would be frustrated as well because rain [was] coming. He hadn’t set a lap yet so I guess in simple terms they’re just postponing his qualifying and putting him at risk.

“I’m sure we’re going to talk about it in Abu Dhabi now but we might have to try and add something in like you can only be called if you have set a lap. I think calling you to the bridge before you’ve set a lap, they’re kind of controlling your qualifying session, which I think is a bit unfair so from that point of view I will sympathise with Seb.”

Stopping to be weighed can take around a minute as drivers are required to switch their engines off which means their teams have to restart their engines. However Vettel used his Ferrari’s ability to restart its own engine using the MGU-K to drive away again.

“You’ve got to switch your car off, that’s the thing, so the mechanics have to come, start it up. If the weather is like that it’s not ideal.

“I mean they called me in at Suzuka when I had my problem so I hadn’t set a time I had literally gone out and come back in and they called me in and I was a bit like ‘guys, why do you need me, I’ve done nothing?’ And then they saw I had problems and let me go. I kind of feel we need to set a lap before they call us on.”