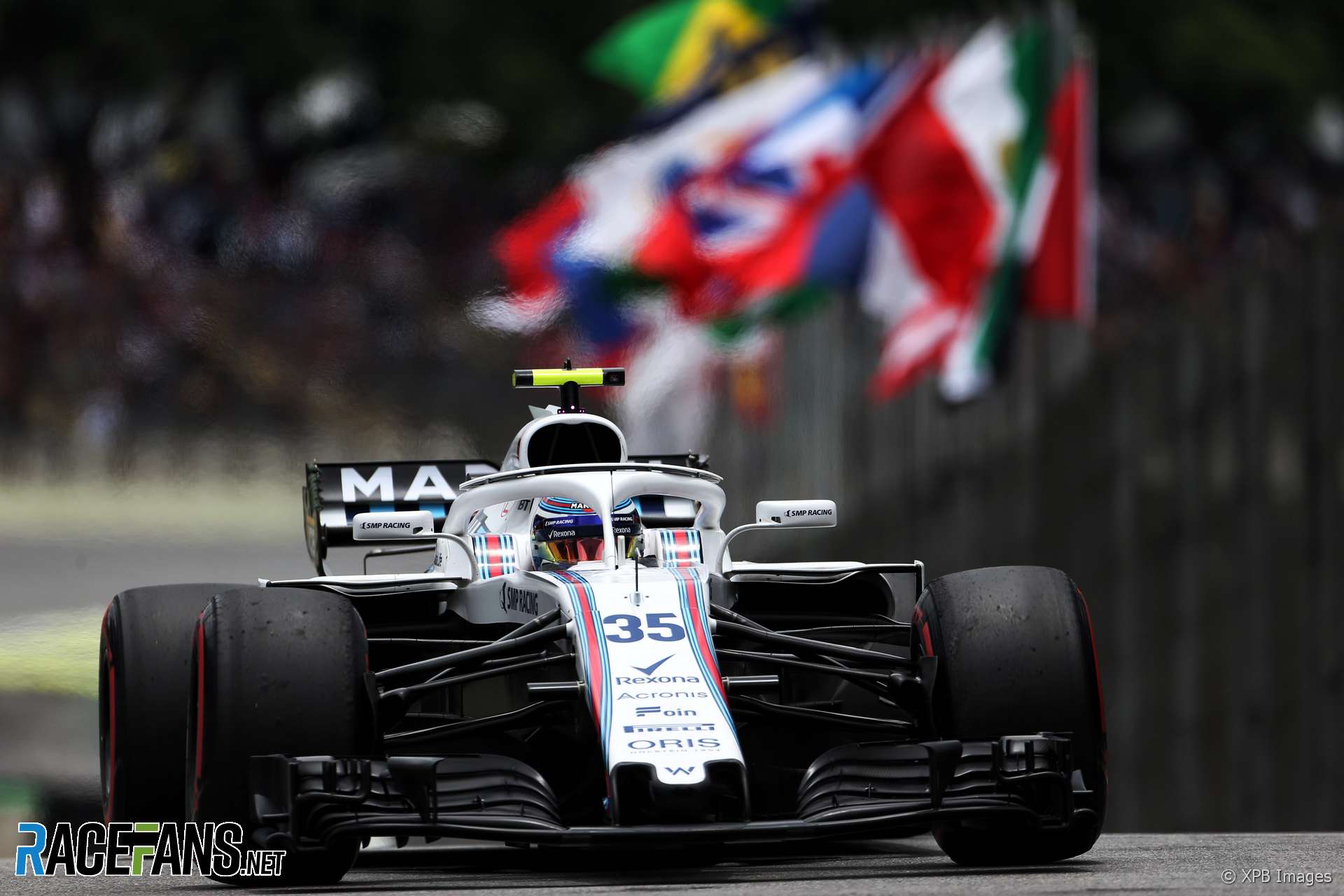 Sergey Sirotkin has been given a reprimand for driving too slow during qualifying at Interlagos due to an apparent error by his team.

The stewards found Sirotkin, who qualified 14th for Sunday’s race, drove too slowly as he returned to the pits at the end of Q1 but acknowledged this was at least in part due to a “set-up error”.

“Car 35 exceeded the specified maximum time between Safety Car Lines on its in-lap at 15:18,” the stewards noted.

“The stewards closely examined the drivers in-lap and found that Car 35 did not drive in a manner that was unsafe or adversely affected any other driver. While the driver did exceed the delta time on his dash, it appears that the majority of the time was due to a set-up error.

“The stewards found that the regulation was breached and ordered a reprimand.”

Sirotkin’s driving reprimand is the first he has received this season. Any driver who received three repriands is handed an automatic 10-place grid penalty.

The stewards are also investigating whether Kevin Magnussen committed the same offence later in the session. No investigation was announced into the incident between Sirotkin and Lewis Hamilton, where the Williams driver went off the track after catching Hamilton at the end of an out-lap.