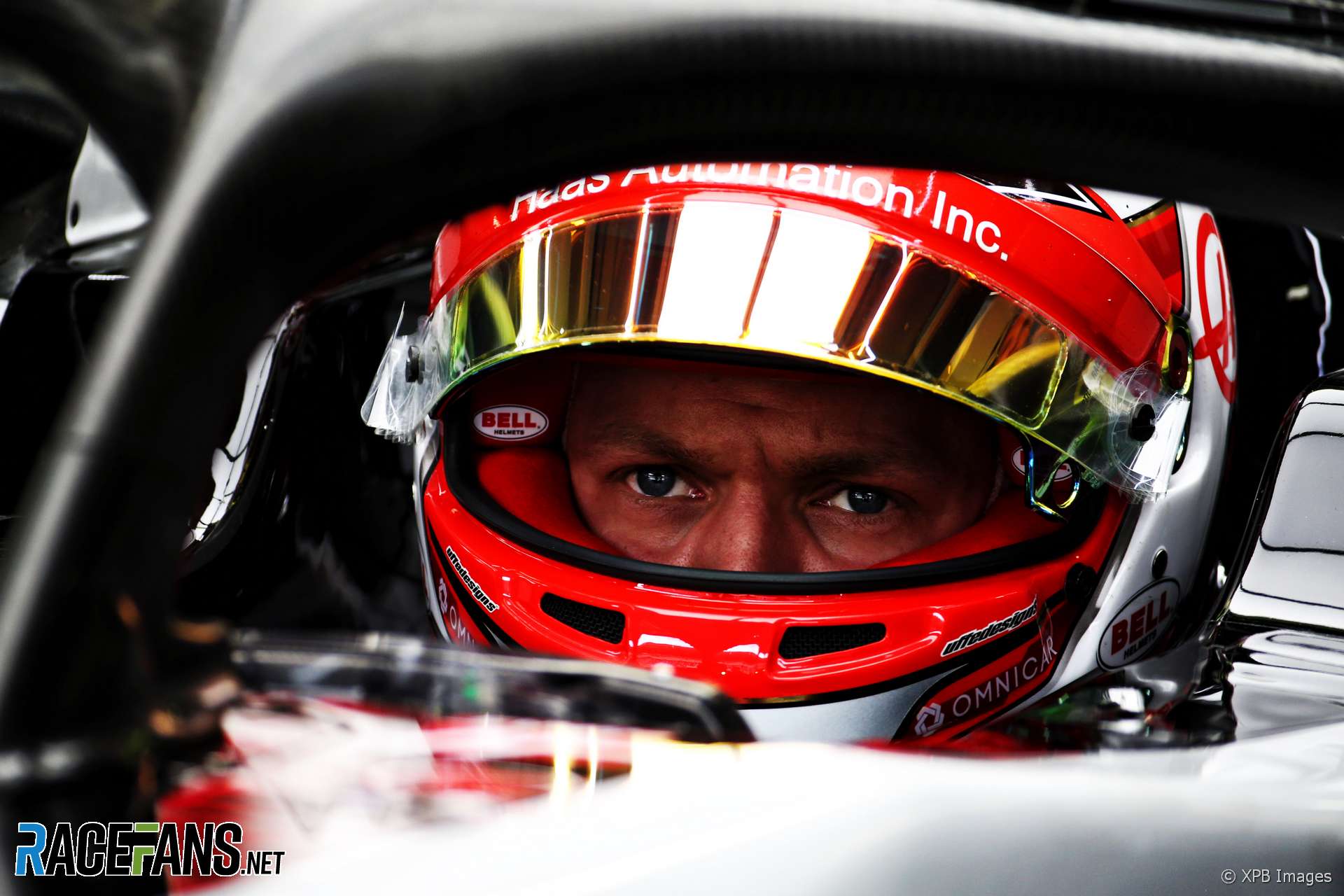 Kevin Magnussen has been given his second reprimand this year after the stewards ruled he drove too slowly during qualifying.

Magnussen was found to have exceeded the maximum time between the Safety Car lines when returning to the pits during Q2.

“The stewards closely examined the drivers In lap and found that car 20 took particular care not to impede other drivers. The driver also noted that he was concerned with the rain in the circumstances.

“However, the stewards noted that other drivers were setting representative times at this moment, and that the delta time is based on 145% of a representative lap. Therefore the stewards found that a breach was committed, but took into account the driver’s concern about rain and imposed a reprimand.”

Magnussen received his first reprimand during first practice for the Spanish Grand Prix where he was judged to have impeded Charles Leclerc.

As he now has two reprimands for breaking the rules while driving he will receive an automatic 10-place grid penalty if he collects a third, even if it is for a non-driving infringement.

The Haas driver is set to start Sunday’s race from 10th on the grid.