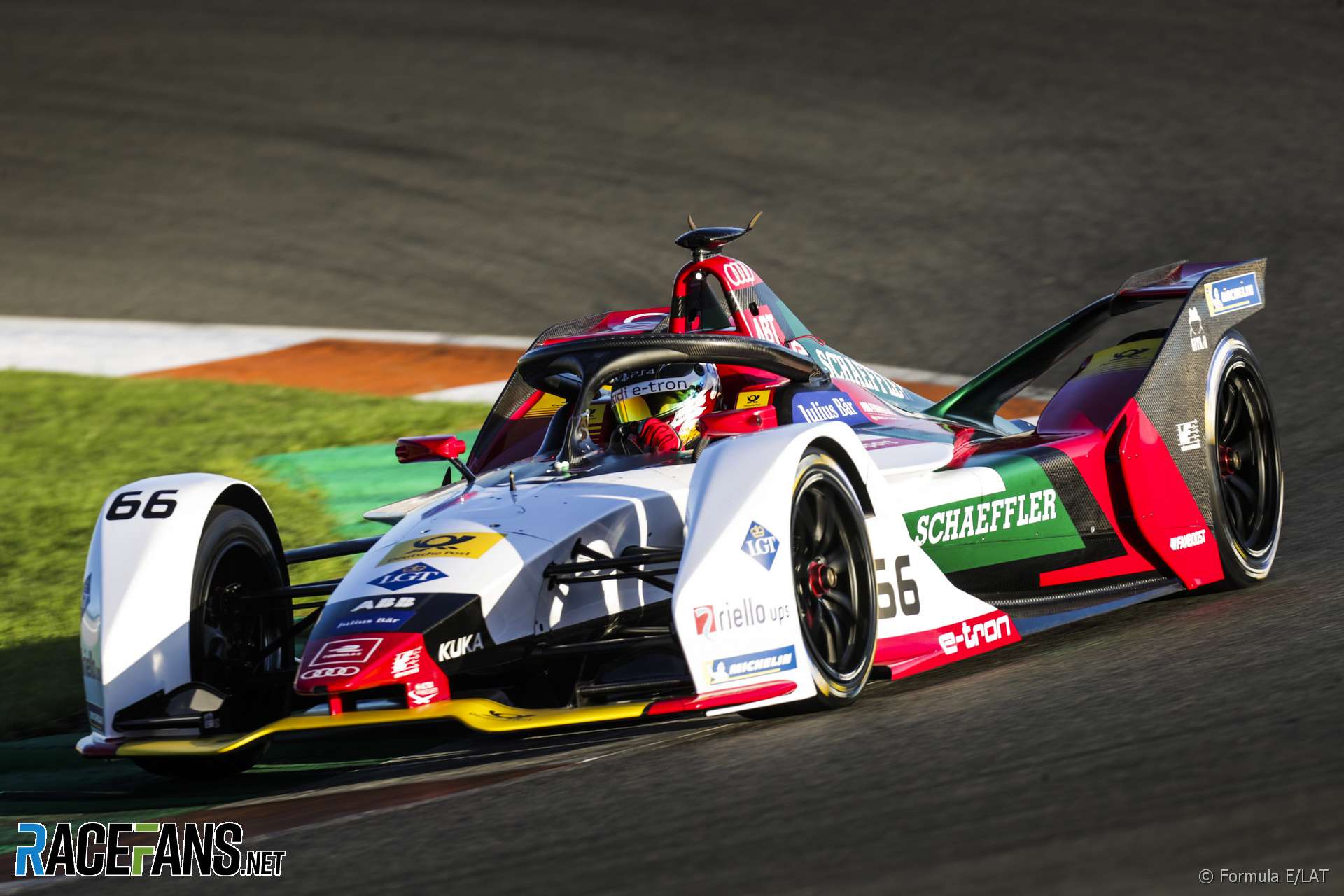 Lewis Hamilton says he has no interest in switching to all-electric series Formula E.

“I don’t think you are ever going to compare Formula One and Formula E,” he said. “Maybe in five, ten years maybe, but the technology that we have, it’s quite far advanced compared to what they would be having and they’re slower than Formula Ford at the moment so they’ve got a long way to catch the speed of a Formula One car. I don’t know if that’s their target.

“But I think it’s really impressive. I’ve been watching their cars on social media and they look pretty cool, so I wish them all the best and looking forward to seeing it progress.”

However Hamilton, whose Mercedes team will enter the championship next year, admitted he is “conflicted” about the effect conventional engines have on the environment.

“It’s a difficult one,” Hamilton said. “The gasses that we emit with our cars are not particularly helpful for the climate and for the world, so on one side that’s a concern for me.

“But on the other side, as a racing fan, I’m a petrolhead and I will always be a petrolhead. There will never be a time when I’m an ‘electric head’. I hope, at least, in my period of time, it’s always going to be a fuelled car with at least some sort of V-shaped engine, with some sort of sound.”

Formula E has attracted a broader range of manufacturers than F1 has at present. “I think it’s great what Formula E are doing and it’s a great start, it’s great to see all the top brands – Audi, BMW, Mercedes – are all getting heavily invested.

“Because, particularly on the roads – just coming here, for example – you see the traffic every single day, there are thousands and thousands of cars on the road. There’s the same in every country you go to. So the sooner we can get rid of the majority of those cars and then turn them into hybrids, then I think that would be a massive difference.

“But there are a lot of other things we can do around the world with businesses to help with those emissions.”

Max Verstappen said he also expects to remain powered by an internal combustion engine for the rest of his career.

“I think the boss clearly said of Formula E already that they don’t want to compete or be seen competing against Formula One so I guess that says enough. It’s just a different category.

“It seems like it’s getting more interesting, of course, with all the big car manufacturers joining in but at the moment I’m happy where I am and I will probably be one of the last people in the world to try and buy the last barrels of oil.”