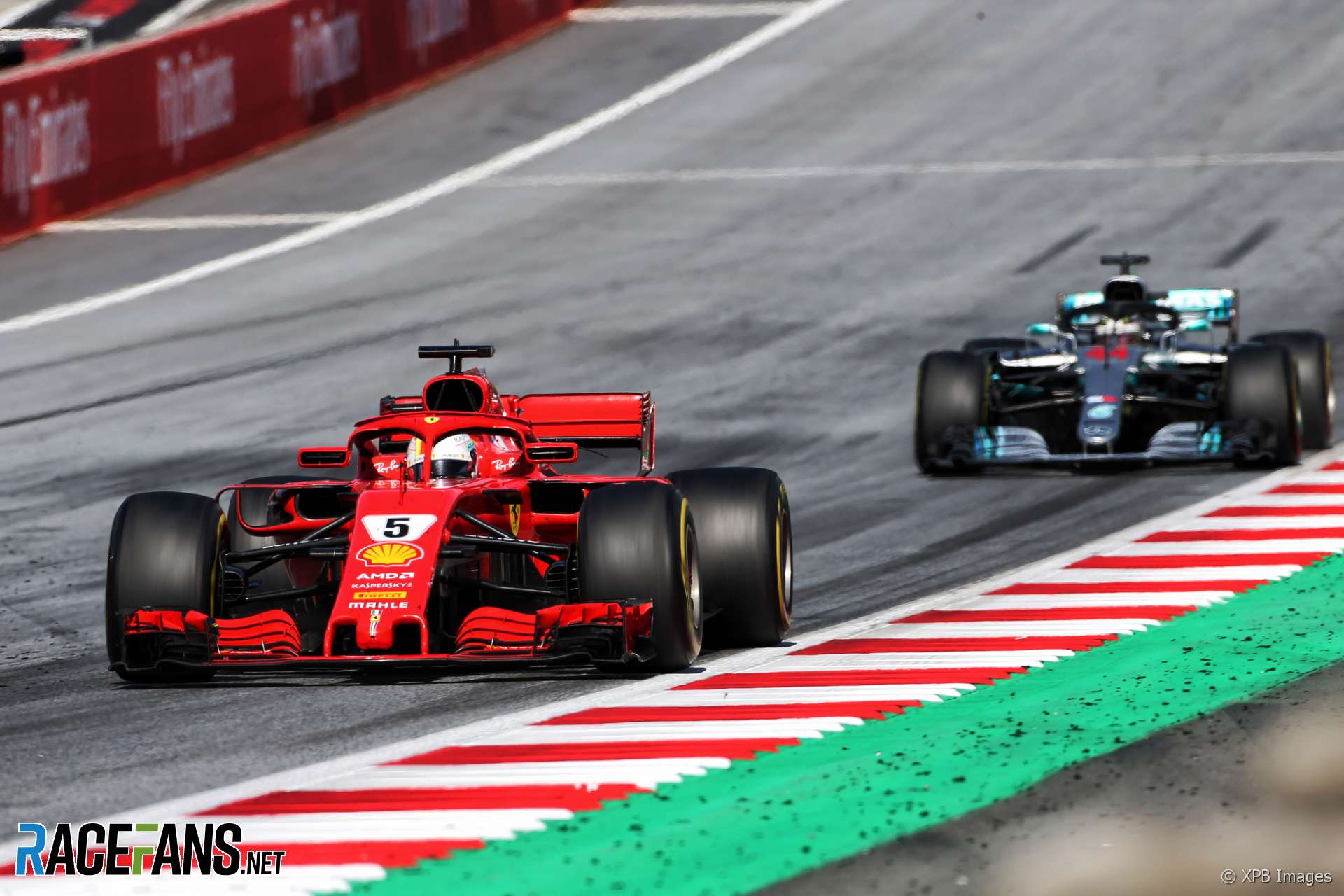 Sebastian Vettel put Lewis Hamilton and Mercedes on red alert when he won the opening two races of 2018. This looked like the most serious threat to the Silver Arrows’ dominance of Formula 1 since the V6 hybrid turbo era began.

Granted, luck had been on Vettel’s side in the season-opener where it took a well-timed Virtual Safety Car period to put him in the lead. But over the opening rounds Ferrari were consistently strong, even compared to their much-improved 2017 showing.

Seven races in, Ferrari had four pole positions to Mercedes’ two. Well past the halfway point in the championship, Ferrari had turned up with a quicker car than Mercedes more often than not.

So how did Vettel end up losing the championship with three rounds to spare? Did he squander a clear shot at a fifth title in a superior car?

Ferrari were much closer to Mercedes over the first half of the championship than they had been the year before. The season-opener at Melbourne proved something of an outlier, as is often the case. But over the three rounds that followed it, Ferrari set the pace.

At mid-season Ferrari remained the team to beat on raw pace, But at tracks like the Hockenheimring and Hungaroring they failed to convert it into wins.

In Belgium they gave Mercedes a pasting. Not only was the SF71H quick enough in a straight line for Vettel to blow past Hamilton as if the W09 was towing a caravan, but the Mercedes chewed its rear tyres in the slower corners.

Mercedes learned from that tough encounter and came back far stronger at Singapore, a circuit where it has historically struggled. This coincided with Ferrari going down a blind alley with its development.

Ferrari didn’t emerge from their slump until the championship arrived in Austin. By then, however, the title was already within Hamilton’s grasp.

Ferrari’s one-lap pace compared to Mercedes in 2017 and 2018. Negative values show where Ferrari was faster than Mercedes.

When Hamilton won the championship at the 19th round of the season in Mexico, Mercedes led Ferrari 10-9 in terms of who had been quickest each weekend. Although this was only a narrow margin, when Mercedes had a performance advantage it tended to be more comfortable than Ferrari’s.

At the point the championship was decided

On average, Mercedes were 0.13% off the ultimate pace over the 19 races Hamilton took to win the title, compared to 0.23% for Ferrari. But this too needs to be qualified, because many of Mercedes’ strongest races occurred after Hamilton had built himself a solid championship lead.

Indeed by the Italian Grand Prix, where Hamilton pulled out a 30-point lead over Vettel, Ferrari had been quicker than Mercedes nine times out of 14.

So did Vettel lose the championship despite having a faster car? Not quite. But he certainly had a car he could have won the championship with, and could have been closer to Hamilton. (Of course the same therefore applies to both drivers’ team mates.)

Ferrari’s slump in performance from Singapore to Japan was the final nail in the coffin for Vettel’s title hopes. But if had he made better use of the competitive machine he had earlier in the season it’s not hard to imagine the title fight could have gone down to the last race.

“Clearly we missed something,” Vettel reflected. “Not on purpose and not because something by default is set wrong. So it’s up to us to find a fix for it and make sure it doesn’t happen again.”

130 comments on “Analysis: Did Hamilton beat Vettel to the title with a slower car?”