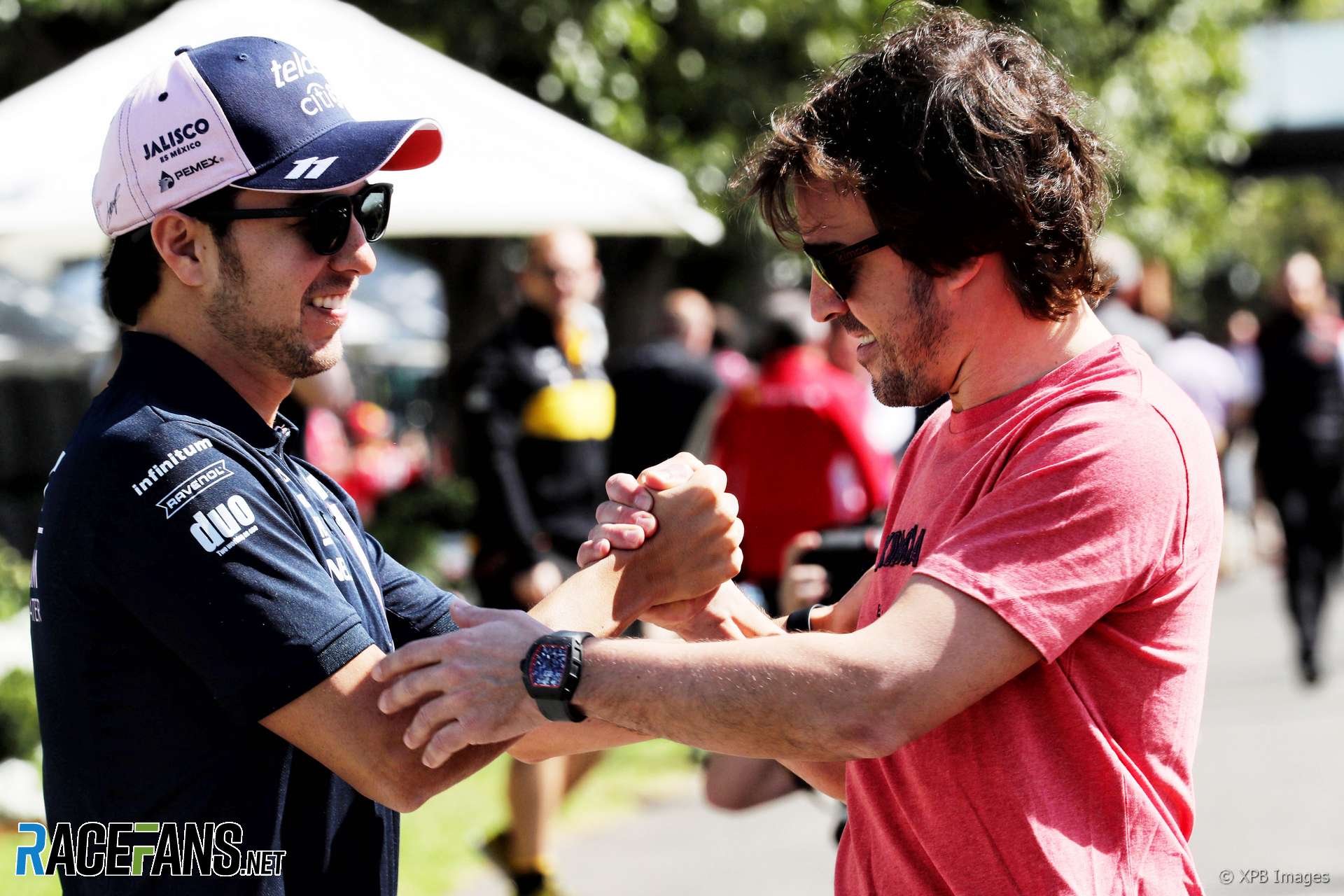 The McLaren driver will call time on his F1 career after next week’s season finale in Abu Dhabi. Perez described his rival as “a great driver, a fantastic personality and a great character.”

Alonso won the Le Mans 24 Hours earlier this year, moving him one step closer to claiming the ‘triple crown’ of motorsport which he hopes to complete by winning next year’s Indianapolis 500.

“He loves racing,” said Perez. “I have a lot of respect for him for what he has achieved in the sport but also for what he is trying to do out of the sport, with all the other titles that he is chasing. I think he’s definitely a great character for the sport and it’s a shame we lose him.”

Alonso has gone more than five years without winning a race in F1. “It shows how bad F1 is,” said Perez, “you have one of the best drivers in the world fighting in the midfield, trying to get some points every weekend. You put him in another car and he wins the championship.

“That’s just where F1 is at the moment. We are all in that boat.

“He has also been very lucky in his career that he had some very competitive cars and was able to win some titles, he has massive talent and he deserves the success he has had in his career and I wish him all the best. Maybe he will come back, who knows.”