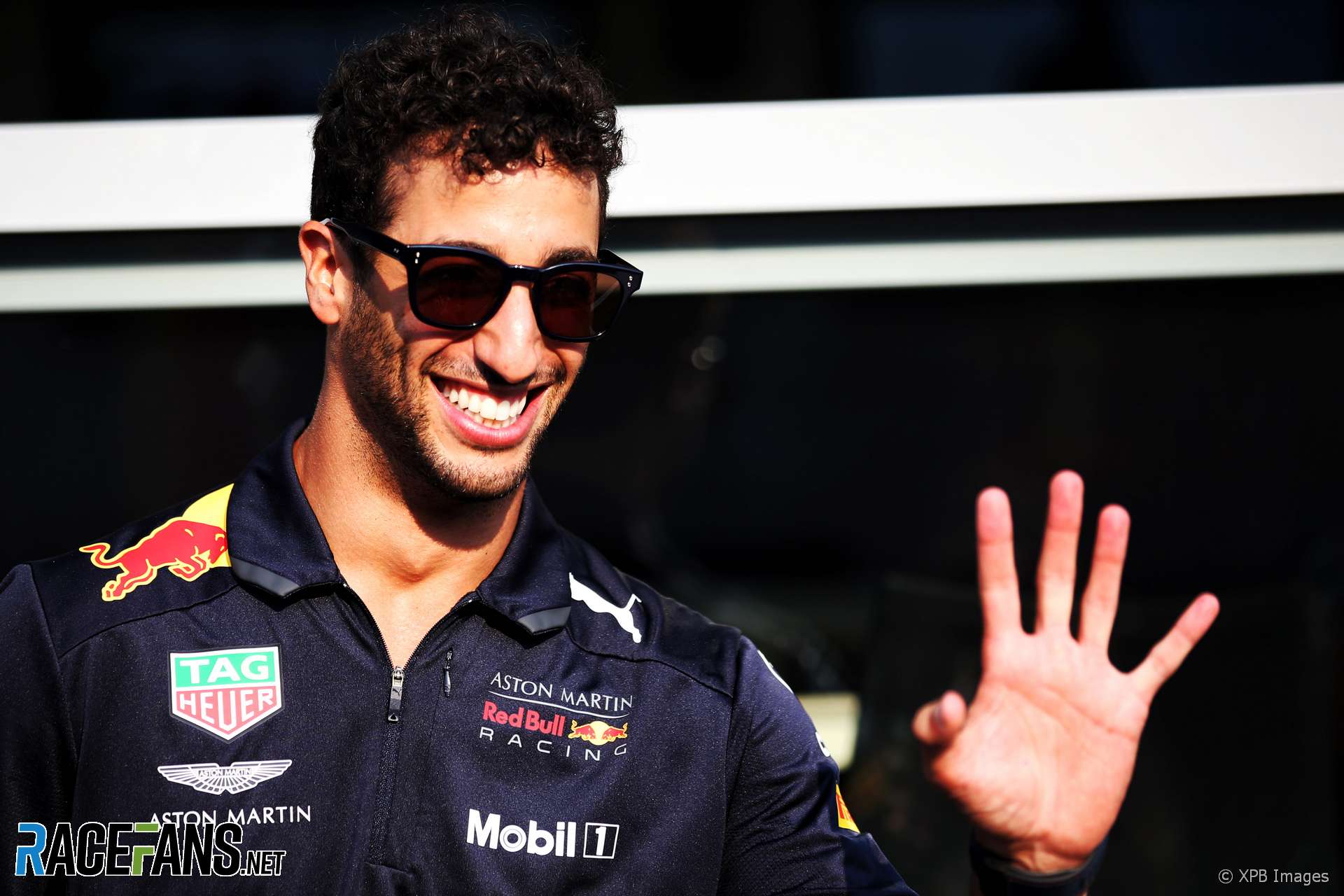 Daniel Ricciardo says he expects an “emotional” departure from Red Bull when he makes his final start for the team in Abu Dhabi next week.

His last start for the team will also be his 100th since he joined them from Toro Rosso in 2014 and scored his first of seven wins with the team.

“Abu Dhabi marks the end of five years with the team and 10 years with Red Bull itself.” said Ricciardo, who was part of Red Bull’s Junior Team before he reached F1.

“I’m sure it’s going to be emotional afterwards, especially when I cross the line for the last time with the team. But I’m going there guns a blazing, showing a lot of love. Hopefully the love shows me back and I can spray some fake champagne on Sunday, which would be a fitting farewell.”

Ricciardo is aiming to make his first visit to the rostrum since he won the Monaco Grand Prix in May.

“Abu Dhabi has always been a pretty good track for me and I enjoy going there. I’m yet to get an Abu Dhabi podium, but that would be a pretty awesome way to end my stint with Red Bull and to end the season.”