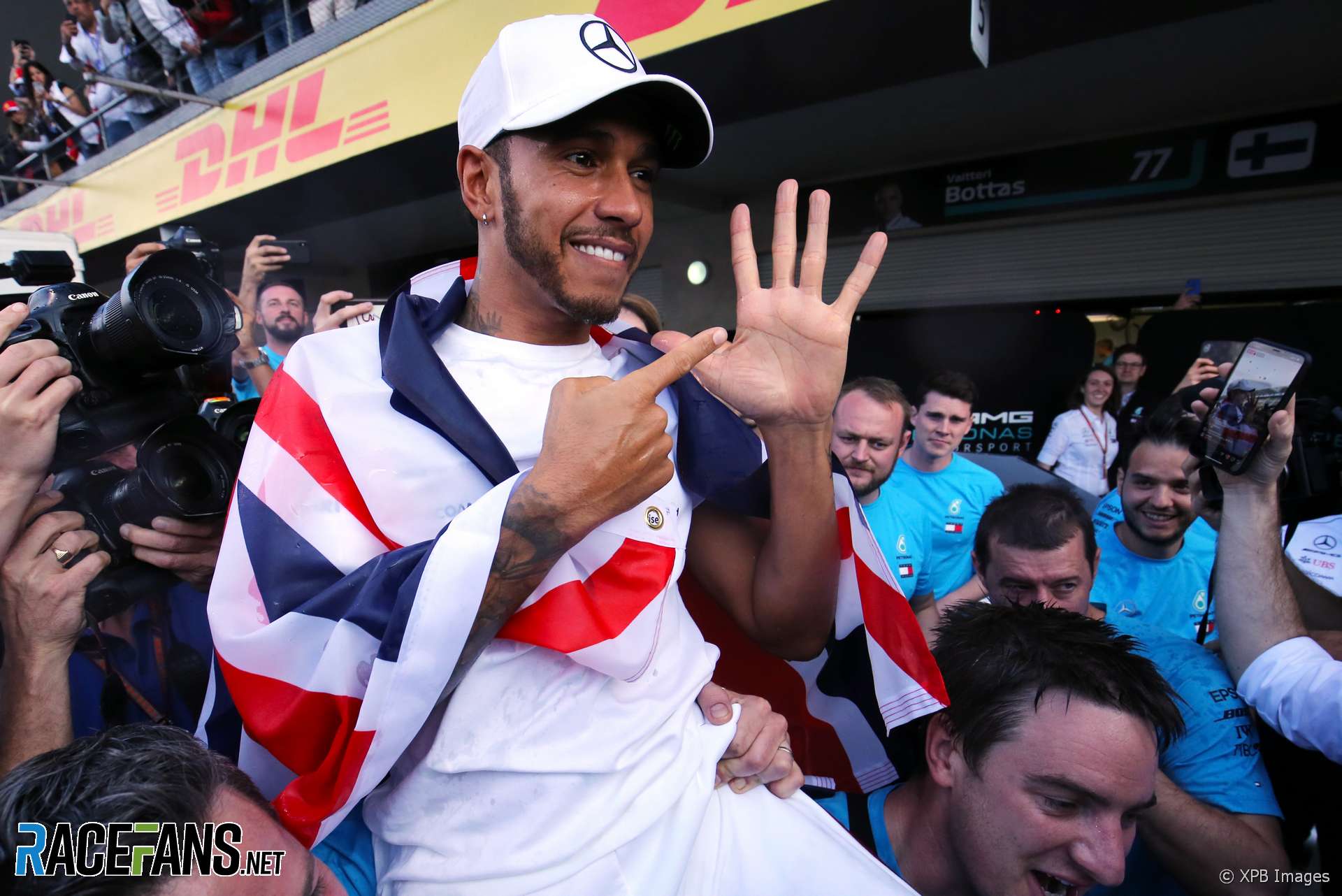 Wolff said Hamilton’s reaction after the team won the title in Brazil was “very emotional because this constructors’ championship meant so much to him.

“When I had a conversation with him on the Sunday night after Mexico we both didn’t feel happy. Here is a driver that just won his fifth drivers’ championship and was not satisfied because our objective – and this is without wanting to sound not humble – was to win both championships for the team.

“That’s why he was emotional and [trying to] understand the race situation. He wanted to finish this on a high and win the constructors’ championship in Brazil.”

“I didn’t really feel the celebration [in Mexico] because I knew that we still had another championship to win and I really needed to remain focused for the team,” he said. “I really came here focused on making sure that I could deliver for them.”

Mercedes faced the strongest threat from their rivals this year since the V6 hybrid turbo era began. But Hamilton said the team’s satisfaction at taking a fifth title in a row shows they are stronger than ever.

“Naturally the will to want to win is so high for everyone and the stakes are high. Ultimately, you could make mistakes and all these different things but we didn’t or I didn’t on the track, for example.

“To come in and see my guys who I’ve come along this great journey with and we’ve had a lot of success but we’ve still remained fierce and competitive. I think our relationship is better than it’s ever been so just that bond, it was just a great moment, plus it was a really hard race.”