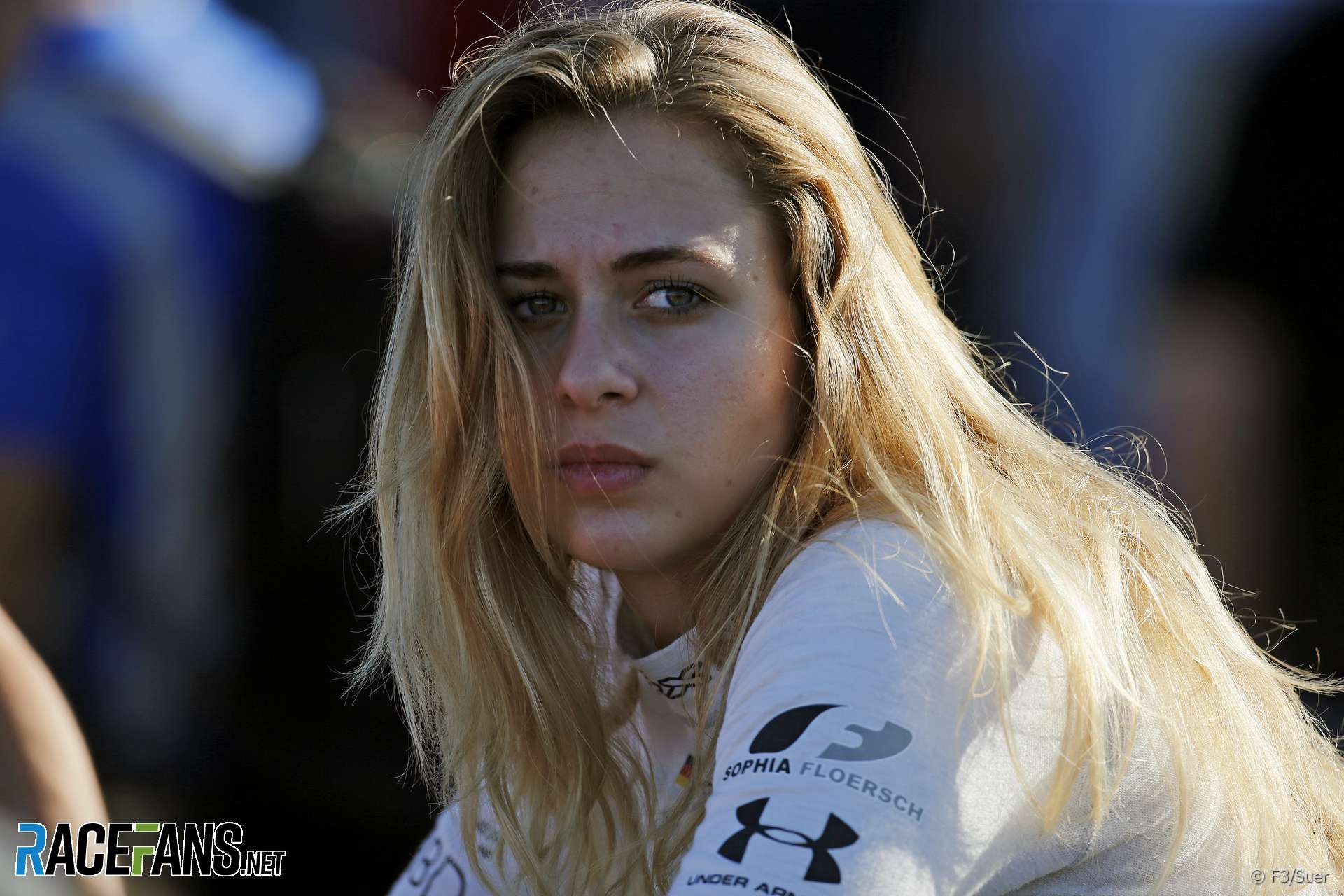 Five people including two drivers were injured in the huge crash during today’s Macau Formula Three Grand Prix, the FIA has confirmed.

Van Amersfoort driver Sophia Floersch was launched through a crash barrier at huge speed in the incident at the Lisboa corner on the fourth lap of the race. The cause of the incident is unclear, though Floersch’s car arrived at the corner much faster than the others and was launched when it struck Sho Tsuboi’s TOM’S machine.

Tsuboi has also been taken to hospital along with three others. A statement from the FIA described them as a marshal and two members of the media. All five were “transferred to a local hospital in a conscious state for further evaluation”, the FIA said in a statement.

Floersch posted a message on social media saying she is “fine” but confirming she will have surgery on Monday.

“Just wanted to let everybody know that I am fine but will be going into surgery tomorrow morning,” she wrote. “Thanks to the FIA and HWA/Mercedes [engine supplier] who are taking great care of me.

“Thanks to everybody for the supporting messages. Update soon.”

FIA president Jean Todt said the sport’s governing body is “mobilised to help the victims and analyse what happened. We will monitor the situation and make the necessary conclusions.

“All my thoughts are with Sophia Floersch and the others injured. I wish you all a safe recovery.”

The race was stopped while the crash scene was cleared. Dan Ticktum won the restarted race.

69 comments on “Floersch, Tsuboi and three others injured in huge Macau F3 crash”