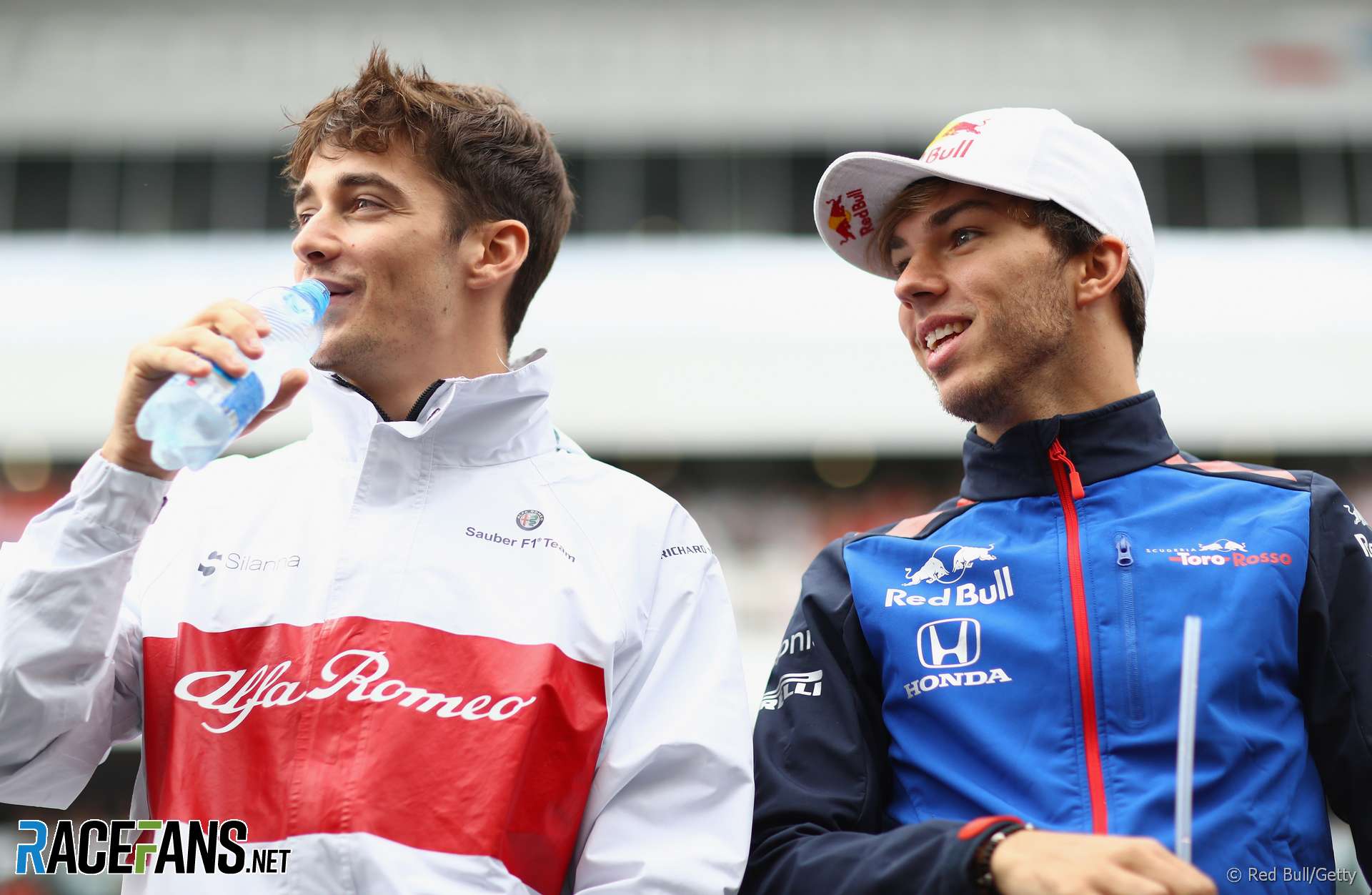 In the round-up: Pierre Gasly says a new generation of talent is arriving in Formula 1.

Gasly says the recent influx of new talent into F1 is good for the sport:

I think honestly we had a pretty good generation with Charles [Leclerc], Esteban [Ocon] because we raced together since 2005. So the fact that we kept racing each other every year, I think it was useful for all of us trying to extract the best of ourselves and it kind of raised our game for all of us. It was a really good thing.

We see also some new guys like [Lando] Norris coming and [George] Russell. Kind of a new generation coming into Formula 1. Probably for the people that didn’t follow the F1 in the last five years [who] will start follow again either next year or in two years the grid will change quite a lot.

But I think it’s a pretty good thing, fresh people in Formula 1, I think we have a lot of ambitions, all of us, we know what we want and it’s great. We’ve been growing together in the lower series and now we are at the top of motorsports still fighting and hopefully will keep going for the next few years.

Barry Bland was a man with a vision. 40 years ago he launched Formula 3 in Macao, an event that gave a lot to motorsport from many points of view.We miss him a lot: today there is less vision and more politics. Hope this event will survives with the same values it has always had. pic.twitter.com/yvJ3tjkNMx

A special helmet for Mick Schumacher in celebration of winning the 2018 FIA F3 championship.#MacauGP #KeepFighting pic.twitter.com/Ftwf5ILL9e

#MacauGP Saturday. It's at this point in the weekend, I'm totally wrecked from walking miles on miles on miles and on the third consecutive 14hr day. But the big day is tomorrow! #Macau pic.twitter.com/9x59jIKk6Y

"Driving the Sauber C32-Ferrari feels incredible, and the sound and power of the V8 engine are amazing. Tomorrow we will work on simulating some qualifying and race laps in the afternoon, which I look forward to very much."

"World-renowned watch manufacturer Rolex has extended its partnership with Formula 1 to be the title sponsor of the Australian Grand Prix in 2019."

"The 30-year-old's successes this season have bolstered his superlicence points tally by 35, taking him to the 40-point threshold required to be eligible to drive in F1."

Opinion: Why Hamilton is great for Britain (Northwich Guardian)

"When things haven’t gone his way Lewis hasn’t lost his composure, lashed out venomously at his opponents or criticised his manager. He’s addressed his own failings, dug deep and worked harder. Isn’t that a great example for kids no matter what their ambition?"

Alexander Rossi had a near-missed on the Baja 1000 when someone drove the wrong way along part of a stage.

Is it unrealistic to believe F1 can enforce a cost cap?

The cost cap alone isn’t going to work, funds needs to be distributed more evenly, that’s the only way it can sort of work, obviously this is easier said than done.

A cost cap will not work. It will be impossible to police. Big teams like Ferrari, Mercedes and Red Bull (which buy all their engineering resources from Red Bull Technologies) will have so many ways ‘hiding’ expenses in different parts of their huge companies. So status quo will remain.
@Jaymenon10