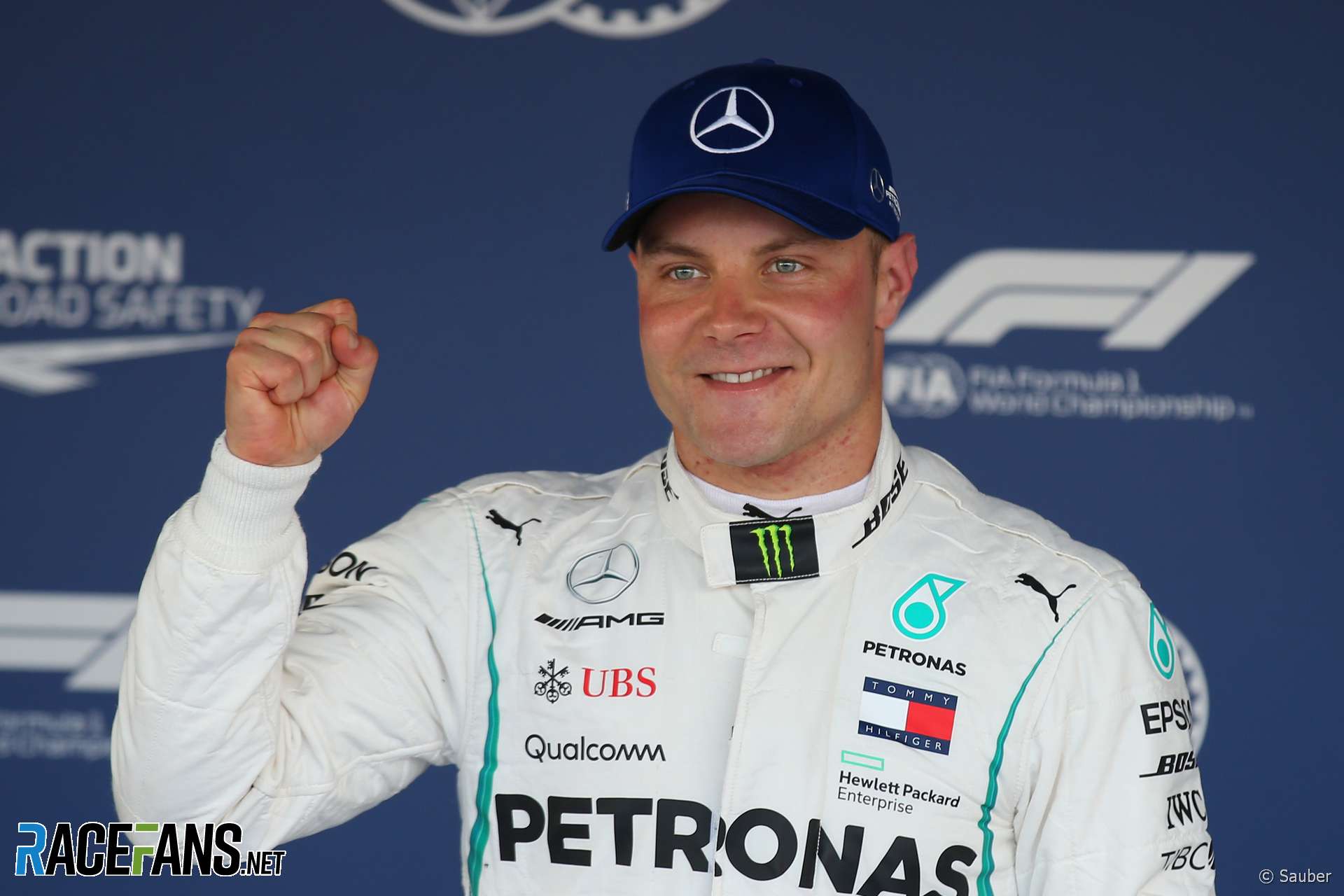 Mercedes team principal Toto Wolff says he is especially keen to see Valtteri Bottas score his first win of the season in this weekend’s season finale at Yas Marina.

Bottas hasn’t taken a win since his victory in this race last year. Lewis Hamilton scored all 10 of the team’s victories this season on his way to winning the drivers’ championship.

Mercedes clinched the constructors’ title at the last race in Brazil. “The championship pressure is off so we can look at this as one race where we can really go for broke,” said Wolff.

“Our Silver Arrow has won 10 races so far this season and we all want to add one more to that score – especially Valtteri, who has lost out on wins this season through bad luck and team orders.”

Bottas had to forfeit a likely victory in the Russian Grand Prix to help Hamilton in the drivers’ championship. Hamilton has said he doesn’t believe his team mate wants to be handed a win in return.

If Bottas fails to win a race this weekend he will be the first driver to complete a full season in a Mercedes without taking a victory since Michael Schumacher in 2012.

Wolff believes the progress the team has made with its low-speed cornering performance will put them in good shape at Yas Marina. However he expects “a tough battle because both Red Bull and Ferrari will have the same target of taking good momentum into the winter.

“We have taken four wins in a row at Yas Marina, although it’s a track with a lot of slow and medium speed corners. We’ve made some good steps forward when it comes to our car’s performance on similar tracks, so we’re confident that we can perform strongly in Abu Dhabi as well, and end this incredible 2018 season on a high.”